Love Island fans are gripped by the ongoing drama in the Majorcan villa after the explosive Casa Amor recoupling.

It was a difficult watch for Yewande Biala who was dumped from the island last week after losing her man, Danny Williams, to Arabella Chi.

The scientist appeared on Good Morning Britain earlier today to respond to the latest splits and arguments.

It seems she’s been quite surprised by the events, particularly involving Curtis Pritchard and Amy Hart, and has branded the former a “game player”.

Curtis and Amy were getting on well, but the professional dancer was having a doubts and decided to chat up Jourdan Riane, who wasn’t interested in him.

The Dancing With the Stars favourite then proceeded to tell his half-girlfriend what went on for the sake of transparency, obviously causing heartbreak.

Yewande thought the whole thing was rather suspicious and was quick to share her opinion with Adil Ray and Susanna Reid.

“Curtis really shocked me. I’m still confused how you can go from zero to 100 real quick.

“It makes me question everything,” Yewande admitted. 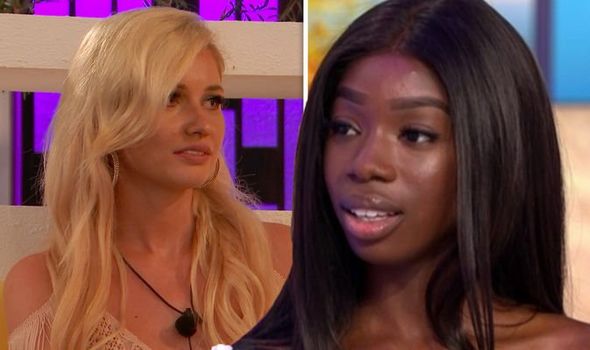 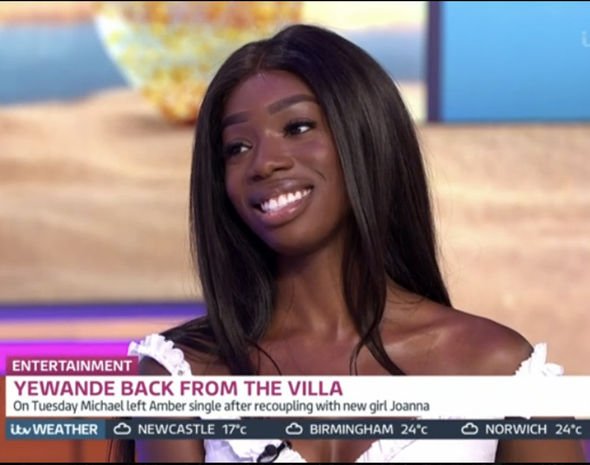 Yewande also discussed Amber Gill and Michael Griffiths, who split up when he chose to recouple with Joanna Chimonides.

She said: “I’m really disappointed in the way he handled this situation he didn’t once apologise or even accept what he’s done.

“He never once accepted responsibility for his actions.”

Meanwhile, Amber has been dealt an incredibly cruel blow because of Michael’s recoupling.

Now she is single, she’s now in danger, and is currently the favourite to leave. 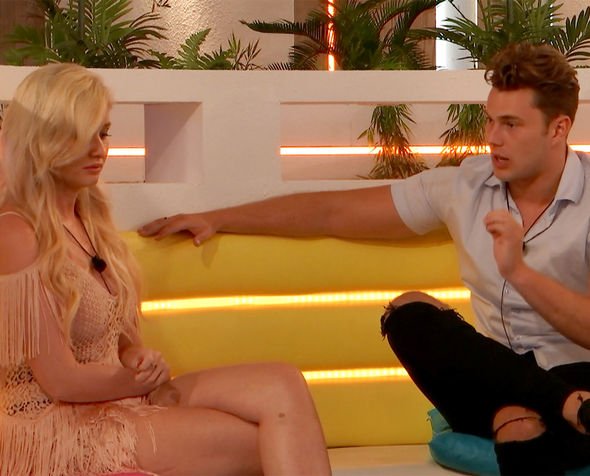 According to Coral bookmakers, she’s 2/1 favourite to be dumped from the island.

Furthermore, Michael has done himself damage as his odds have dropped to 10/1 on whether he will win.

“Michael caused chaos last night and although he might think the future is brighter with Joanna in our eyes his chances of winning are certainly smaller now,” Coral spokesperson Harry Aitkhead exclusively revealed to Express.co.uk.

“The new couple are 10/1 to go all the way and Tommy and Molly-Mae are going to be very hard to beat,” Harry explained before adding Amber isn’t out the game completely.

“Amber has her work cut out now but all is not lost. We think she’ll recouple and could well have the public on her side now, so she can’t be ruled out.”