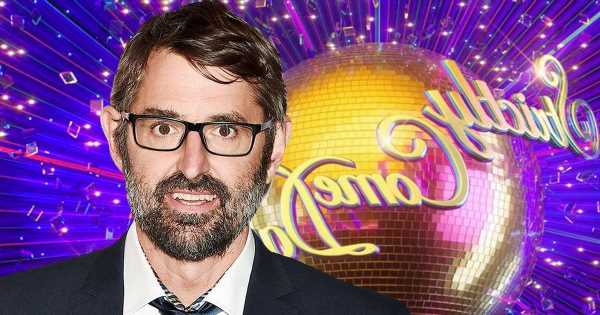 Louis Theroux has hinted that he wouldn't say no to appearing on Strictly Come Dancing in the future.

The veteran broadcaster may be known for his hard-hitting documentaries but he is keen to showcase his dancing skills, admitting he frequently busts out a few moves after a drink.

During an appearance on The Jonathan Ross Show, Louis, 51, admitted a television talent show is something he'd be keen on putting himself forward for.

However, he did rule out The Masked Singer, when asked if he would compete on the ITV show, he responded: "I like to do something like that once in a while.

The Singapore-born star continued: "You have to pick it carefully.

"I've seen [The Masked Singer]. I haven’t got a brilliant voice, I've got a very narrow range in which I can hold a tune."

However, he went on to say: "I like to think I’m a good dancer.

"I know I’ve had too many drinks when I'm in the kitchen dancing while listening to something on the smart speaker – often hip-hop – and I start doing the funky robot and then I start doing MC Hammer spins.

"And that’s where it happens and I start thinking I should really go on Strictly."

Louis also revealed that he is currently working on a new project with fitness guru, Joe Wicks.

While promoting his book, Theroux The Keyhole, he said: "My other way of coping in lockdown was exercise, so I would do a Joe Wicks.

"I became a slight missionary convert to the Joe Wicks programme of exercise."

However, he feared that he may have upset Joe during the lockdown period after a video of him doing an impression of The Body Coach went viral.

"I think he was possibly confused, maybe his feelings were even a little bit hurt," he explained.

Louis added: "I had reason to speak to him on a podcast and I apologised, I said ‘Your workouts really meant a lot, I didn’t mean to offend.

"We’re doing a documentary together, it’s a profile of Joe Wicks.

"He did an amazing episode of Desert Island Discs where he talked about his family and his parents, I’m not in it, I’m just helping to produce it."

The Jonathan Ross Show airs on Saturday nights at 9.30pm and on ITV and the ITV Hub.

For more of the latest showbiz news from Daily Star, make sure you sign up for one of our newsletters here.