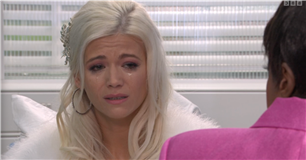 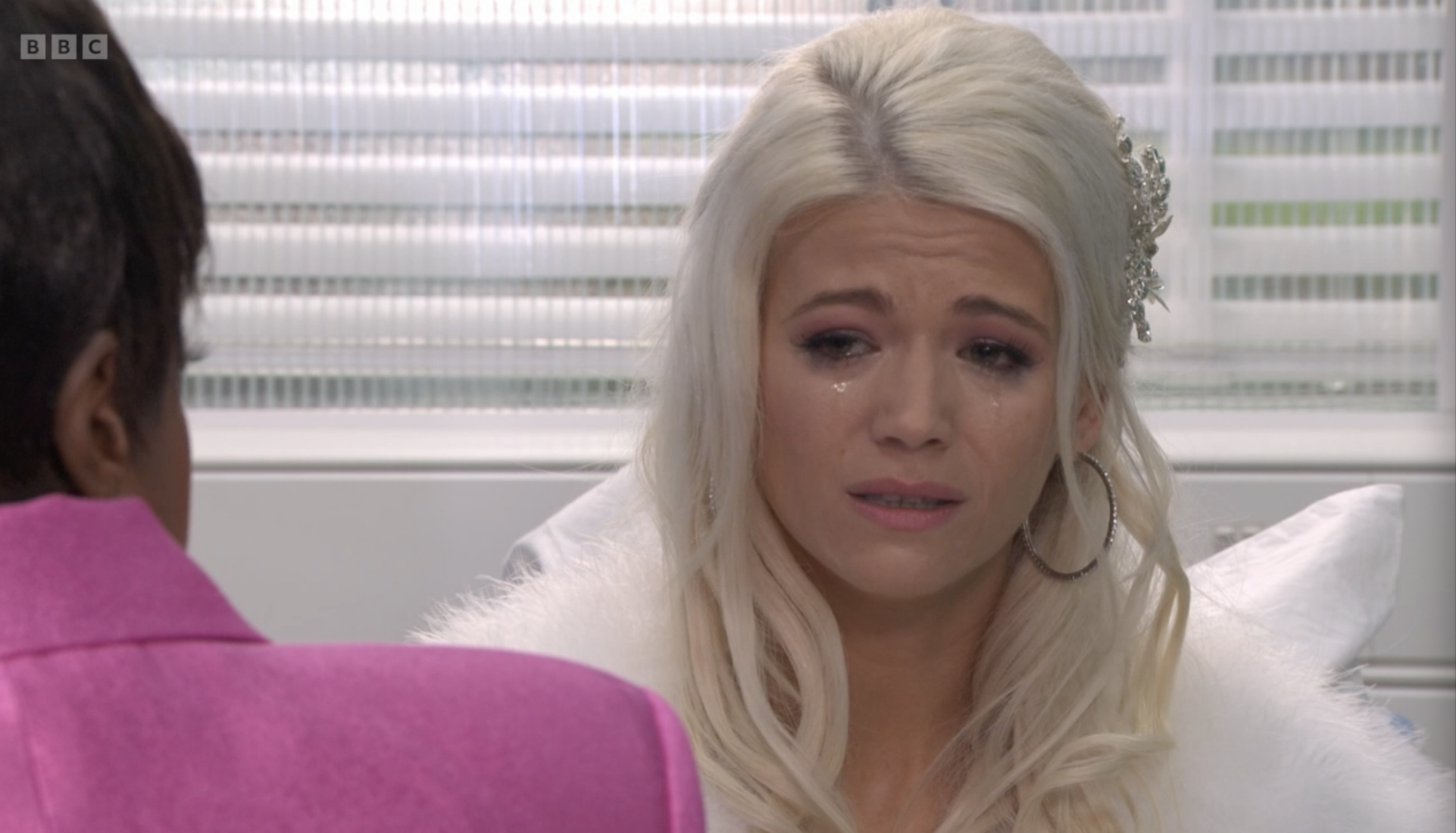 Lola Pearce (Danielle Harold) declared that she could no longer marry Jay Brown (Jamie Borthwick) in EastEnders, after a hospital dash on the morning of their wedding.

The bride-to-be, as viewers know, was diagnosed with a terminal brain tumour late last year, and is currently undergoing treatment in a bid to buy her as much time as possible.

Jay, meanwhile, decided over the festive season to not waste a single second of the time that they’ve got together, and therefore he popped the question to Lola, who ultimately said yes.

The two lovebirds have spent the past month organising their wedding and enjoying their stag and hen dos, with the big day finally arriving during the latest offering of the soap.

Lola, however, started to grow concerned after a nosebleed, fearing that her symptoms are getting worse.

Kim Fox (Tameka Empson) resolved to put the bride’s worries at rest by taking her to the hospital, where doctors confirmed that there had been ‘no sign of rapid advancement,’ but Lola was adamant that – given the uncertainty of her future – she must call the wedding off.

Can Kim convince Lola to go through with the ceremony? Or will Lola follow through and cancel?

Jay hasn’t a clue that Lola is having second thoughts, given that he spent the morning berating Billy Mitchell (Perry Fenwick) for going behind Lola’s back, meeting with her long-lost mum Emma Harding (Patsy Kensit), who refused to come to the wedding.

EastEnders continues Thursday January 26 at 7:30pm on BBC One.