Apple has unveiled the first official look at “Lisey’s Story,” the upcoming Stephen King adaptation from director Pablo Larraín. Julianne Moore stars in the show opposite Clive Owen. In a rare step, every episode of the series was personally written by King. “Lisey’s Story” was published in October 2006 and won the 2006 Bram Stoker Award for Best Novel.

The official “Lisey’s Story” synopsis from Apple reads: “‘Lisey’s Story’ is a deeply personal, pensive thriller that follows Lisey Landon (played by Julianne Moore) two years after the death of her husband, famous novelist Scott Landon (played by Clive Owen). A series of unsettling events causes Lisey to face memories of her marriage to Scott that she has deliberately blocked out of her mind. Joan Allen, Jennifer Jason Leigh, Dane DeHaan, Ron Cephas Jones and Sung Kang star alongside Moore and Owen.”

“Lisey’s Story’ means a lot to me because its the one I love best,” King said earlier this year the show’s TCA panel. “It’s a story about love and marriage and the creative impulse and also has a kick-ass villain in it. My idea is to be all the way in as much as possible… This is a passion project.”

Speaking to The Washington Post earlier this year, King explained that “Jackie” and “Neruda” director Larraín was the perfect director for the project by saying: “He’s got a lot of ideas that don’t depart from the through line of the story but are beautiful visual things, with a lot of energy involved. It’s like having more depth perception, because I’m like one eye and he’s the other eye.”

King continued, “If you’re going to really succeed in this business, get people you know are talented and then say, ‘Okay, I’m going to step back. I’m not going to be looking over your shoulder and fiddling in your stuff. Go ahead and do the stuff you’re good at doing.’”

The eight-episode “Lisey’s Story” will premiere with the first two episodes on Friday, June 4, followed by new episodes every Friday afterwards until the end of the season. Check out more first look photos from the series below: 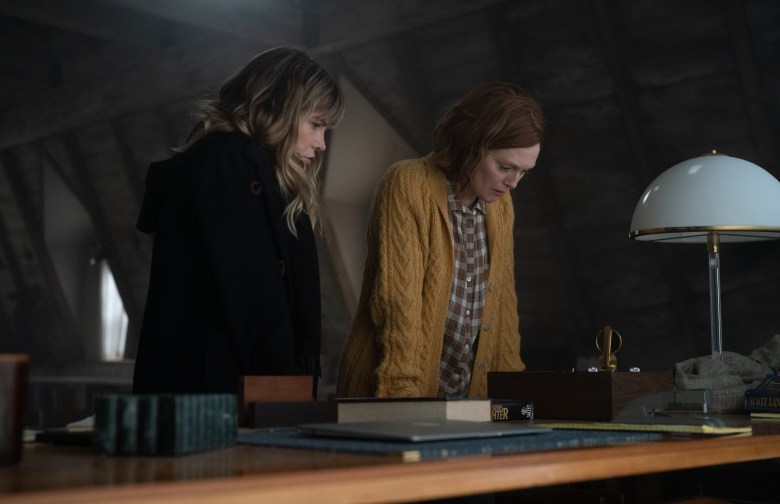