LINE of Duty fans have branded ice queen DCS Patricia Carmichael "the face of 2020" after her epic return.

The Detective Chief Superintendent – played by Anna Maxwell Martin in the hit BBC show – turned up to the AC-12 office unexpected last night with some very bad news. 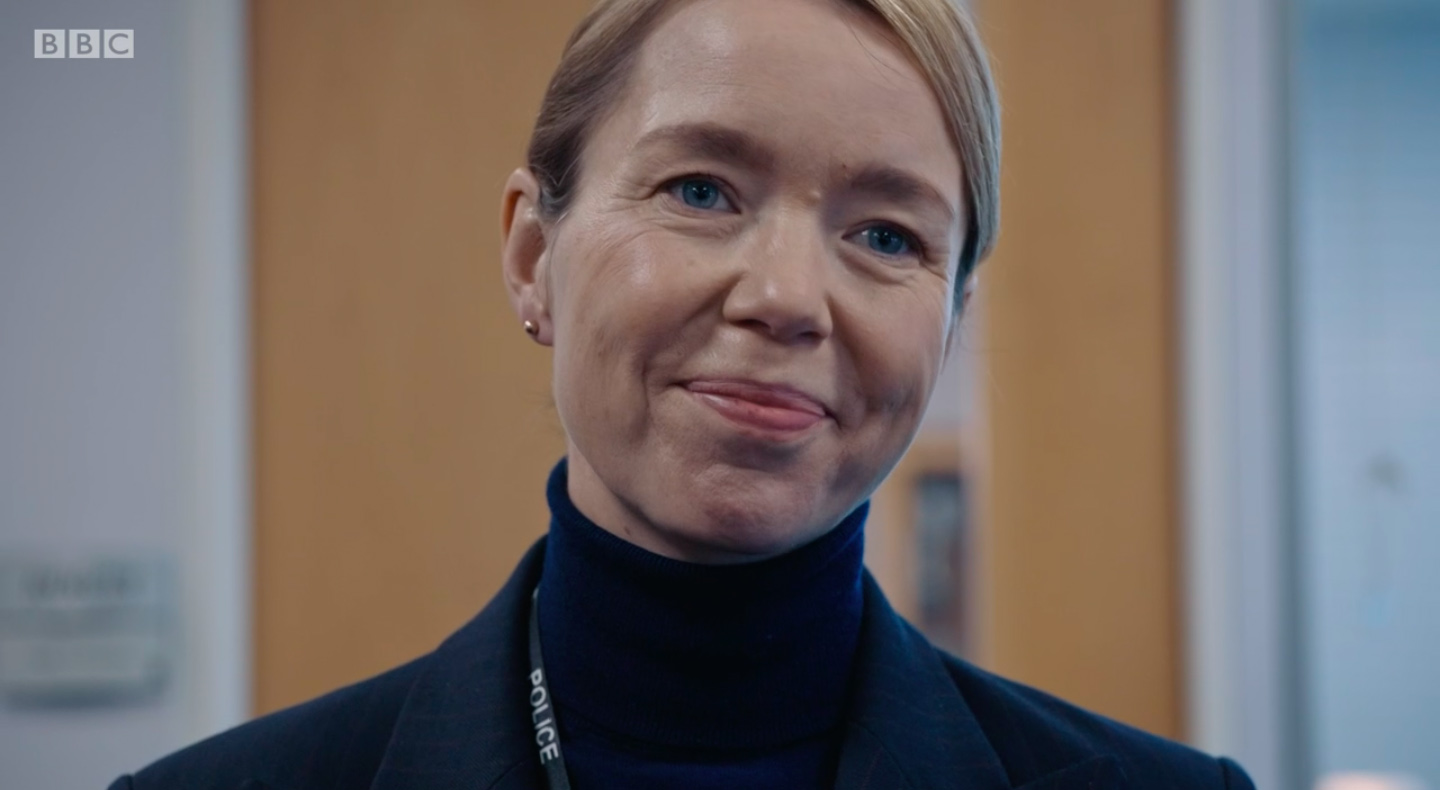 While SI Hastings, DI Arnott and DC Bishop were discussing some important issues in a separate room, Carmichael made a very dramatic entrance to their office.

Her greeting was short and unwelcoming and she even managed to throw a dig in at those who weren't present.

She told the force: "One or two familiar faces, one or two conspicuous by their absence…

"For those of you for whatever inexplicable reason don't know I'm Detective Chief Superintendent Patricia Carmichael. I don't mind Ma'am or boss. I'm not a huge fan of governor or gaffer…" 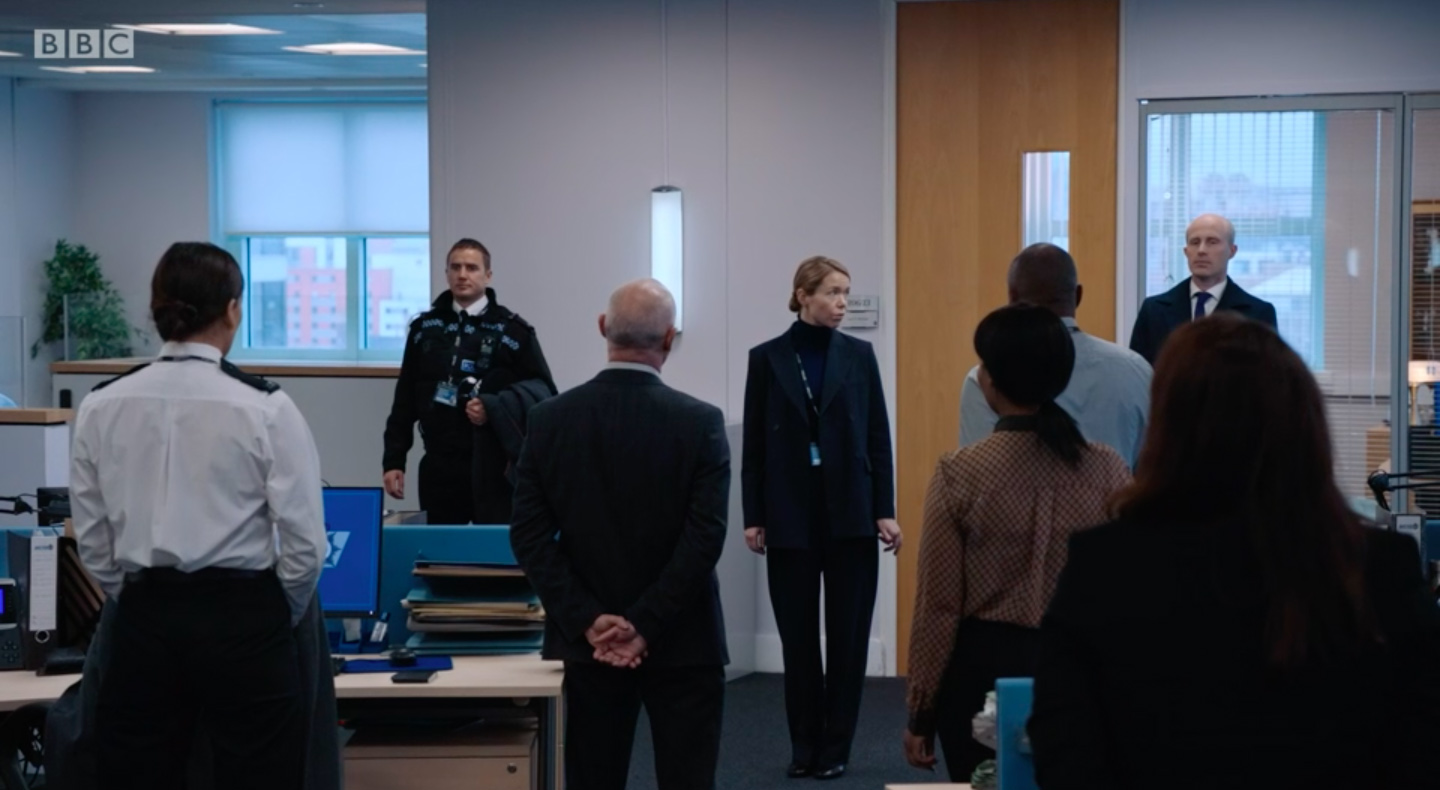 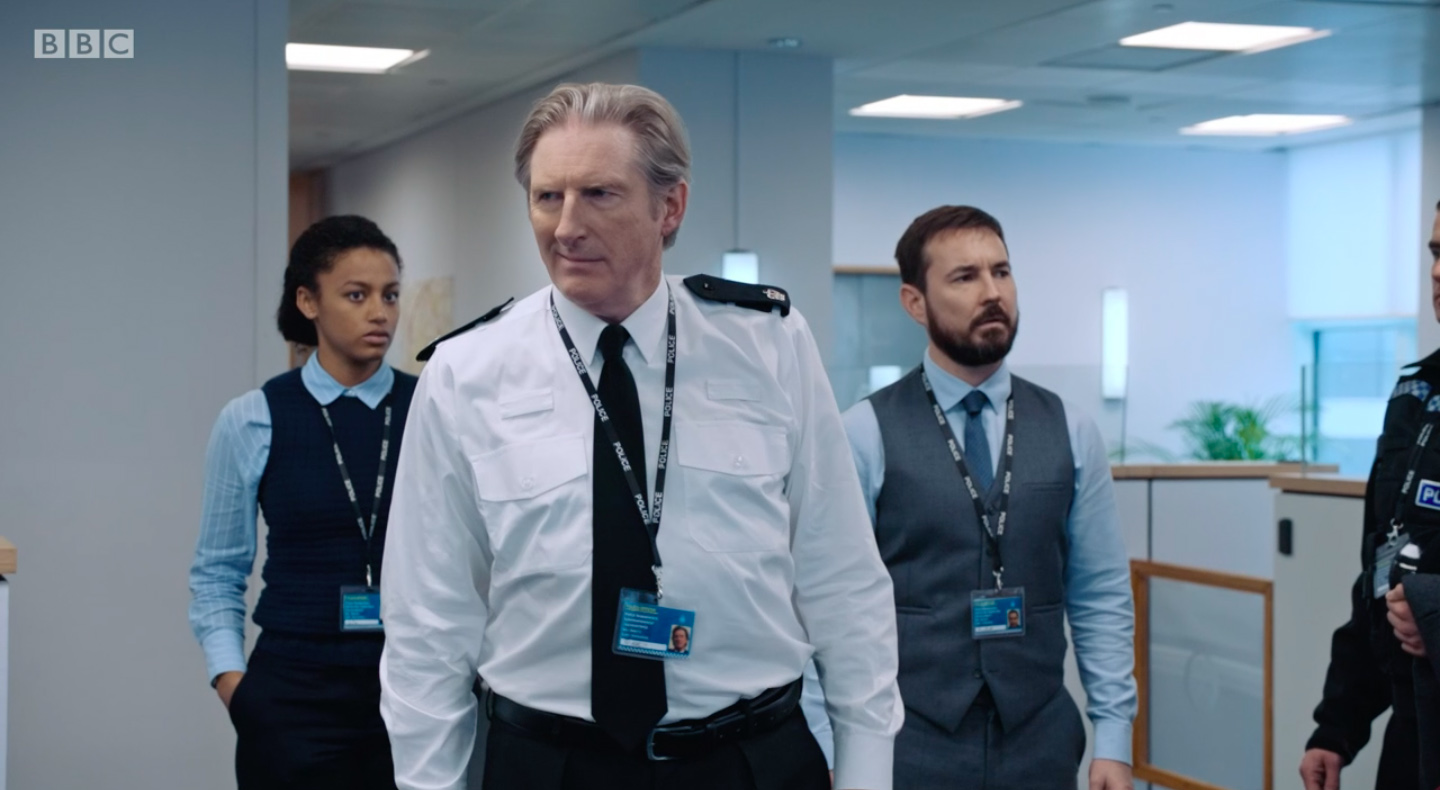 As Hastings, Arnott and Bishop returned to the room, they were left baffled by why she was paying a visit.

"Superintendent Hastings. Sorry to barge in on you like this… all will become clear. Can I have a moment in your office?"

Hastings has already been left fuming after he was told by Deputy Chief Constable Andrea Wise that they want to make huge cuts within his team.

And in yesterday's instalment, once again AC-12's work was undermined by their superiors. 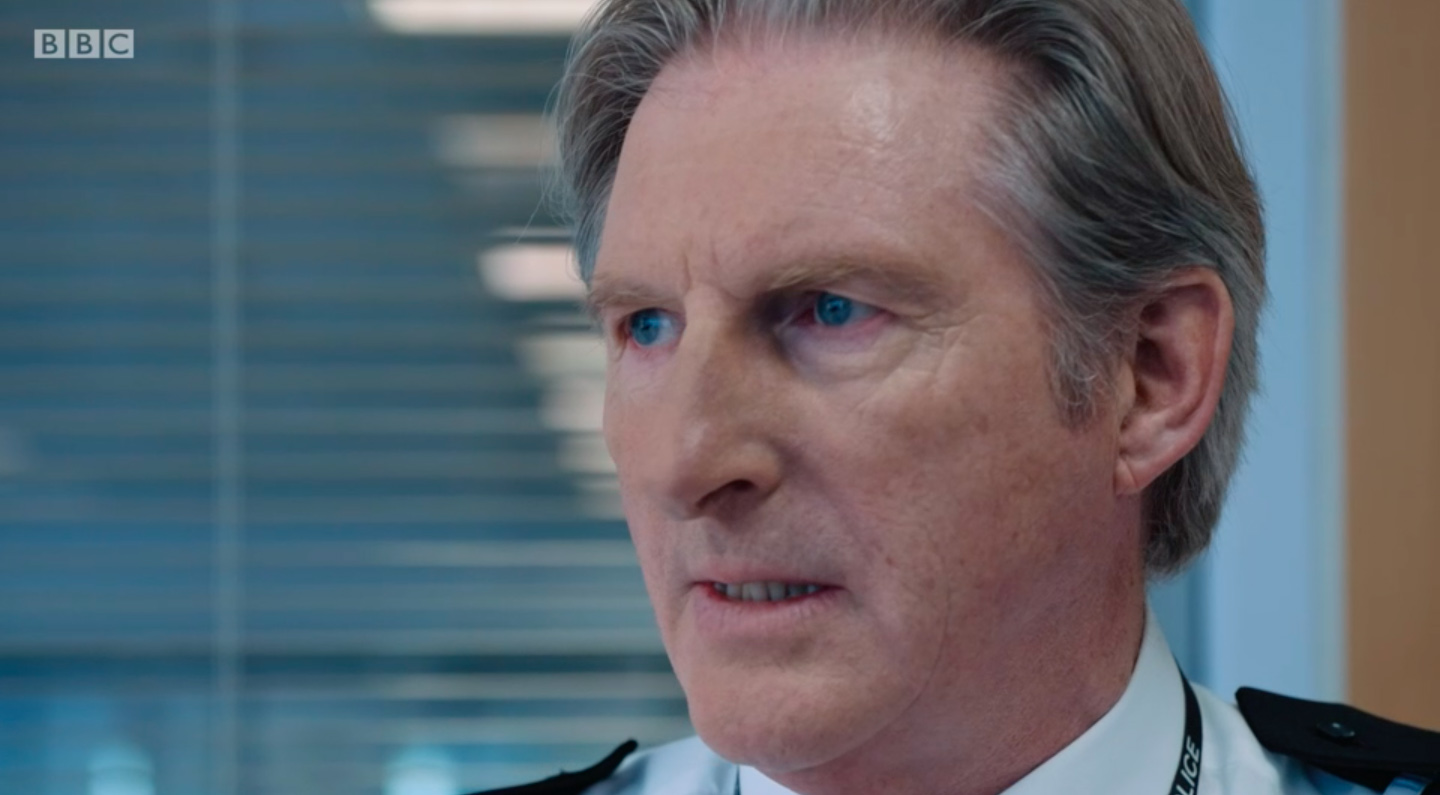 She told Hastings to drop the proceedings against DSI Ian Buckells to "avoid the humiliation of a cracked trial" and suspended all of their surveillance operations to be suspended immediately.

Hastings hit back: "Ma'am I must protest. I have officers in the field.

"We are so close to breaking up an operation lighthouse and an OCG involvement in Gail Vela's murder."

One fan wrote: "12 hours later Patricia Carmichael is still pissing me off #LineOfDuty."

Another tweeted: "I want to back hand slap that Carmichael b***h."

A third added: "Omg they brought back that Carmichael prick, I hate her."

Carmichael's decision to suspend all surveillance definitely left one officer in a bit of a sticky situation.

DI Kate Fleming had organised officers to watch both Acting Detective Superintendent Joanne Davidson and Constable Ryan Pilkington because she's had growing suspicions that they're part of the OCG.

Pilkington is now on to her and knows that she's up to something.

The Constable made SI Davidson organise to meet up with Fleming in a shady place so that he could kill her.

The end of the episode saw a huge gun showdown, where the Pilkington and Fleming were both telling each other to drop their guns.

If AC-12's surveliance was still following the pair around they would have been able to get back up for Fleming.

Could Carmichael be the reason why Fleming might be dead?

OR do you think that evil Pilkington has finally got his comeuppance?

Line of Duty continues this Sunday on BBC One at 9pm.