The singer, 25, and the model, 48, have been coy on their romance but their schedules have been in sync recently, with the pair spotted at the same events, and now it looks like their wardrobes are pairing up, too. 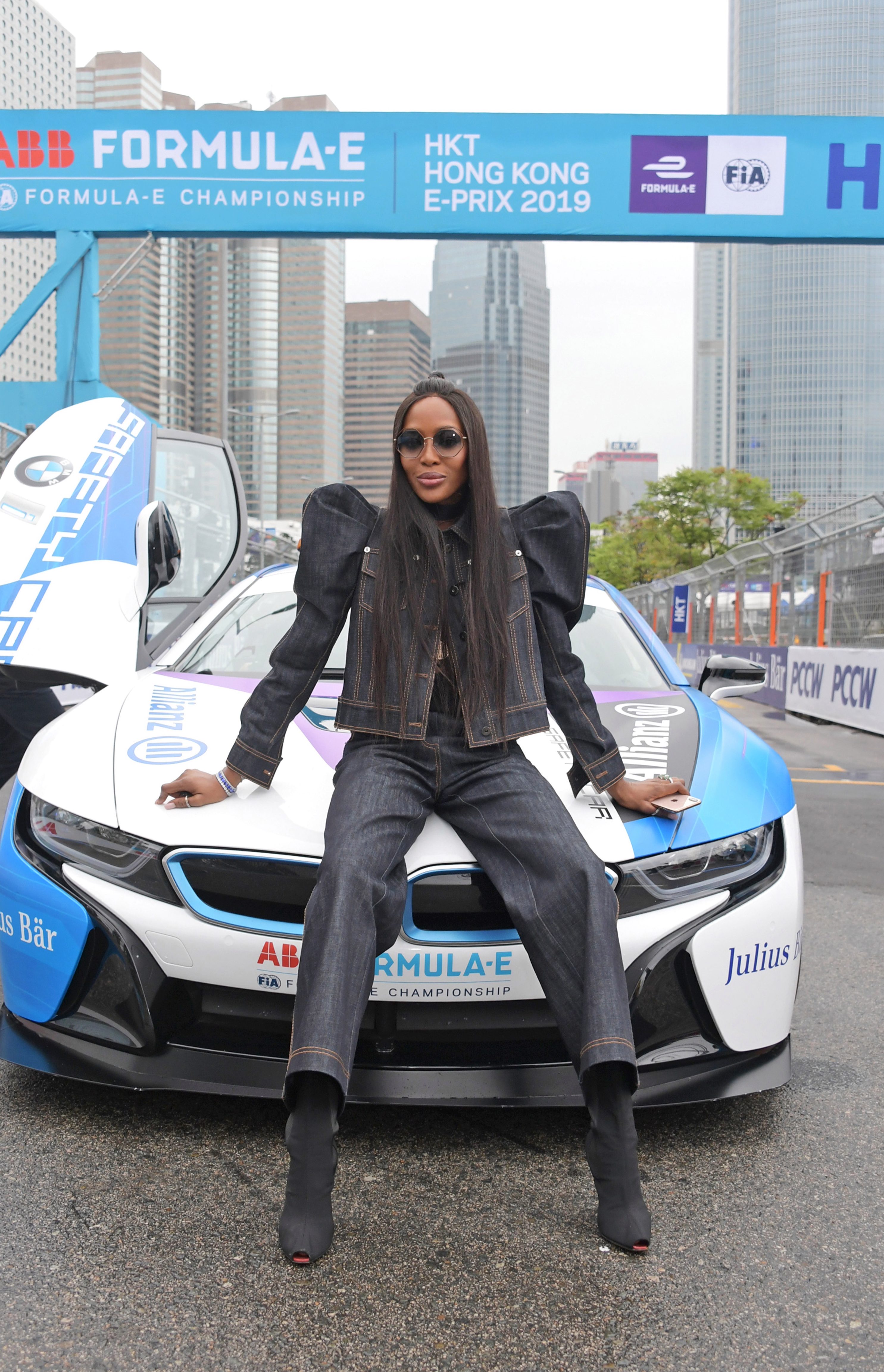 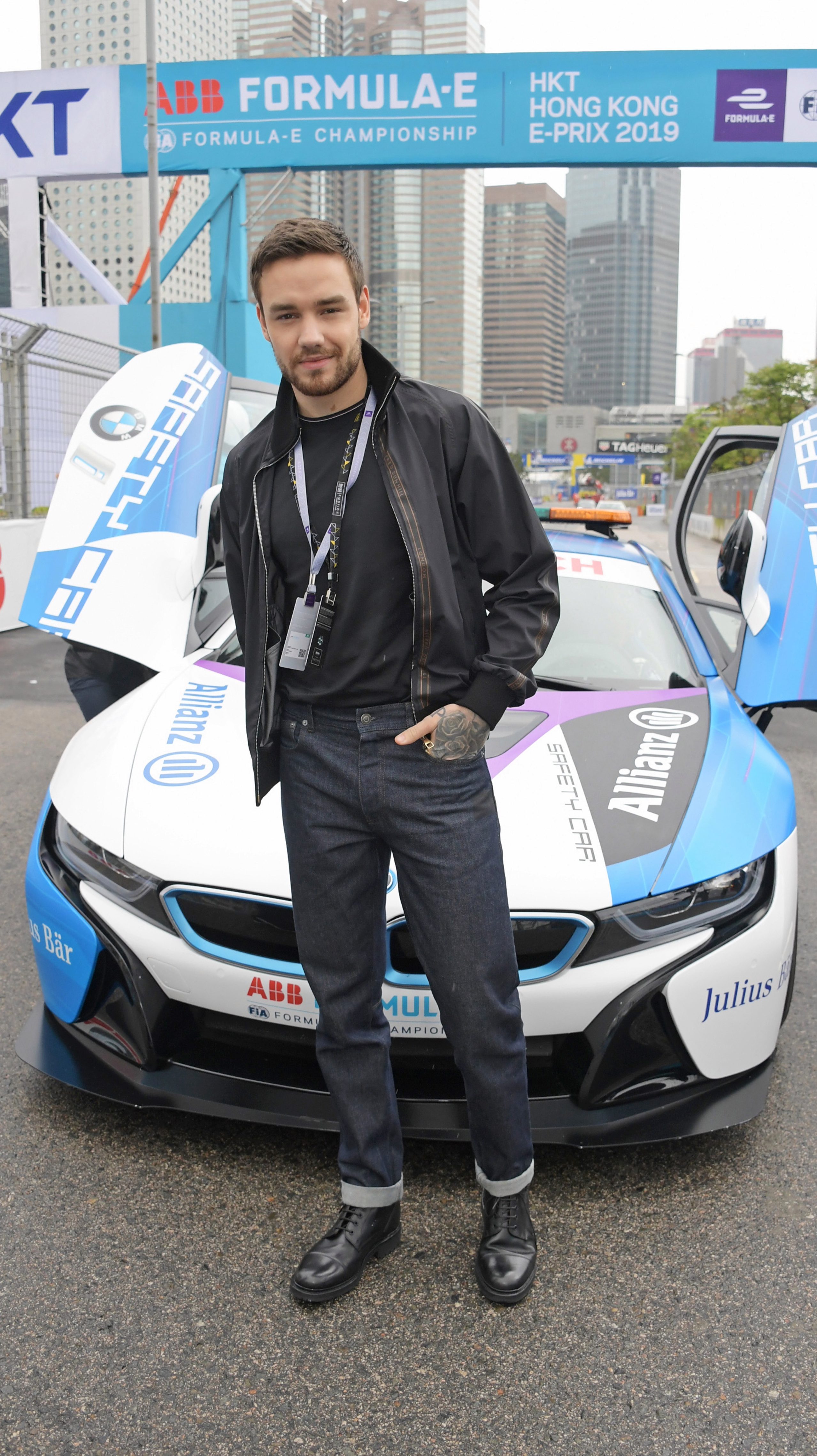 They opted for dark denim at the race meet. Naomi made a statement with huge padded shoulders while Liam went for smart turn ups and a black jacket.

Posing in front of a sporty BMW, both Liam and Naomi looked like they were having a blast; taking it in turns to jump in the passenger seat.

The Sun recently revealed that Naomi found Liam 'too clingy' and she ended an interview after she was quizzed about their romance earlier this week.

But she was spotted half way across the world at the same event as the One Direction star on Saturday. 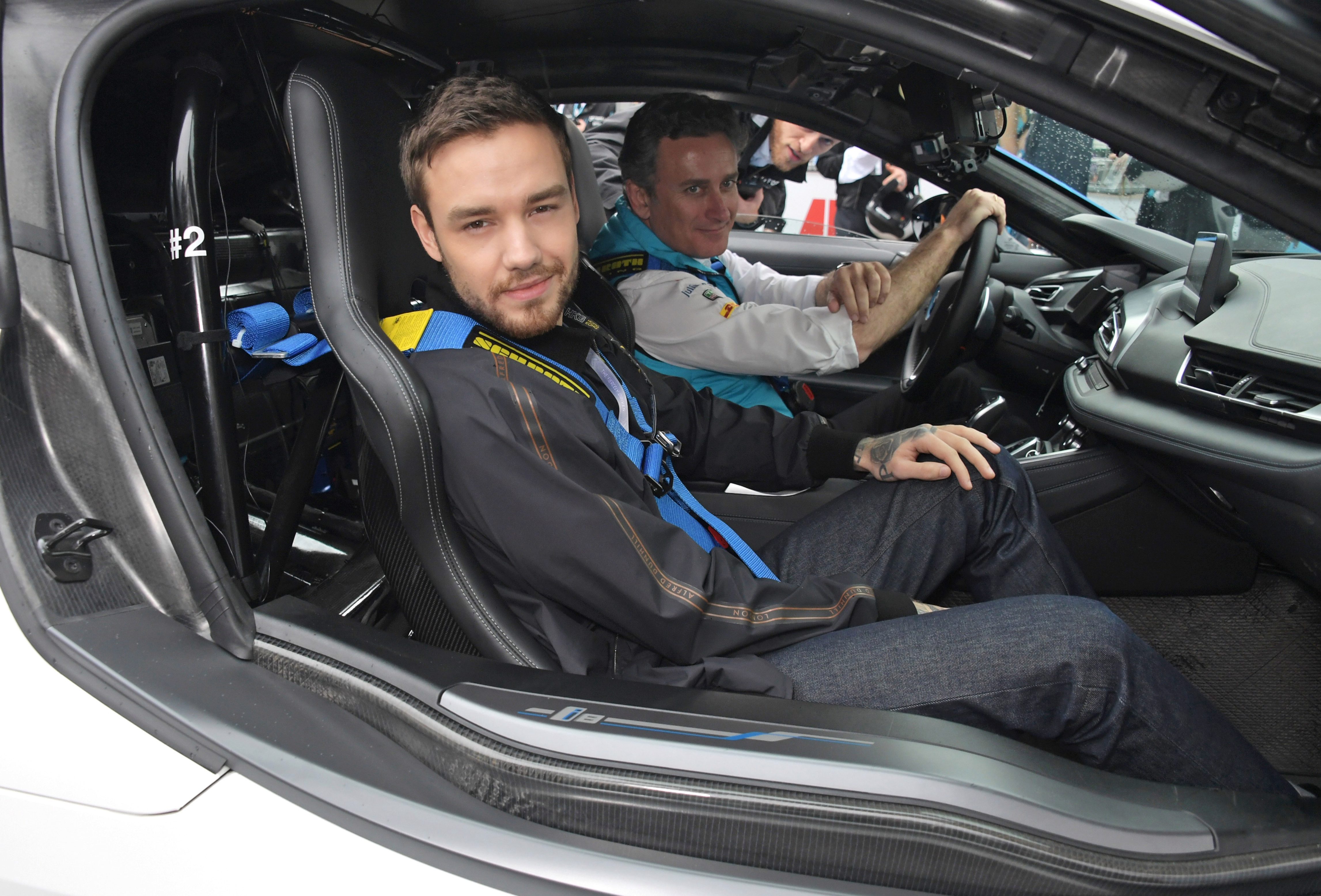 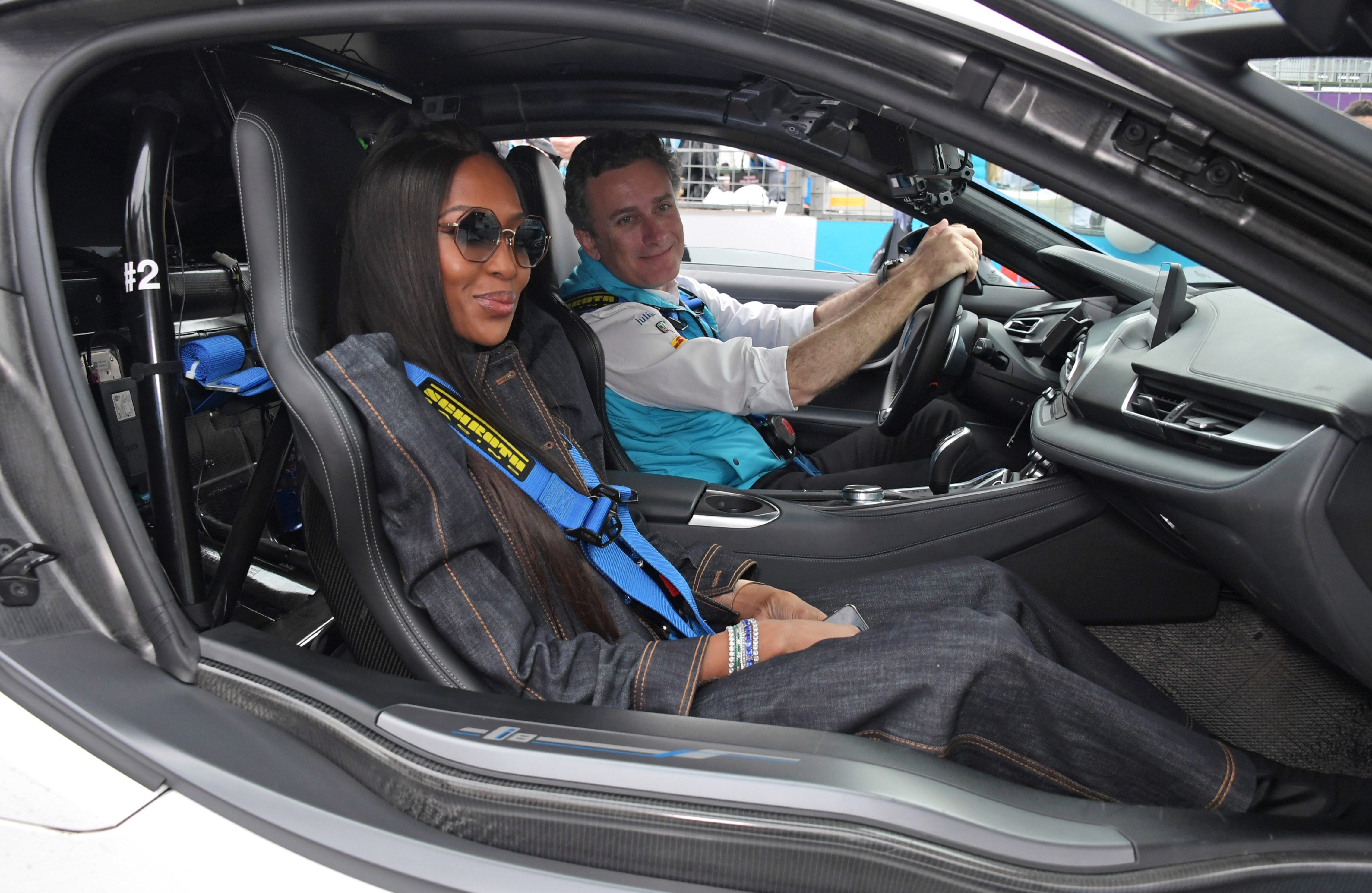 The lovebirds attended an intimate celebration ahead of today's race.

The supermodel refused to comment on her romance with Liam as the pair made separate arrivals at a charity gala on Wednesday. 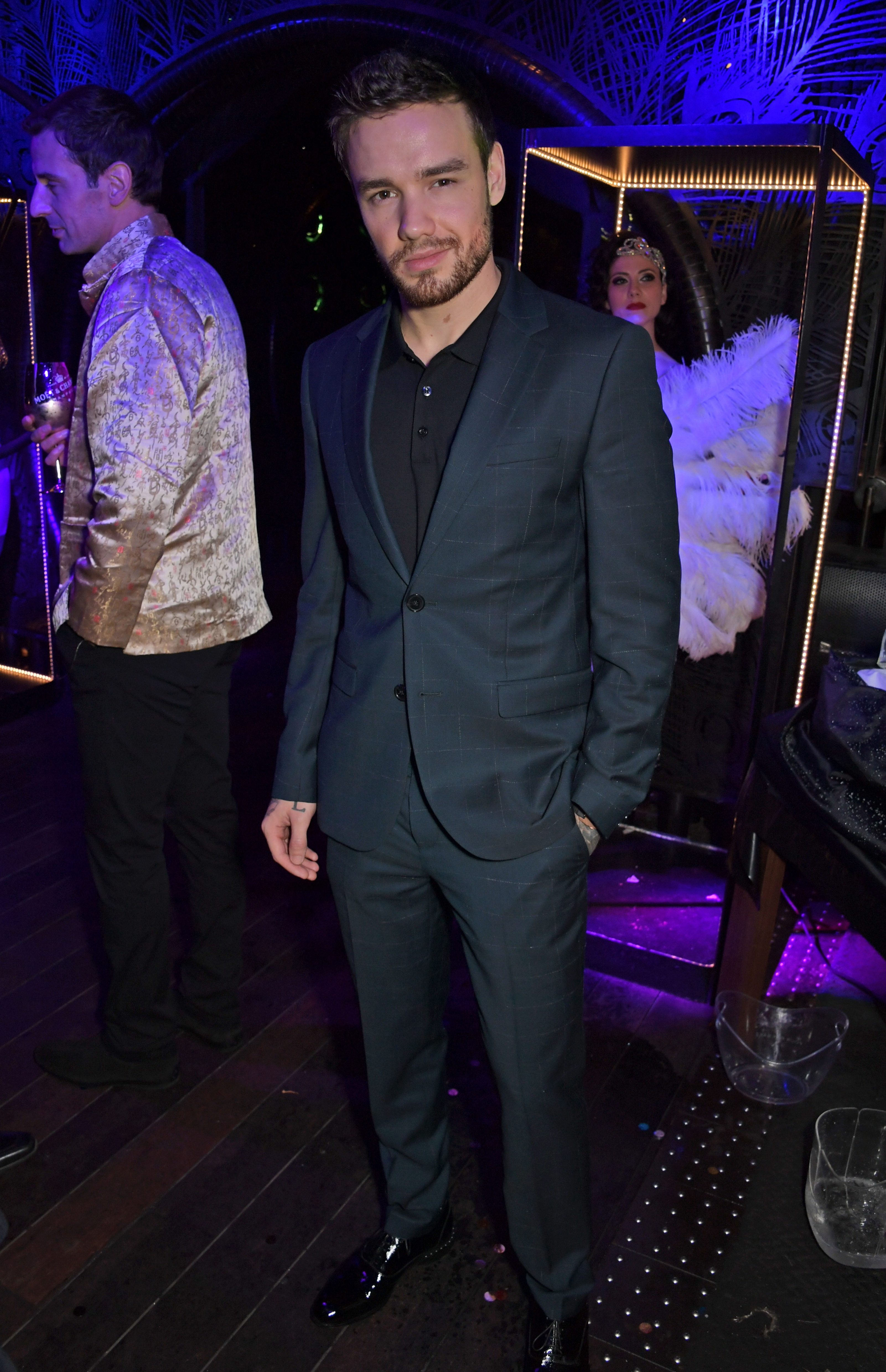 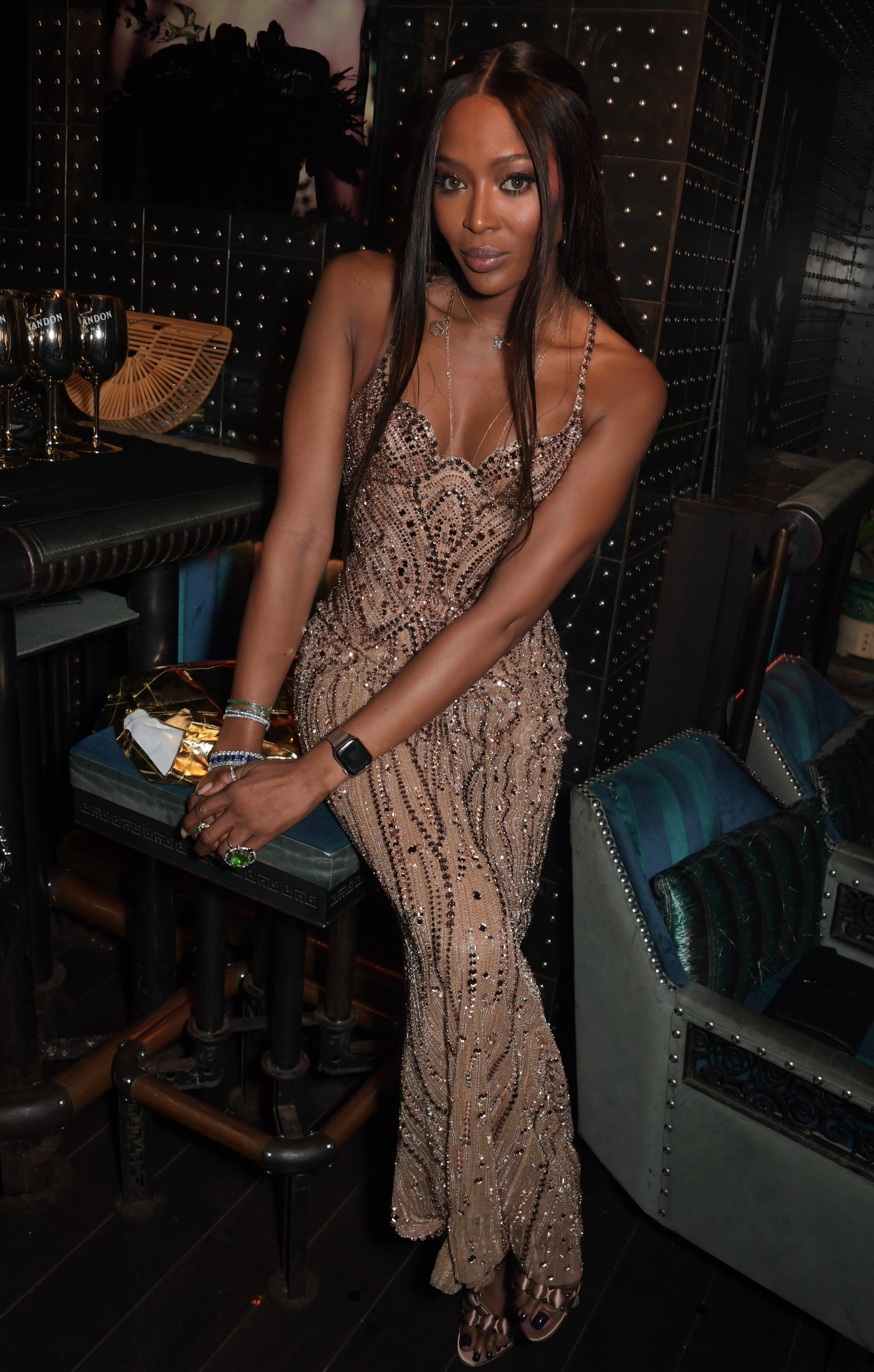 She turned on her heel and walked away when asked about her relationship with the ex One Direction star, 25, at the WE Day event at Wembley Arena.

Later, Naomi was put on the spot again by Jonathan Ross, and the host asked her during a recording of The Jonathan Ross show, which airs on Saturday night: "There have been a lot of headlines recently connecting you to Mr Liam Payne."

Naomi swiftly replied: "And? I never discuss my personal life. Another name?"

A persistent Jonathan, 58, went on: "Drake? You got quite close to Drake?" 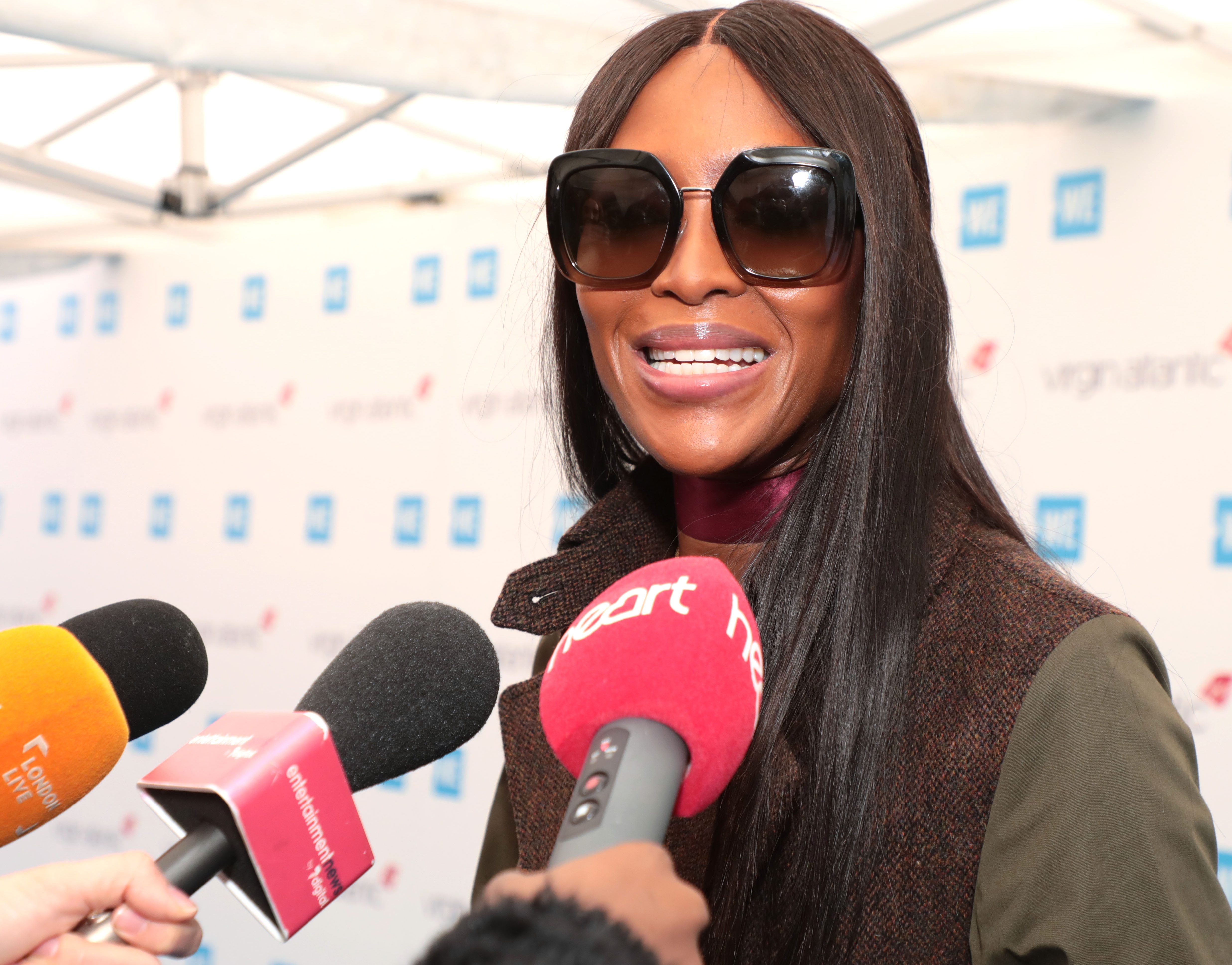 But Naomi was not going to divulge any further details.

She added: "I never discuss my personal life."

The star went on to brush off any attachment to celebrity males insisting she will be connected to a different man she is seen out with every day.

She continued: "I mean, it’s crazy. It’s like one day it’s one person, the next day it’s another."

The Sun on Sunday broke the news of Liam and Naomi’s secret romance last month after he had told pals of their “mind-blowing” trysts.

The pair were also pictured eating dinner together while on holiday in Ghana, after they gushed about one another on social media in the comment section of each other's posts.

However, The Sun learned Naomi warned Liam not to get too clingy because she's not after anything serious.

Formula E, which champions sustainability and zero emissions, continues with round five in Hong Kong today.