Earlier this week, Boris Johnson confirmed he would be stepping down as Prime Minister and would leave his role later this year. Mr Johnson delivered his resignation speech from outside Number 10 following the resignation of 59 ministers over his leadership. His replacement is yet to be confirmed, although according to a recent survey, Defence Secretary Ben Wallace is the favourite among Tory members to become the next party leader.

Speaking about Mr Johnson’s replacement, Andrew Neil grilled Minister of Brexit Opportunities, Jacob Rees-Mogg about who he’d like to see as Prime Minister.

During Sunday’s, The Andrew Neil Show, the host put Rees-Mogg on the spot, although, he was quickly shut down in the fiery debate.

The MP told Neil he hadn’t made a decision about who he wanted to replace Mr Johnson.

“What are your thoughts on the new Prime Minister?” Neil quizzed before the MP hit back: “I haven’t decided.” 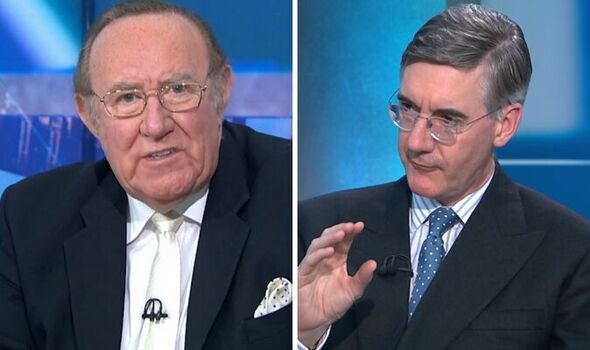 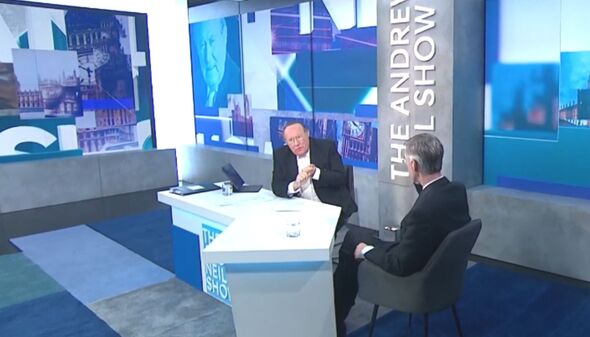 “Would you rule some out?” the host pushed further as Rees-Mogg replied: “I think there are some extremely unlikely for me.”

When asked whether he supported Rishi Sunak, Rees-Mogg said: “I will not be supporting Mr Sunak.”

“I think he is a good and strong candidate,” he continued when asked about Nadhim Zahawi.

As Neil continued to grill the MP over his thoughts, Rees-Mogg fired back: “I genuinely haven’t decided.” 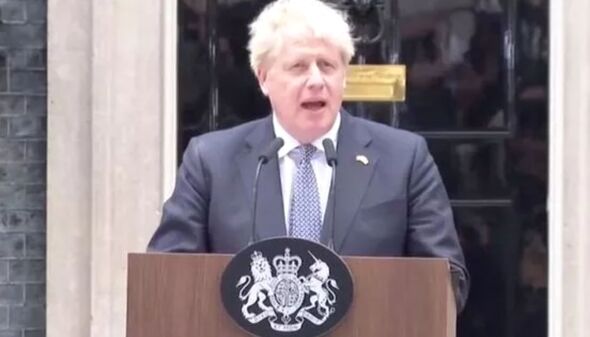 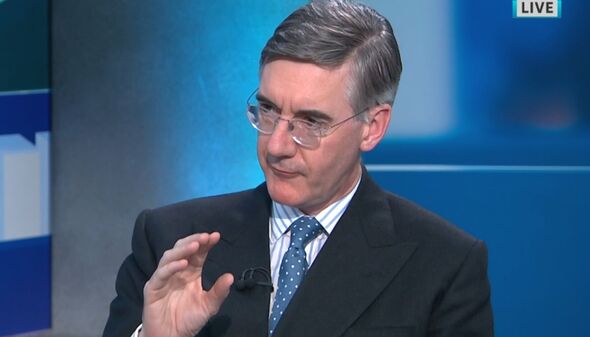 “You have already ruled out Rishi Sunak,” Neil pointed out as the Minister said: “Yes, and I will rule out Jeremy Hunt, I won’t be supporting him either.

“I haven’t decided who I will be supporting, let’s leave it at that,” Rees-Mogg added shutting down the host.

“I don’t want to go into every detail. I want to see what policies are…

“You’ve said all of that, Mr Rees-Mogg and I understand that,” Neil hit back. “Who are your top three you would choose from?”

“Let’s wait until we’ve seen the list of candidates,” he simply replied.

However, Neil proceeded to grill the MP, asking him to pick out of the 10 candidates already put forward.

“Priti Patel? Liz Truss?” he asked before Rees-Mogg shut him down again: “Let’s wait and see who all the candidates are.”

Earlier this week, Mr Johnson confirmed that he has appointed a cabinet to serve while the Conservative Party begins the process of finding its new leader.

During his resignation speech, he said: “I want to say to the millions of people who voted for us in 2019, many of them voting Conservative for the first time, thank you for that incredible mandate, the biggest Conservative majority since 1987.”

He went on to add that he felt it was “my job, my duty, my obligation” to continue to try to govern the country after winning an 80-seat majority at the last general election.

The Andrew Neil Show airs on Sunday at 6pm on Channel 4.