In celebration of May the 4th, LEGO has announced its latest Star Wars collaboration, the LEGO Star Wars Boost Droid Commander set.

As part of LEGO’s line of toys that allow for coding, the company has introduced buildable and programmable R2-S2, Gonk Droid, and Mouse Droid LEGO sets. The set will be available on September 1 for $199. 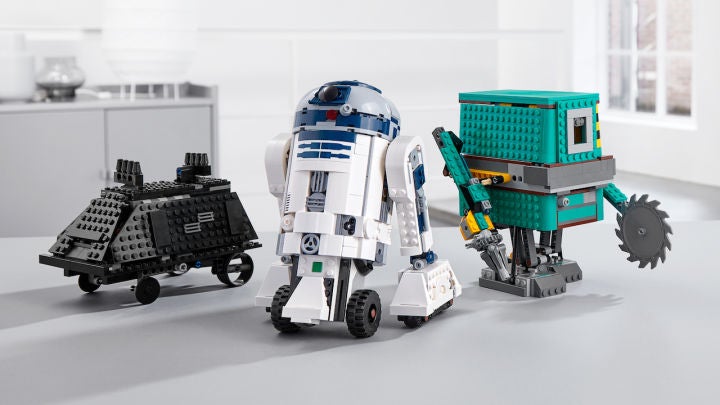 Users can build these sets and employ the drag-and-drop coding system of LEGO Boost to create Star Wars stories via more than 40 interactive missions.

The set, which includes enough bricks for all three droids, includes 1,177 pieces, a color and distance sensor, and a Bluetooth Move hub. Used in conjunction with the LEGO Boost app for iOS, Android, and Fire smart devices, these sets’ missions include plotting a course and assisting flying an X-wing for R2-D2, arena training for the Gonk Droid, and message delivery for the Mouse Droid.

The app includes both building and play interfaces to allow players to employ their droids in any of these and more missions.

LEGO’s standard Boost set allows for players to interact with and build five different models, including a robot, a cat, and a guitar.

LEGO and Star Wars, of course, have a long history together, both in physical set releases, including a recently revealed number of Star Wars LEGO anniversary sets, and in video game form, with LEGO Star Wars: The Force Awakens being the most recent release.

And for more May the 4th coverage, check out all of the best Star Wars May the 4th deals we’ve found so far.

Jonathon Dornbush is IGN’s News Editor, Beyond! host, and really loves LEGO, even if he now has to worry about making sure his dog doesn’t eat the pieces. Talk to him on Twitter @jmdornbush.