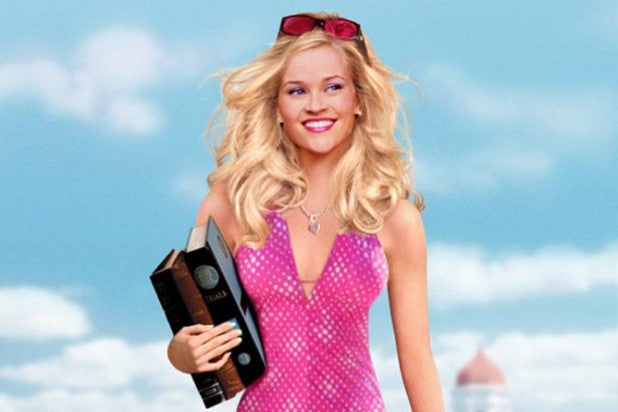 “Legally Blonde 3” is slated to hit theaters May 2022 after originally being scheduled for a February 2020 release.

“Elle Woods is back! Legally Blonde 3 coming May 2022. We rest our case,” the studio tweeted.

In May, Mindy Kaling and Dan Goor were set as the duo writing the sequel, which will feature Witherspoon reprising her iconic role from the first two “Legally Blonde” films.

Kirsten Smith and Karen McCullah adapted the novel by Amanda Brown for the first film and were previously in talks to write the script.

“Legally Blonde” grossed $141 million worldwide, while its followup secured $124 million at the global box office. The first film followed Elle Woods as she went to Harvard Law School after she was dumped by her boyfriend. In the sequel, Elle headed to Washington D.C. to join the staff of a congresswoman in hopes of passing a bill to ban animal testing.

In 2015, Witherspoon said the timing is right for a third film because “we’re talking about women in politics and how important that is to get more women. And I think it’d be kind of a cool thing to have her be a Supreme Court justice or someone who runs for office.”

In June 2018, MGM announced “Legally Blonde 3” would hit theaters Valentine’s Day 2020, but that did not come to fruition.