Viewers of BBC’s bittersweet family drama The A Word have been desperate for another series since the show’s emotional finale last year.

Star Lee Ingleby has revealed that the cast are optimistic that the series will be back, but that it’s likely that the show will pick up a few years later to feature Joe’s transition into adolescence.

“We’re hoping it will be back,” Ingleby told Digital Spy. “Peter Bowker [the writer and creator] wants to pick up the story two years later. It’s not a straightforward continual.

“He wants to continue the story from when the little boy is grown up so it presents itself with new challenges, and seeing him going through his growing pains and discovering who he is in a world where he doesn’t know how it functions properly. That’s the hope.” 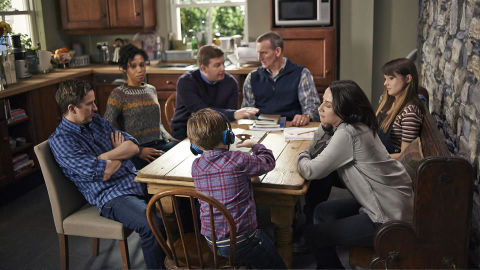 The show follows the Hughes family as they come to terms with their young son Joe’s autism diagnosis and the daily trials of family life. It’s been commended by viewers and critics alike for its sensitive and touching depiction of autism and the autism spectrum.

Ingleby, who plays Joe’s father Paul, says the feedback he’s received from viewers has been largely positive – but that there have been some who said the story has been very different from their own personal experiences.

“It’s all been really positive,” the Line of Duty star continued. “Of course there are people who contact you and say that’s not how their story unfolds – but, I mean, when you are tackling [stories] with people on the spectrum, everybody’s story is different, and everybody’s situation is different. 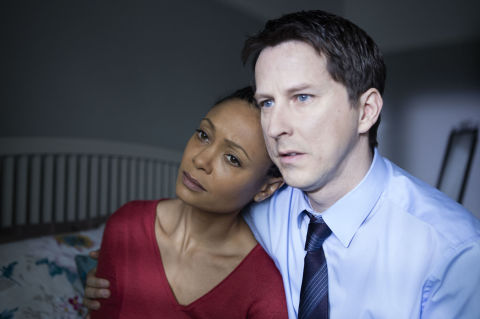 [Lee Ingleby and Thandie Newton in Line of Duty]

“So, we have to emphasise it is just one story from one family going through their own set of challenges. But on the whole it’s been positive, really positive, especially from people that have similar scenarios and situations like that. It makes it worthwhile doing it. It does.”

Meanwhile, Ingleby will be providing the voice of Captain Campion in the BBC and Netflix’s much-anticipated animated adaptation of Watership Down this Christmas.

On the challenges of recording their parts separately, he explained: “It is really odd, they give you a rough outline of what it would look like and what your character is like.

“It was all very shrouded in mystery… I can’t wait to see what they’ve done with it.”

The A Word aired on BBC One. Watership Down will be available on BBC One and Netflix later this month.