The return of Christopher Meloni’s Elliot Stabler to the L&O franchise boosted NBC on Thursday, with the double-shot of the Law & Order: SVU crossover and the series premiere of his Law & Order: Organized Crime finishing as primetime’s top two shows in the adults 18-49 demographic and total viewers.

The anticipated crossover episode of SVU (1.6 adults 18-49, 7.63 million viewers in Live+Same Day), which reunited Meloni and Mariska Hargitay who starred together on the show for its first 10 seasons, delivered the long-running series’ largest Live+SD audience in four and a half years. It also jump-started the debut of Organized Crime (1.5, 7.56M).

The NBC crime drama was one of two newcomers making splashes last night, along with the series bow of CBS’ latest Chuck Lorre comedy United States of Al (0.5, 5.07M) behind Young Sheldon (0.6, 6.4M). United States of Al won its half-hour in total viewers and performed on par with the premiere of Lorre’s B Positive last fall in the time period (0.6, 4.94 million with a 0.7, 6.54 million Young Sheldon lead-in). 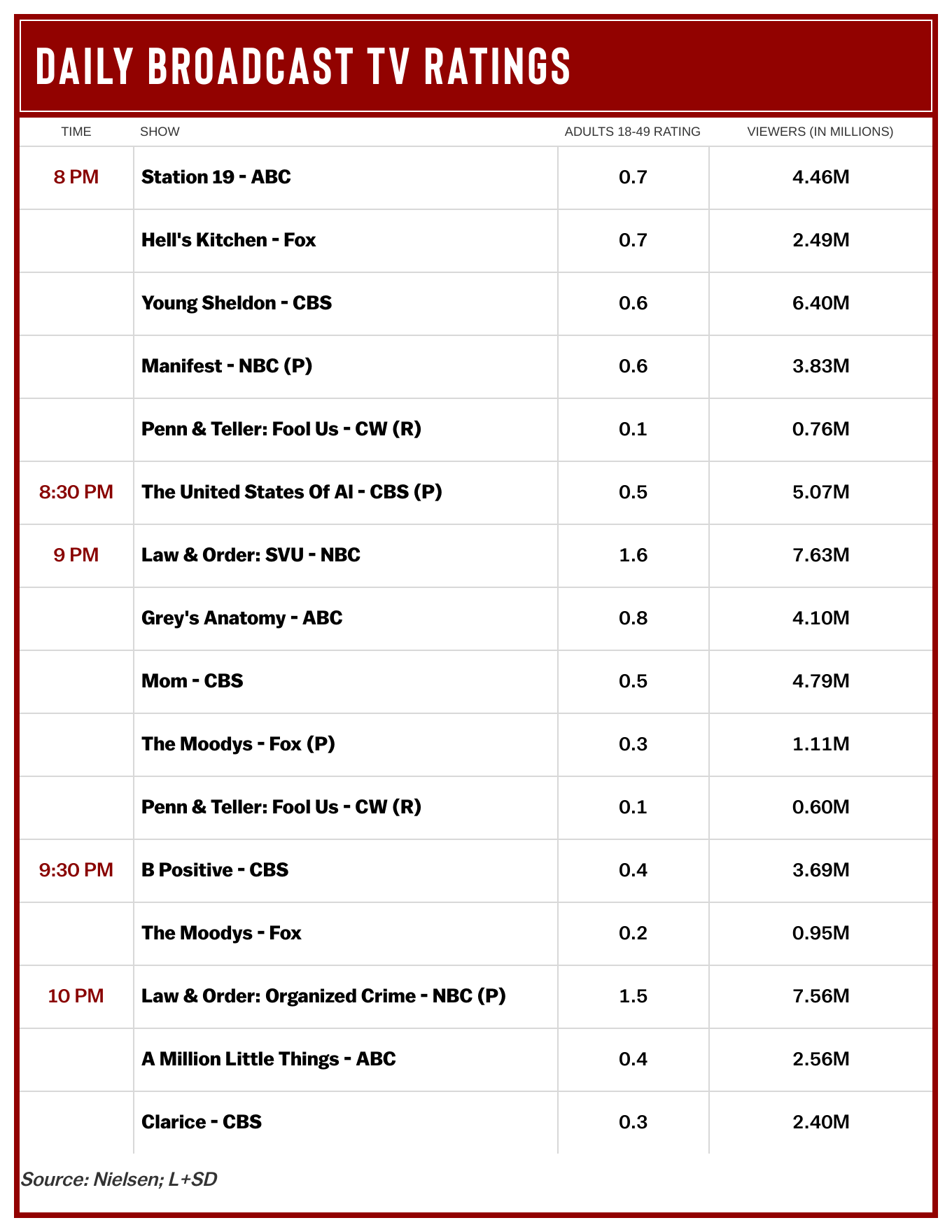