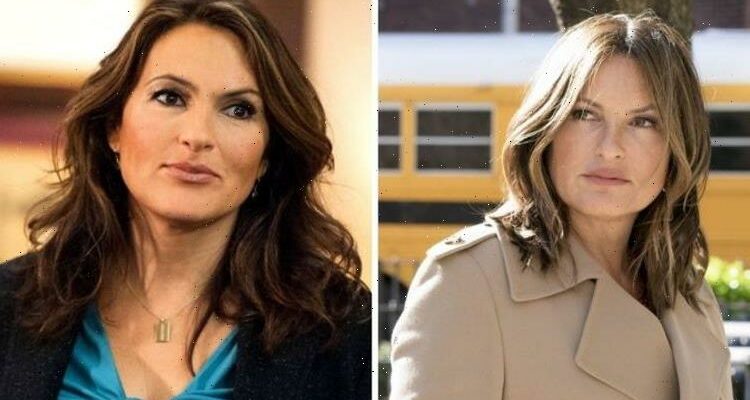 Since it first premiered on NBC in 1999, the Law and Order spin-off, Special Victims Unit has maintained its success while surpassing the original series, thanks to its loyal viewers. At the heart of the series is Mariska Hargitay, who played fan favourite Olivia Benson – after 23 years as the lead actress, she lifted the lid on what she really thought about her pilot episode script.

With Law and Order in the middle of its 23rd season, Mariska spoke to TV Insider and reflected on her journey with the long-running series.

Olivia was first introduced to fans as a detective before receiving her promotion to Captain in season 12.

It came after the departure of Elliot Stabler (Chris Maloni) who resigned after 12 years of working alongside Olivia.

With her first appearance on the show in 1999, Mariska shared her initial reaction to the unsettling script and how she overcame her fears to take on the role.

She stated: “My agent called to say, ‘I don’t know if you’ll be interested in this because it’s a very dark subject matter.’”

“When I read the script, however, I felt it was such a truly pioneering show. I was shocked at first. I had to ground myself and be brave,” Mariska concluded.

Although she confessed to not remembering her first day on set, the storyline of the episode was unforgettable, fans often remember the difficult theme.

On her first day, Olivia was paired with Detective Stabler and tasked with investigating the stabbing and genital mutilation of a cab driver.

The sexually-motivated stabbing turned out to be linked to Bosnian war crimes, which the detectives unmistakenly dealt with.

As her first case, the investigation affected Olivia personally as conversations revealed her mother was raped and the rapist was Olivia’s biological father.

When asked about the show’s evolvement in the treatment of rape and sexual assault survivors, Mariska highlighted a key change.

She explained: “What is beautiful is that the show has evolved from ‘Let’s shine a light on these issues’ to ‘Time’s up, let’s make changes and stop these issues’ . I think the culture is catching up.”

Away from the screen, Mariska showed her support for survivors of sexual assault and domestic violence by launching the Joyful Heart Foundation in 2004 to empower survivors.

The actress also starred in an HBO documentary, ‘I Am Evidence,’ which explored the overwhelming number of untested DNA rape kits.

Despite being on the show for 23 years, Mariska shocked fans by sharing how she would like to say goodbye to her character.

She told TV Line it would end: “With Olivia finding real peace and balance and love.”

Thankfully for fans the return of Chris Maloni in season 22, proves the series shows no sign of slowing down.

When asked about the show’s longevity and long-standing popularity, Mariska put it down to the storytelling and the challenging themes.

She shared: “Basically, we’re telling compelling stories that are close to our hearts, our souls and our core.”