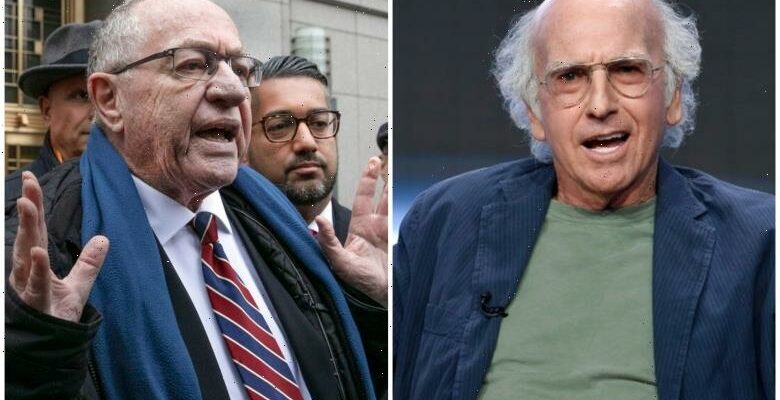 Life imitating “Curb Your Enthusiasm”? Comedy mogul Larry David and lawyer Alan Dershowitz reportedly clashed over politics at a Martha’s Vineyard grocery store in an incident that sounds ripped straight out of David’s long-running HBO comedy series. Page Six has the scoop on the altercation, in which David confronted Dershowitz over his ties to the former Trump administration.

David replied, “No. No. We really can’t. I saw you. I saw you with your arm around [former Trump Secretary of State Mike] Pompeo! It’s disgusting!”

Added Page Six’s source, “Larry walks away. Alan takes off his T-shirt to reveal another T-shirt [underneath it] that says, ‘It’s The Constitution Stupid!’” The source added that Dershowitz “drove off in an old, dirty Volvo.”

Dershowitz later confirmed the exchange to Page Six, and added that his longtime friendship with David soured once Dershowitz began working with the Trump administration.

Dershowitz told the outlet that while this may have sounded like a “Curb Your Enthusiasm”-esque moment, “It wasn’t funny at all,” adding that David “yelled” and “screamed” at him. “I was worried that he was going to have a stroke.”

The lawyer told Page Six that he admires Pompeo not for his work with Trump, but for his peace efforts in the Middle East. Dershowitz said “he’s disappointed that David can’t understand why he’d work with any administration on peace for Israel, regardless of who was occupying the Oval Office.”

Dershowitz said, “While [Larry David] was writing bad jokes, I was helping to bring about peace in the Middle East. What has he done? Larry is a knee-jerk radical. He takes his politics from Hollywood. He doesn’t read a lot. He doesn’t think a lot,” adding, “It’s typical of what happens now on the Vineyard… People won’t talk to each other if they don’t agree with their politics.”

He said, “I’m a liberal Democrat and I voted for Biden just as enthusiastically as Larry did… [Larry David] is guilty of contemporary McCarthyism… McCarthy would have been proud of him,” adding that in the 1950s, McCarthy “went after lawyers who represented people he disagreed with.”

Finally, he said that while he wants to “extend a hand of friendship” to the “Seinfeld” co-creator, “I won’t get into a screaming match with him. If he wants to scream, he’ll have to scream alone.”