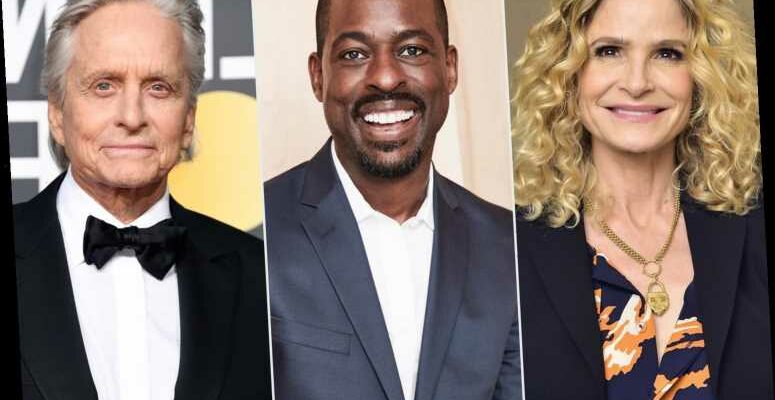 The 2021 Golden Globe Awards are shaping up to be one very star-studded night.

There, they will be joined by This Is Us stars: Watson, 39, and Golden Globe Award winner and two-time nominee Brown, 44. The Golden Globe nominations were announced earlier this month with David Fincher's Netflix drama Mank receiving the most nominations out of any film with six nods. Another Netflix film, The Trial of the Chicago 7, followed closely behind with five nominations.

In the TV category, The Crown and Schitt's Creek received the most nominations with six and five nods, respectively.

In the best director category, three out of the five nominations went to female directors: Chloé Zhao for Nomadland, Emerald Fennell for Promising Young Woman and Regina King for One Night in Miami, joining David Fincher (Mank) and Aaron Sorkin (The Trial of the Chicago 7).

Hosted by Tina Fey and Amy Poehler from separate coasts, Jane Fonda will be the recipient of this year's Cecil B. DeMille Award, which recognizes lifetime achievement in film. Previous honorees include Tom Hanks, Oprah Winfrey, Jeff Bridges and Meryl Streep.

Earlier this week, the first patch of the presenting lineup for the Golden Globes was revealed, which includes Renée Zellweger, Awkwafina, Kristen Wiig and Annie Mumolo, Joaquin Phoenix and Cynthia Erivo.

Zellweger, 51, and Phoenix, 46, both won Golden Globes in 2020 for their roles in Judy and Joker, respectively. The two went on to nab Oscars soon after.

The 78th Annual Golden Globe Awards will air on Sunday, Feb. 28 at 5 p.m. PT/8 p.m. ET on NBC and will be available to stream the next day on Peacock.