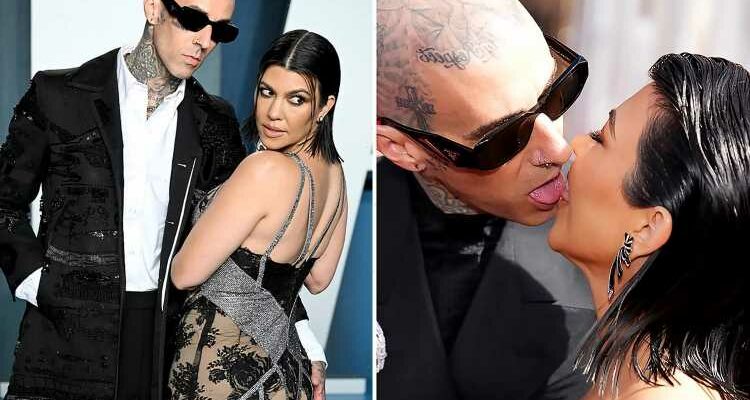 The risqué moment occurred after the famous couple made out while making their red carpet debut at the 94th Academy Awards. 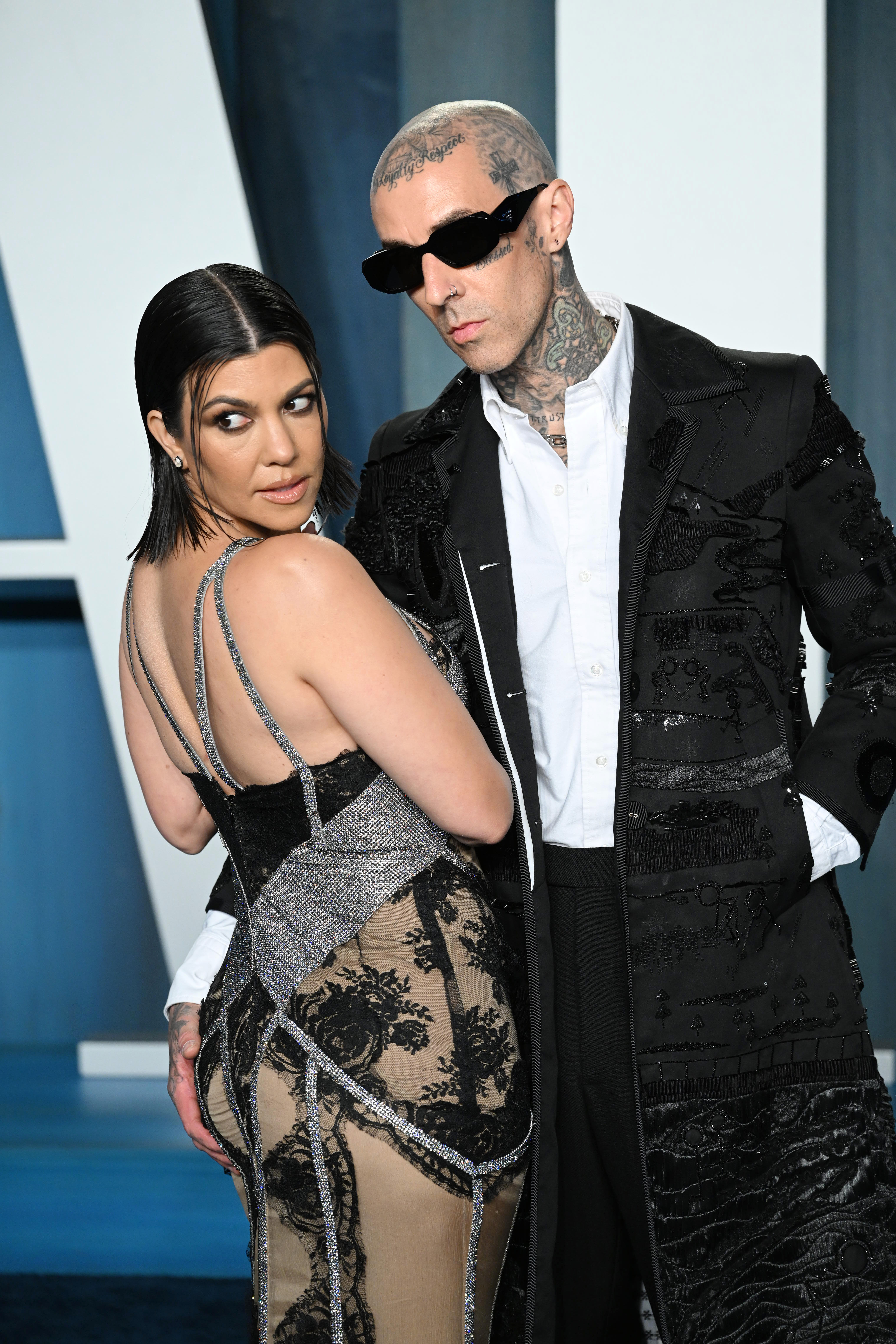 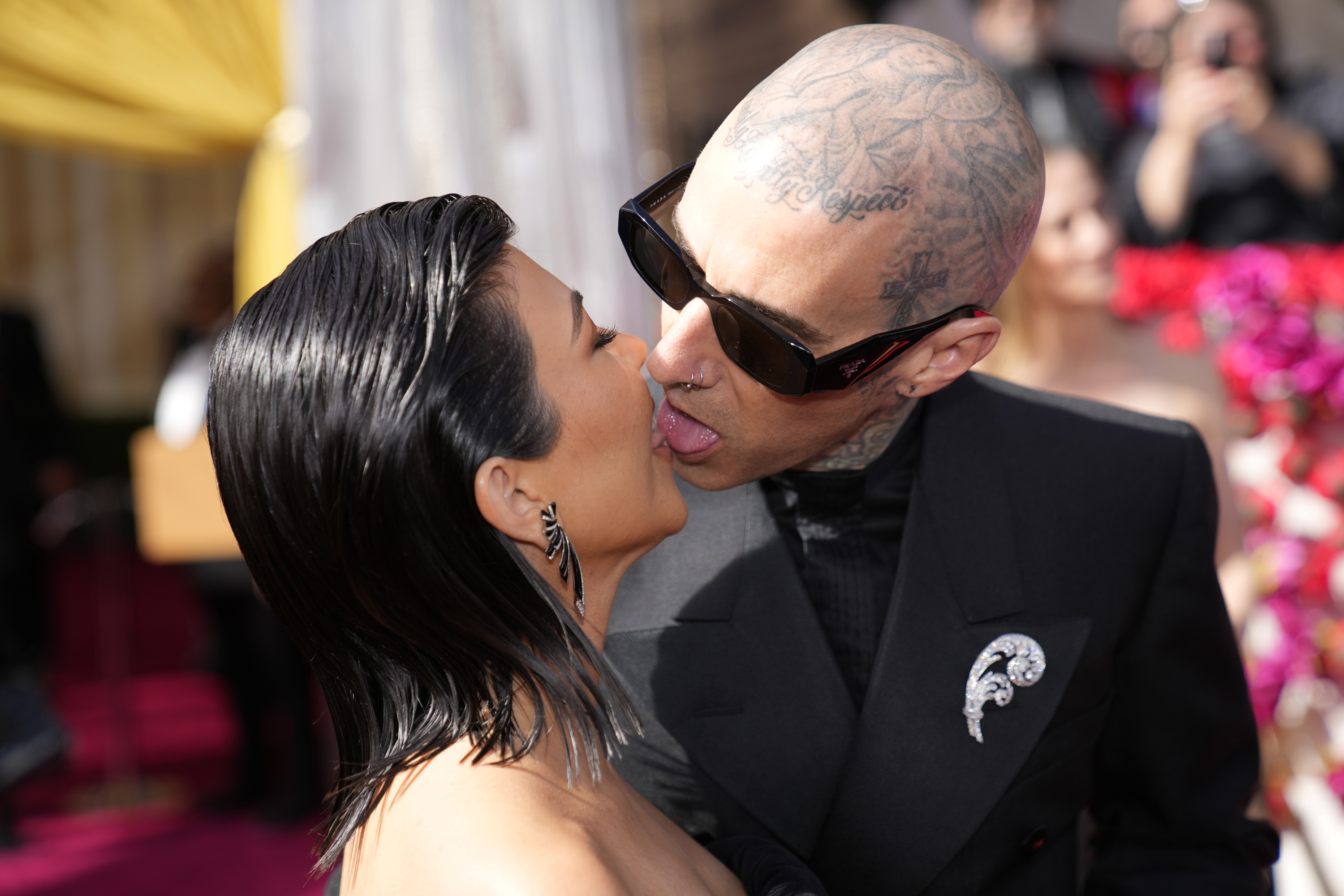 Following the Oscars, Kourtney and Travis made their way to the afterparty at the Wallis Annenberg Center for the Performing Arts in Beverly Hills, but not before an outfit change.

The Keeping Up With the Kardashians alum wore a nude-and-black Dolce & Gabbana gown, while the Blink-182 drummer decided on a jacket over a suit.

While they have received plenty of flack for their excessive PDA, that did not stop the pair from continuing to show off their affection to one another.

As they held each other close at the party, Travis leaned in and grabbed his soon-to-be wife's butt as she smiled wide. 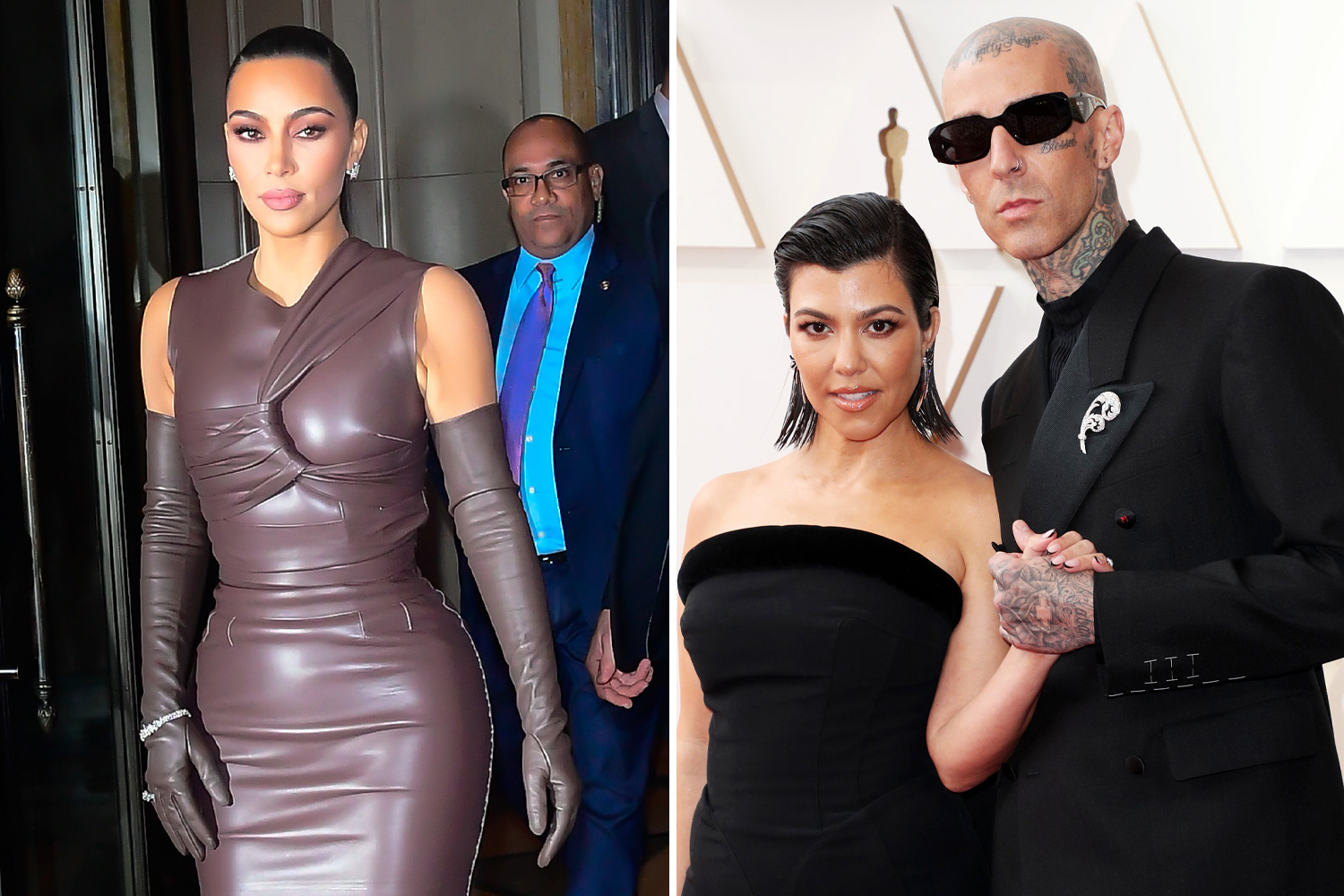 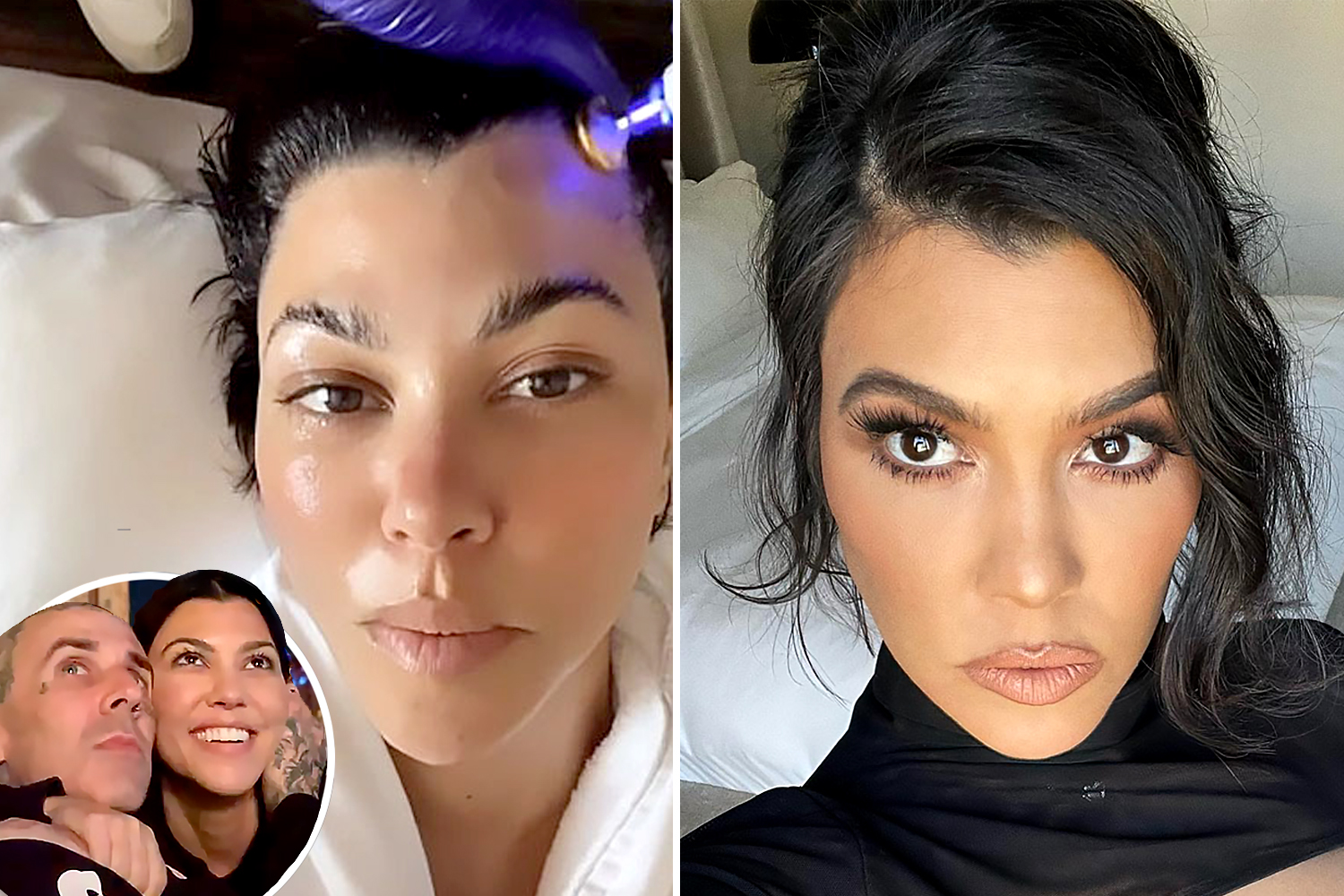 Hours before, Travis and Kourtney were still very much all about each other on the red carpet.

The reality star had on a tight black Thierry Mugler dress and put her curves on display as she posed during Hollywood's biggest night alongside Travis, who was scheduled to perform later that night.

The musician, 46, kept it cool in an all-black suit as his tattoos peeked out of his sleeves.

Kourtney's sisters Kim and Khloe even praised her and her man for their impressive debut. 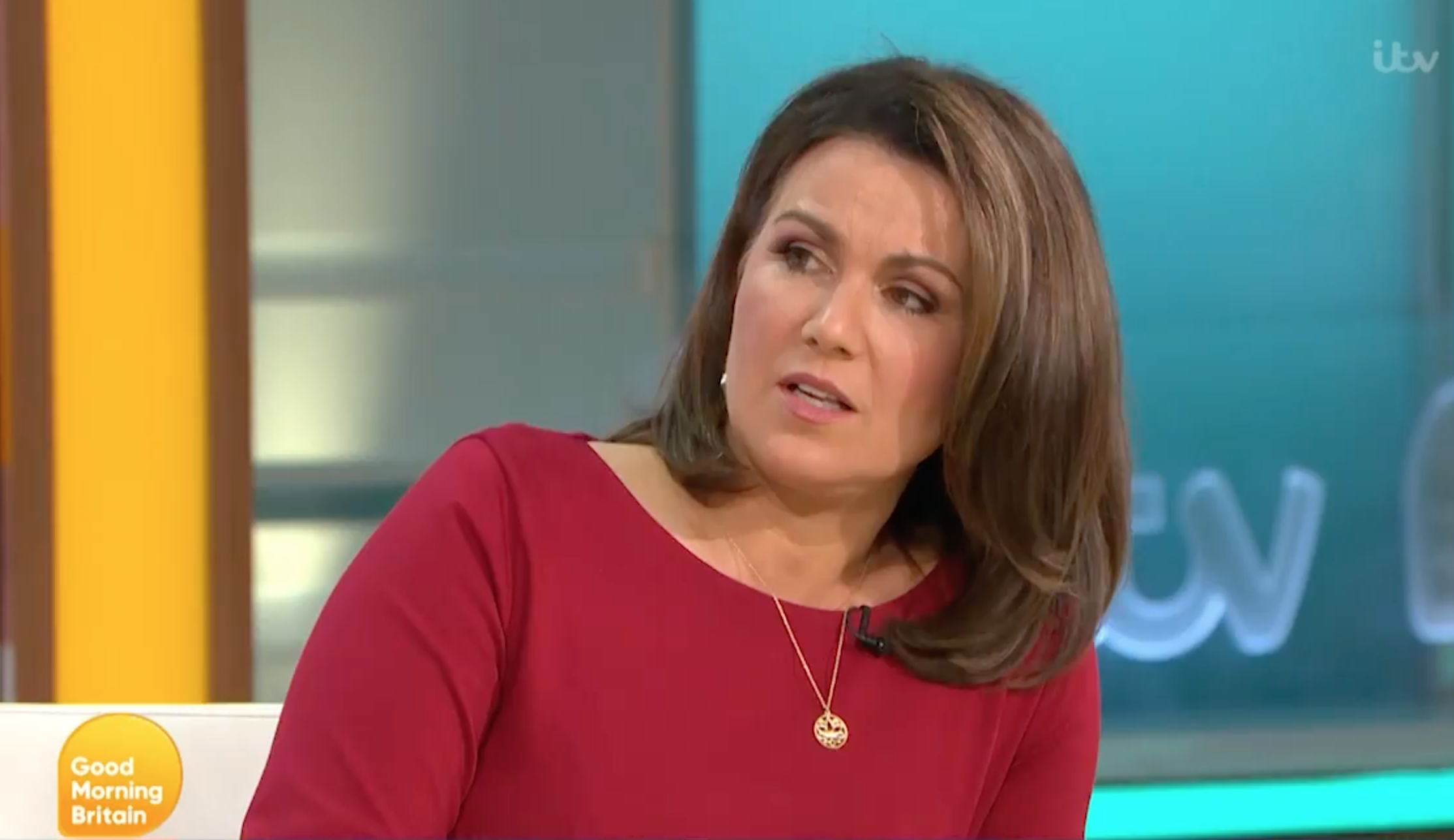 ‘Real reason’ why Will Smith slapped Chris Rock, according to GMB’s Susanna Reid 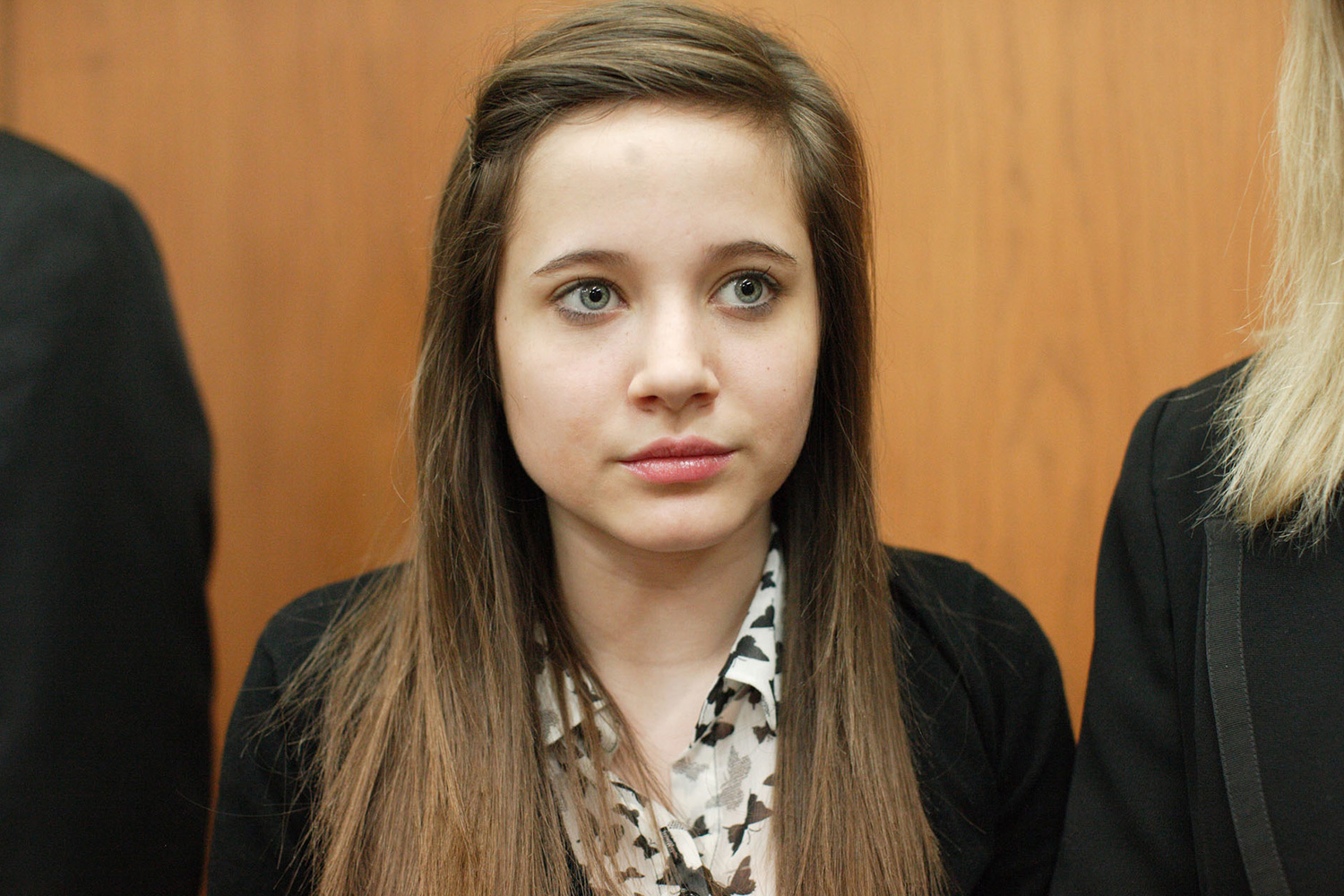 Amid all the flash photography, the duo shared a kiss with plenty of tongue, too.

Fans also kicked off further speculation that Kourtney was spotted with a "baby bump."

"Yeah, she looks pregnant…" one person on Twitter reacted, as another added, "Wait, is Kourtney pregnant?"

All this comes as Kourtney and Travis previously shared that they are trying for a baby.

Fans learned the exciting news in the emotional trailer for the upcoming Hulu series, The Kardashians.

In the trailer, Kourtney said in a voiceover: "Travis and I want to have a baby."

The pair was then shown visiting a doctor as they were instructed to "put a sample in this cup."

In another clip released earlier this month, Kourtney opened up about the effects of IVF on her body.

During her confessional, the star said: “Travis and I want to have a baby, and so my doctor took us down this road of doing IVF.”

She added: "Like, it hasn’t been the most amazing experience."

Kourtney already shares three kids with ex Scott Disick, 38, while Travis is a dad of two with Shanna Moakler.

Friends of Kourtney and Travis have also revealed that they will be delaying their wedding due to the IVF treatment.

The insider said: “She's now struggling with IVF, and all the uncertainty she's been forced to put the wedding plans on hold because she just feels there's too much going on.

“As fans will see on the show, the IVF journey is difficult, and it involves a lot of medication and doctor's visits. Everything is so uncertain and she wants to put her full energy into having a baby right now.”

The Kardashians have welcomed another member to their family recently, however, as Kourtney's younger sister Kylie Jenner gave birth to her second child with Travis Scott in February. 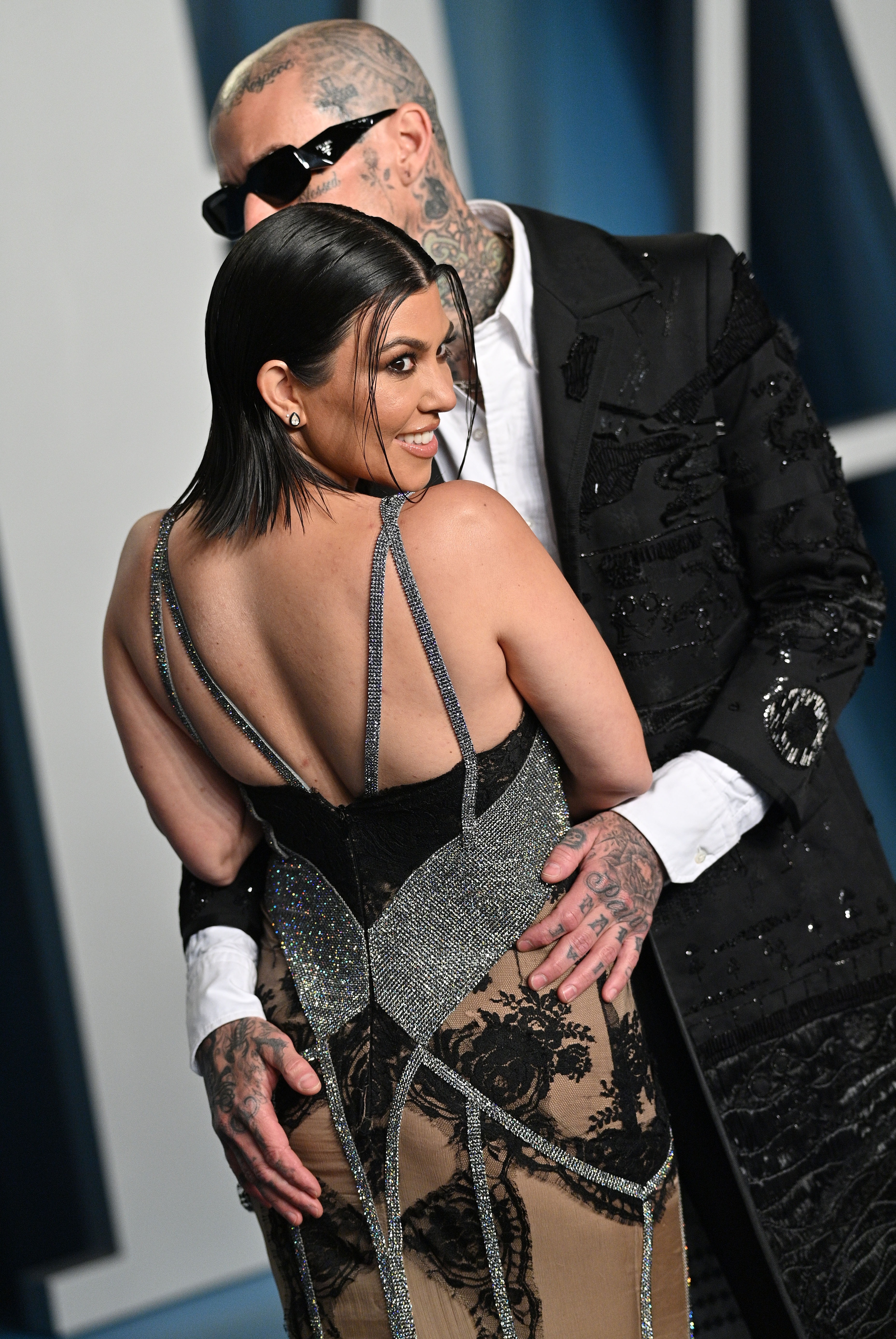 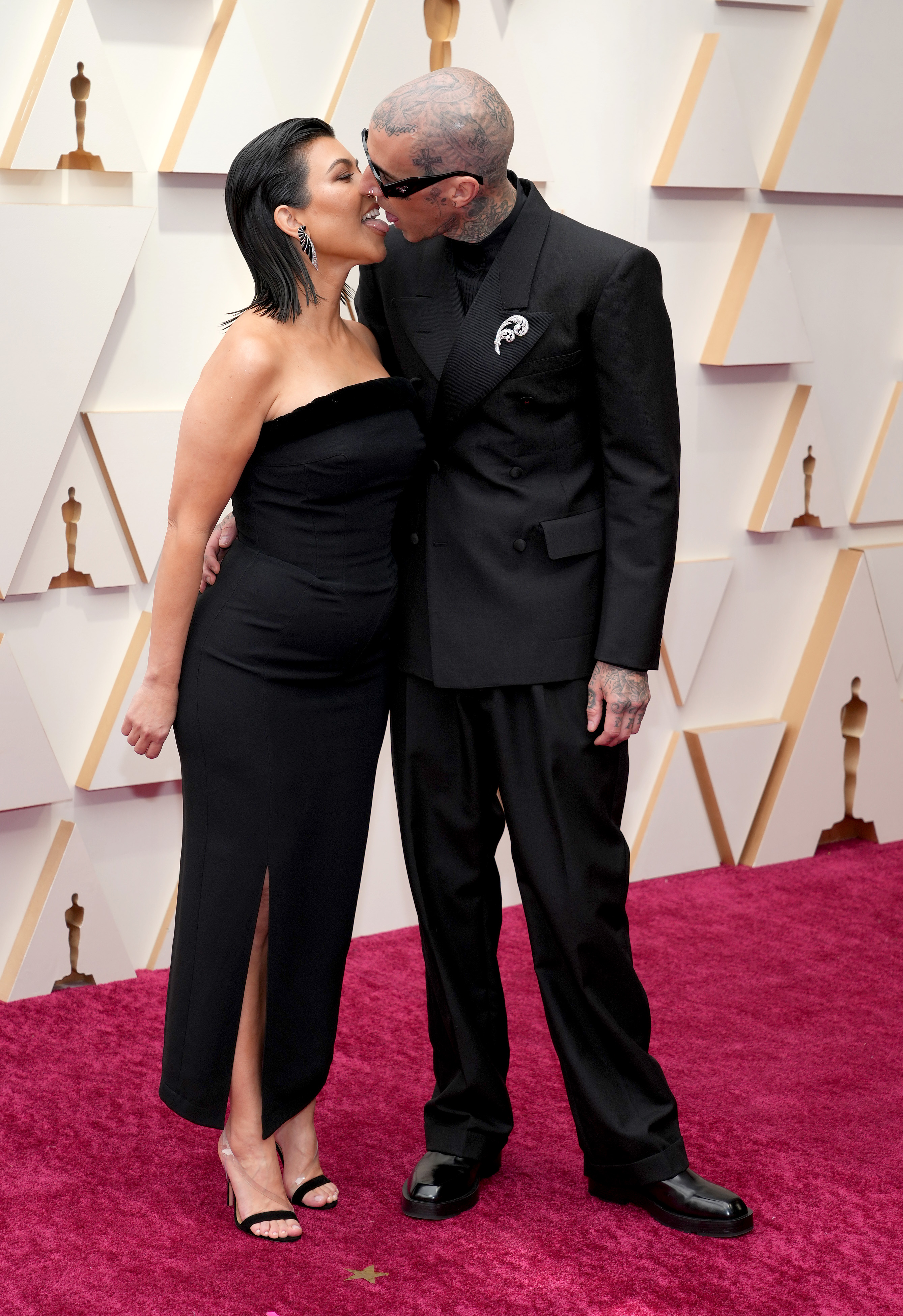 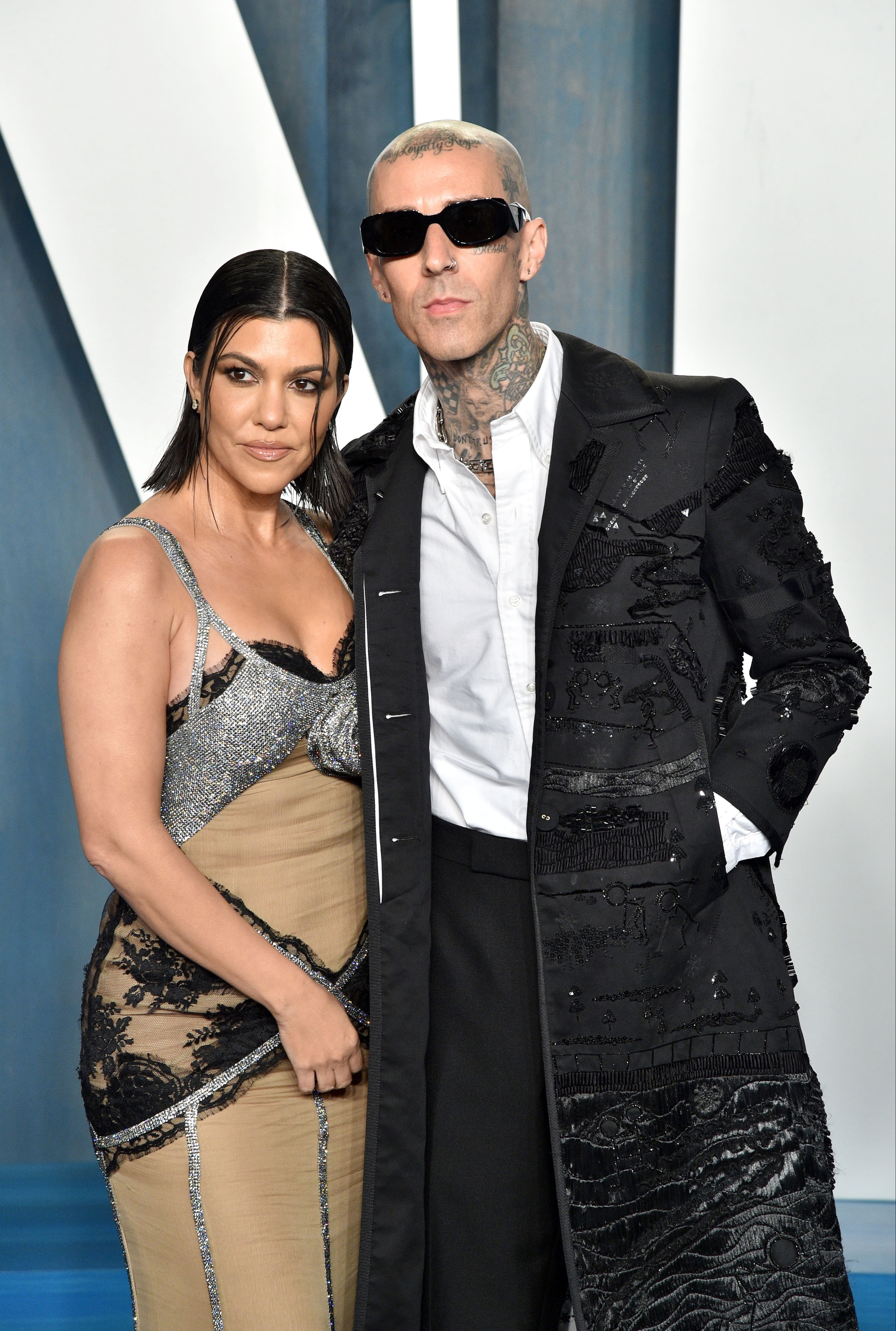