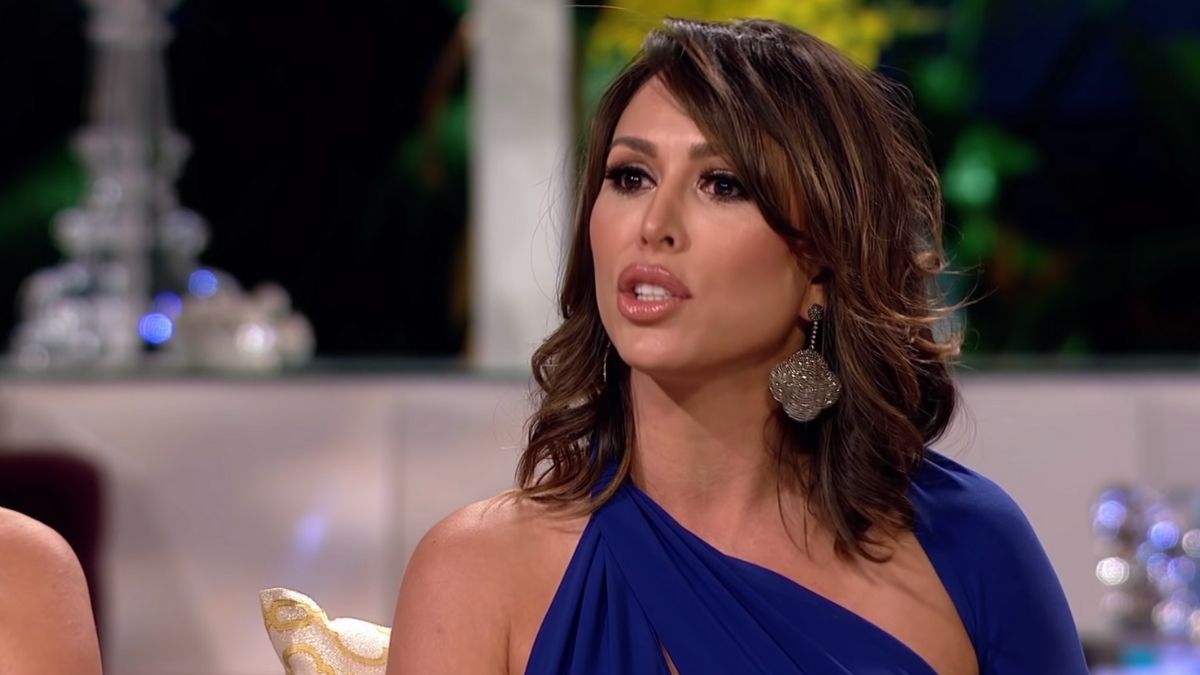 Kelly Dodd is returning to The Real Housewives of Orange County for next season. The show has changed a lot since Vicki Gunvalson and Tamra Judge quit.

Many fans believe that since Vicki and Tamra have been on the show for years, it will flop without them.

During a recent Happy Hour on Instagram Live, the two women revealed that they agree and don’t think that the show will be successful without them.

They also stated that the season was only 12 episodes long, which is rather short considering a full season is closer to 20 episodes with reunion specials that follow.

Kelly Dodd denies that the newest season of RHOC is shorter

During the Instagram Live, Vicki said that The Real Housewives of Orange County only had 12 episodes this season because the women had no content without her and Tamra.

Tamra chimed in, guessing that the whole storyline would be about her and Vicki. While Vicki decided to leave the show to focus on her relationship with Steve Lodge, Tamra left after she learned she would be offered a reduced role.

When Kelly Dodd heard the comments, she decided to speak out. When a fan asked her about the season only being 12 episodes, Kelly decided to set the record straight.

“I love that she works on production now…LMFAO! Move on girlfriend it’s none of her business how many episodes we have… IT’S actually up to 15 plus finale and the reunion…don’t be jelly sister!!” Kelly responded to a fan on Instagram.

“It will be the best season yet…we filmed during COVID…real reality, not fake bullshit like she did for 10 years…Emmy winning season watch!” 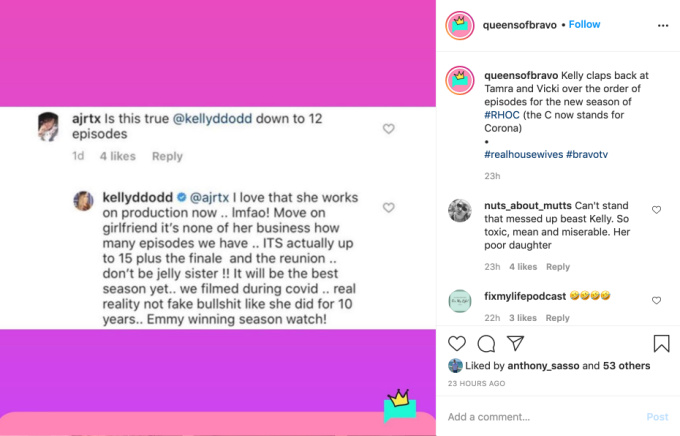 It’s interesting that they have been filming during COVID-19. As Kelly points out, this could indeed be a different season fo the show.

Shannon Beador, who had been best friends with Vicki and Tamra, had supposedly iced out the two women. Shannon remains part of the cast, but Kelly made no reference to her in her Instagram reply.

Kelly and Shannon remain on this upcoming season of The Real Housewives of Orange County. Despite leaving, Tamra doesn’t want Kelly to keep her role on the show.

Tamra hasn’t been close with Kelly for a long time. She recently said that Kelly should be fired from The Real Housewives of Orange County because of previous racist comments.

While Vicki wants to focus on her relationship and upcoming wedding to Steve, Tamra has explored joining The Real Housewives of New York. She recently claimed that Manhattan can’t handle her. While Tamra appeared interested in joining the women in New York, fans didn’t like the idea of having her on the show.

Andy Cohen and Bravo have made no comments on Tamra possibly joining the Big Apple ladies.

The Real Housewives of Orange County is currently on hiatus but is expected to return sometime this fall.