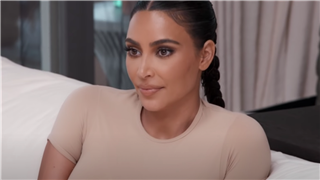 20 seasons of Keeping Up With the Kardashians have come to a close, but the family will be looking back on it all one more time during a two-night reunion special. The series finale for the long-running reality show aired on June 10 on E!, and the reunion will put an official close on KUWTK as the Kardashians/Jenners prepare to make the jump to Hulu for a new show in the works.

“There’s no easy way to say this, except just to say it, because we love you guys all so much and it’s almost like ripping off a Band-Aid,” Kris Jenner told the KUWTK crew as she, Kourtney Kardashian, Khloe Kardashian and Kim Kardashian West tearfully announced to the crew that season 20 would be the last. And though it almost seems hard to believe, that time is finally upon us.

Read on below for how to watch the Keeping Up With the Kardashians reunion special. And if you’re not done reliving those memories, make sure to check out our guide for how to watch every season of KUWTK.

How to watch: You can watch on TV, and if you don’t have cable, E! is available on a number of live TV streaming services, including Hulu With Live TV, Sling TV, fuboTV and YouTube TV.

What to expect from the KUWTK reunion special: Andy Cohen will be hosting the two-part reunion one week after the series finale.

“We’re going to cover all 20 seasons of Keeping Up With the Kardashians, in a kind of Housewives-style reunion show,” he shared on SiriusXM’s Reality Checked in April. “Nothing’s off-limits with this crew. I don’t know if I can even say when we’re filming it, but we’re filming it.”

Meanwhile, watch the video below to see Kim and Kourtney’s kids react to iconic KUWTK scenes.