KATIE Price went legs akimbo today in a skimpy bikini as she took part in a photo shoot in Majorca.

The ex glamour model worked her limbs into a striking pose and showed off her ageless figure during the raunchy shoot. 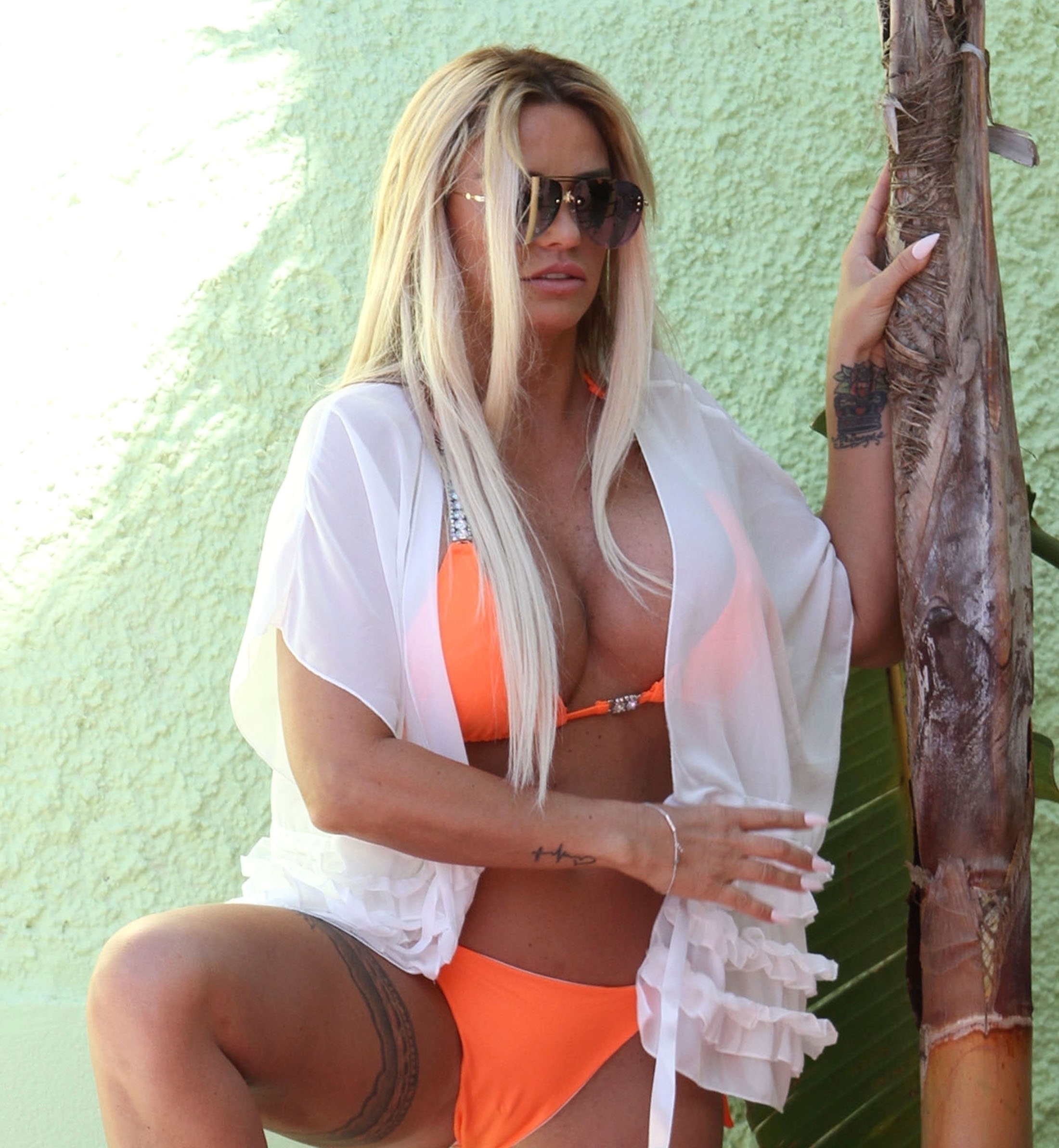 Katie, 40, has set up a series of glamorous shoots during her Spanish getaway with boyfriend Kris Boyson.

She wore a leopard print swimsuit and chunky wedges yesterday, but opted to ditch the footwear and animal print in favour of a more natural look on Wednesday afternoon.

Balancing on her toes and leaning against a palm tree, the tattooed star thrust her chest forward as she got into position. 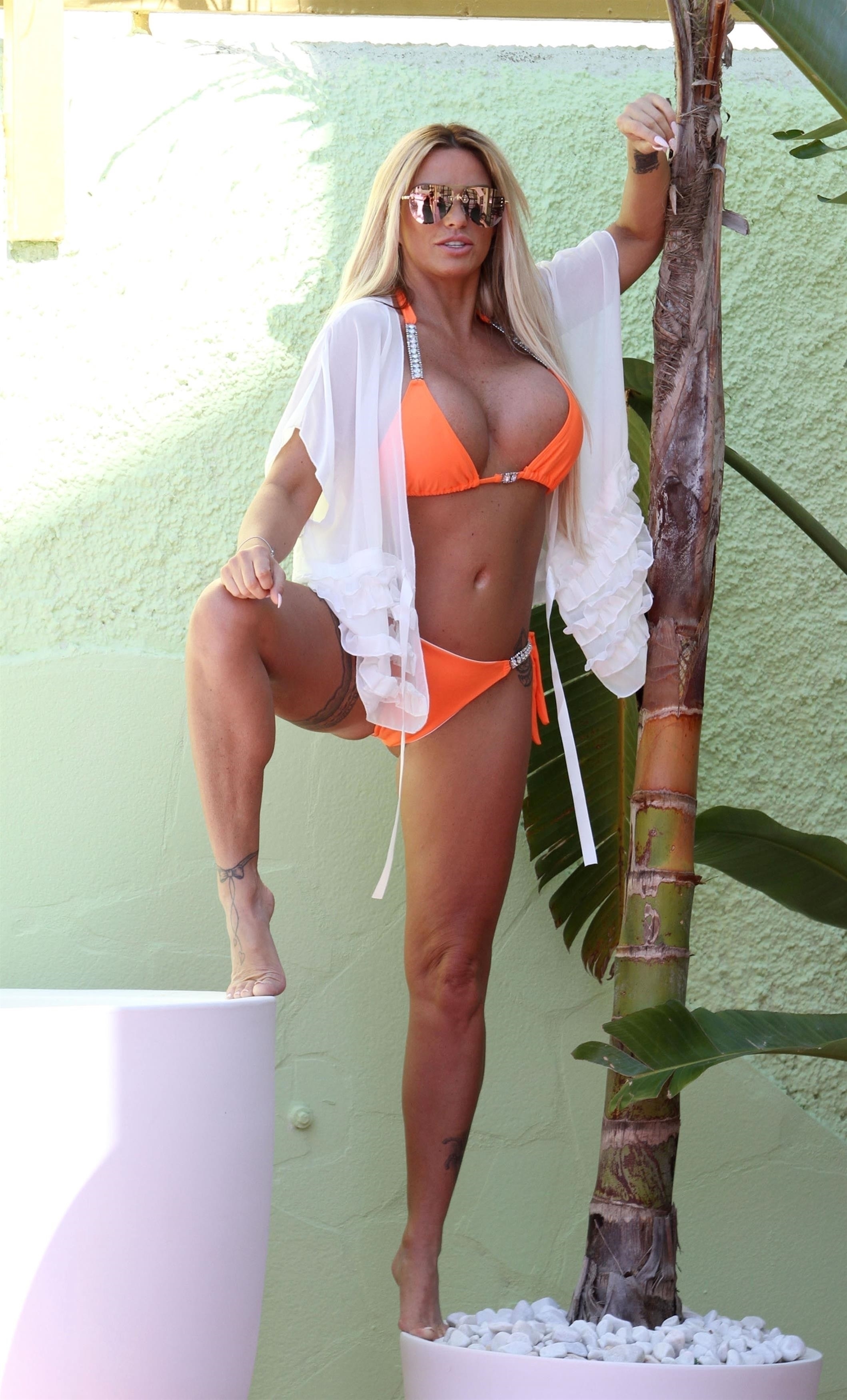 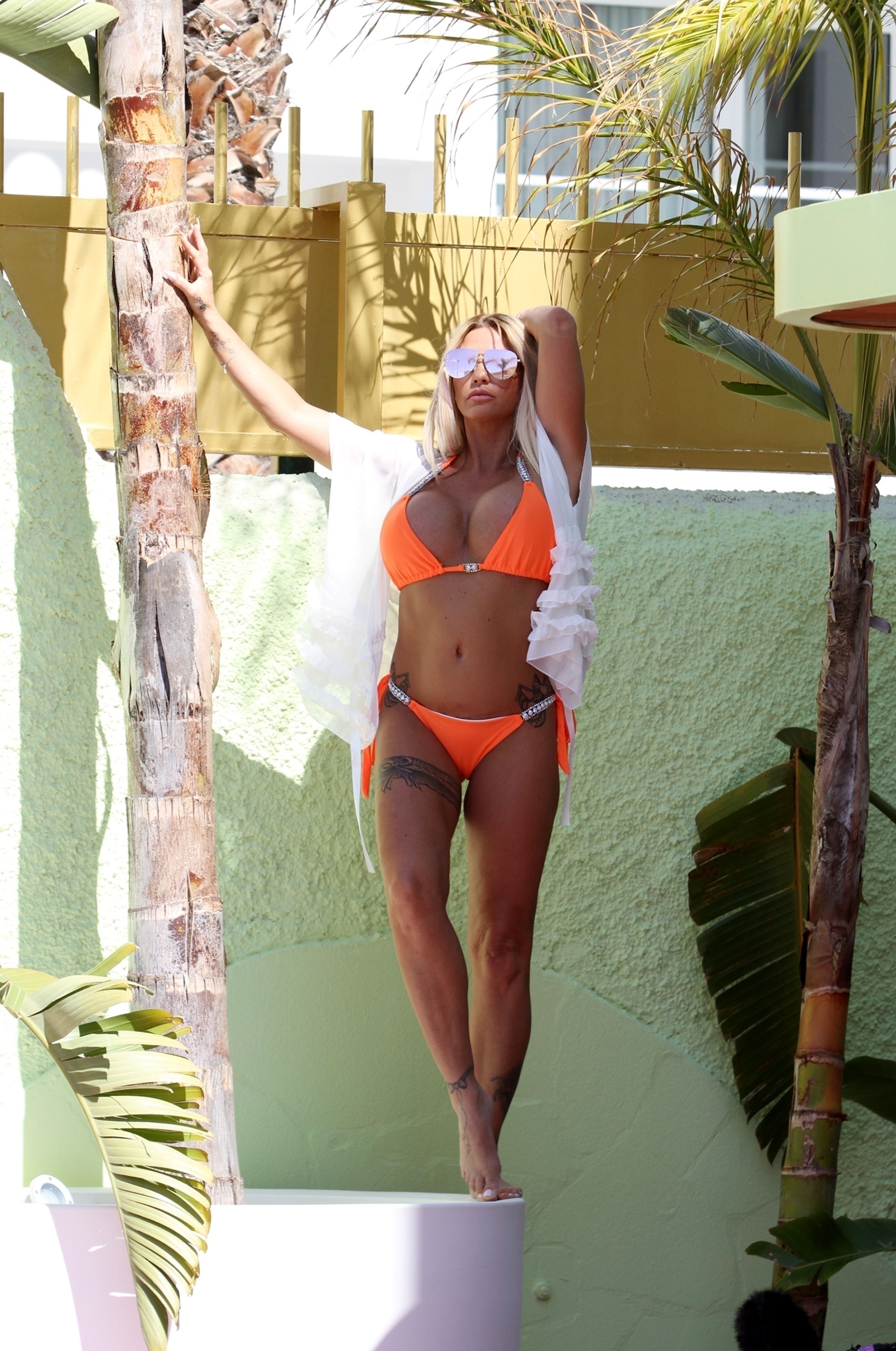 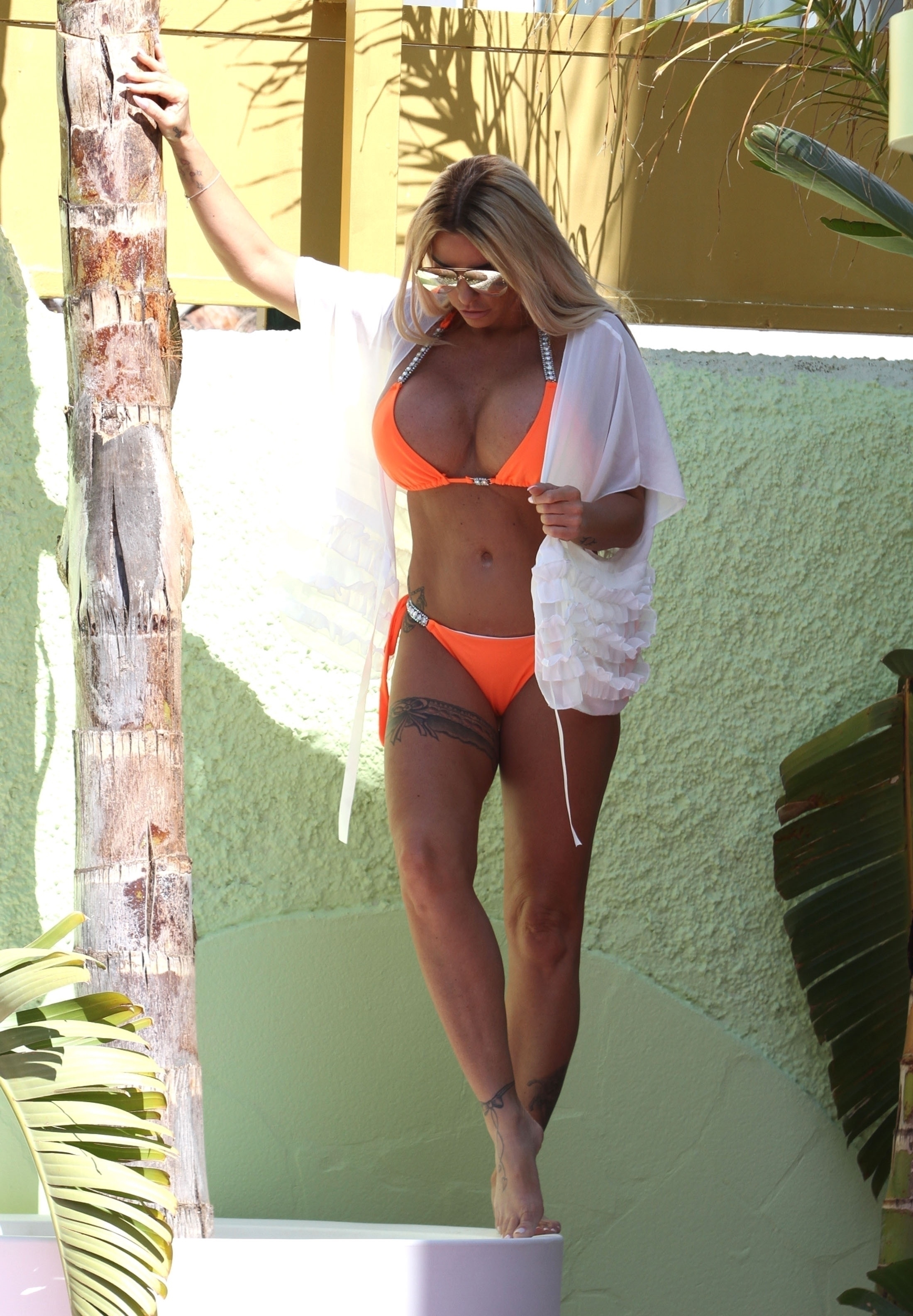 Katie recently told how she was offered £50,000 for 12 hours of ‘sexual favours’ – but Kris said ‘she ain’t worth that’.
The 40-year-old was trying to sell one of her cars when she got the naughty proposition.

A bidder offered to take it off her hands in exchange for 12 “purely confidential” hours with her, which Kris seemed to think meant something rather naughty.

During Monday's episode of My Crazy Life, Katie and Kris headed to their mate’s garage to discuss the sale of her custom pink car. 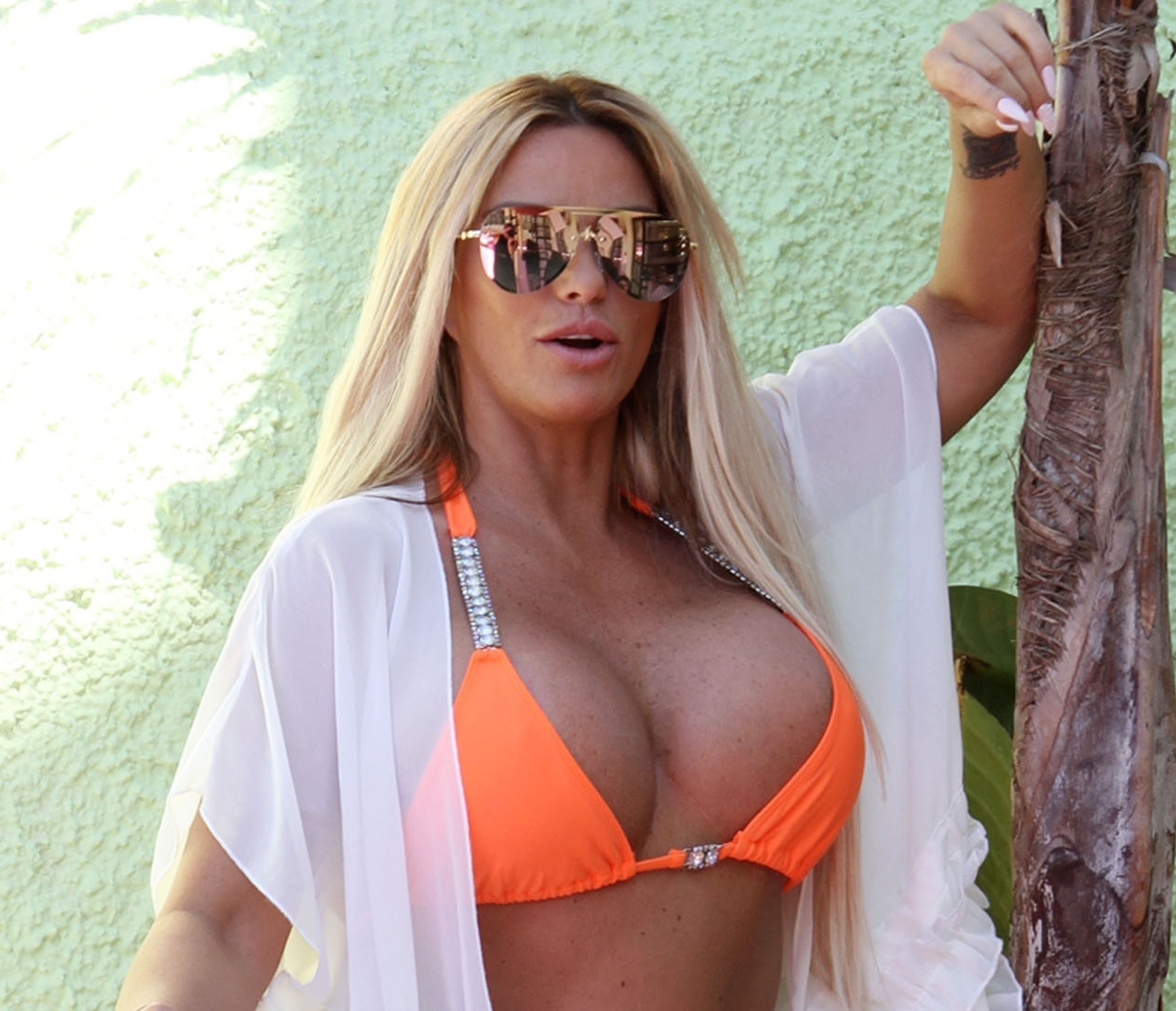 Garage owner Steve told him: "Well it's unique and it's got a celebrity status so people will buy it."

The couple got even more of a shock when Steve revealed that he'd also got a few disturbing messages including a proposition. 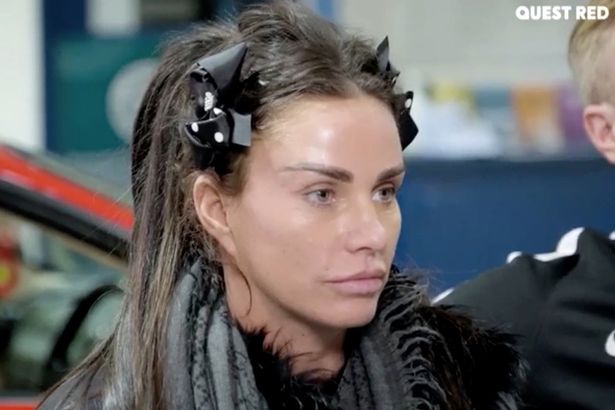 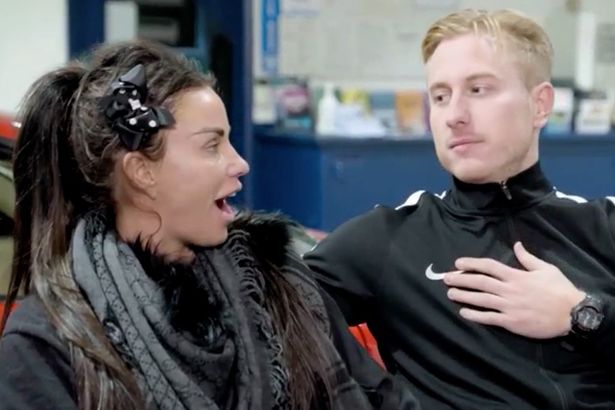 Kris retorted: "She ain't worth that mate!"

Katie however seemed rather interested and joked: "Can I have his number?!"

Last year Katie narrowly avoided being declared bankrupt after the downfall of her third marriage and the collapse of her businesses.

The mum-of-five, who was once thought to be worth £45 million, has since started to get her life back on track and has been making money where she can.