The stars bundled into a photobooth alongside Gwyneth Paltrow, 46, and posed up a storm – with Kate, 39, revealing their antics on Instagram. 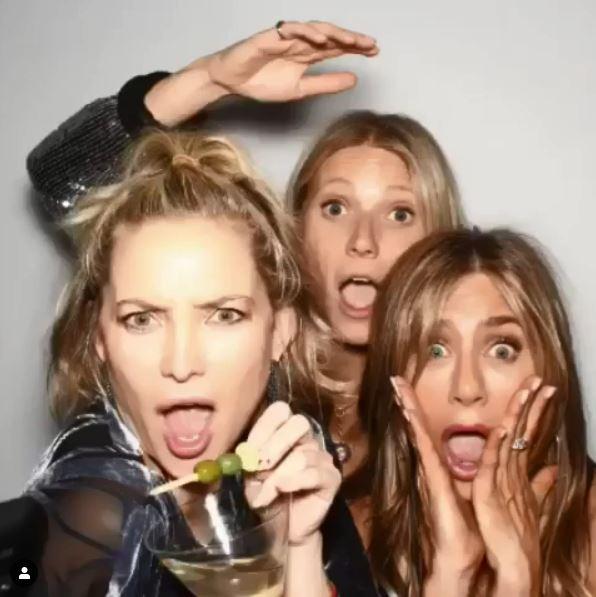 Jennifer faked a scream and Kate sipped a cocktail, as Gwyneth brought up the rear.

Kate wrote alongside the photos: "Love these ladies, Celebrated this beauty last night, Happy Bday JA! We all love you sooo!"

Delighted fans gushed over the behind-the-scenes snaps, with one writing beneath the post: "um this is the best thing ever" 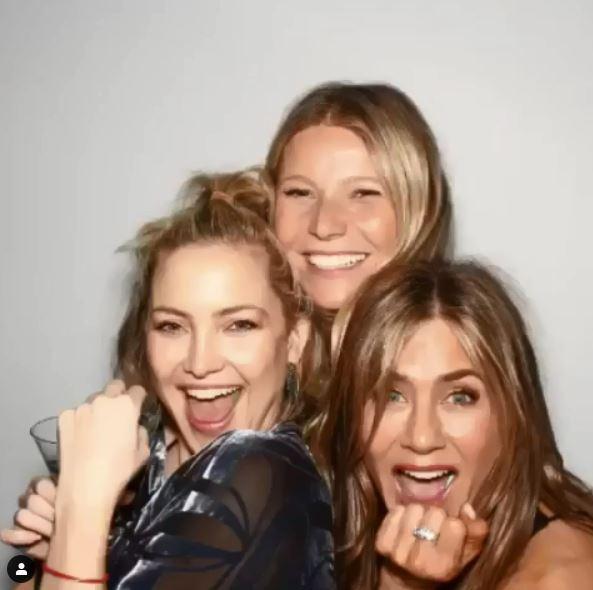 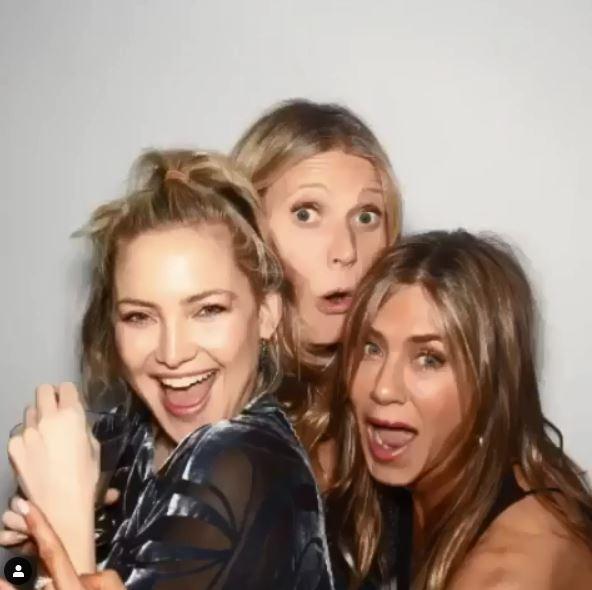 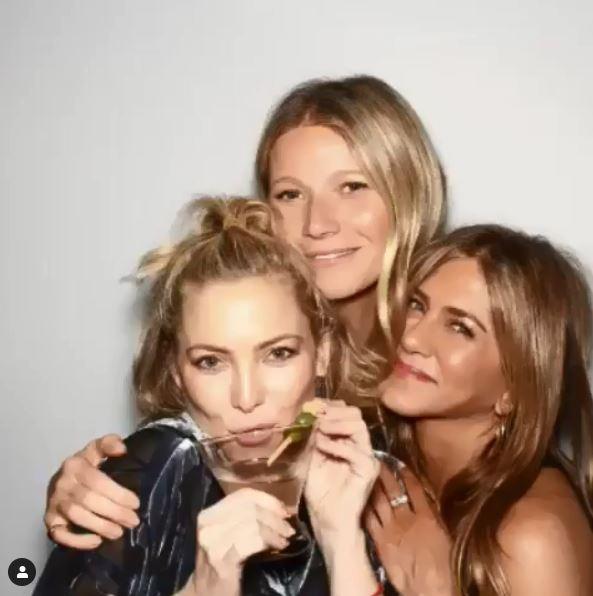 Later, Reese Witherspoon took a fall as she left the star-studded bash.

The actress, 42, slipped on the stairs and clung on to the banister at the Sunset Tower Hotel in West Hollywood.

The Legally Blonde star, along with Jennifer, Laura Dernn, Sandra Bullock and Courtney Cox, stayed up until the early hours.

Reese looked glam in a black coat teamed with massive black high heels – which definitely wouldn't have helped her balance. 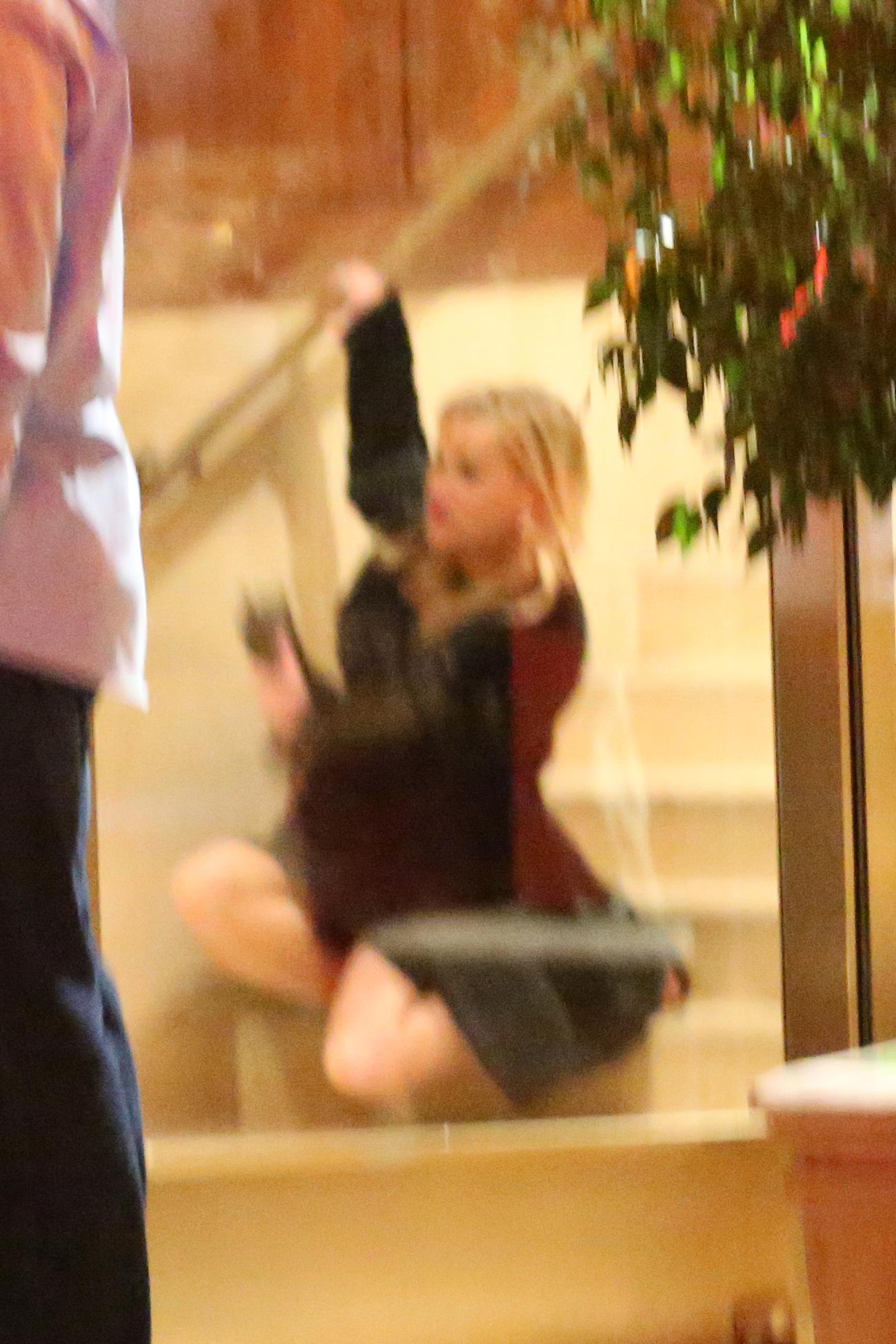 A hotel worker rushed over to help the mum-of-three before she made her way to a chauffeur-driven car.

But, most surprisingly of all, Brad Pitt was seen arriving at his ex-wife's bash.

The Hollywood actor, who divorced Jen in 2005, made a low key arrival to Sunset Tower alongside a series of star-studded guests. 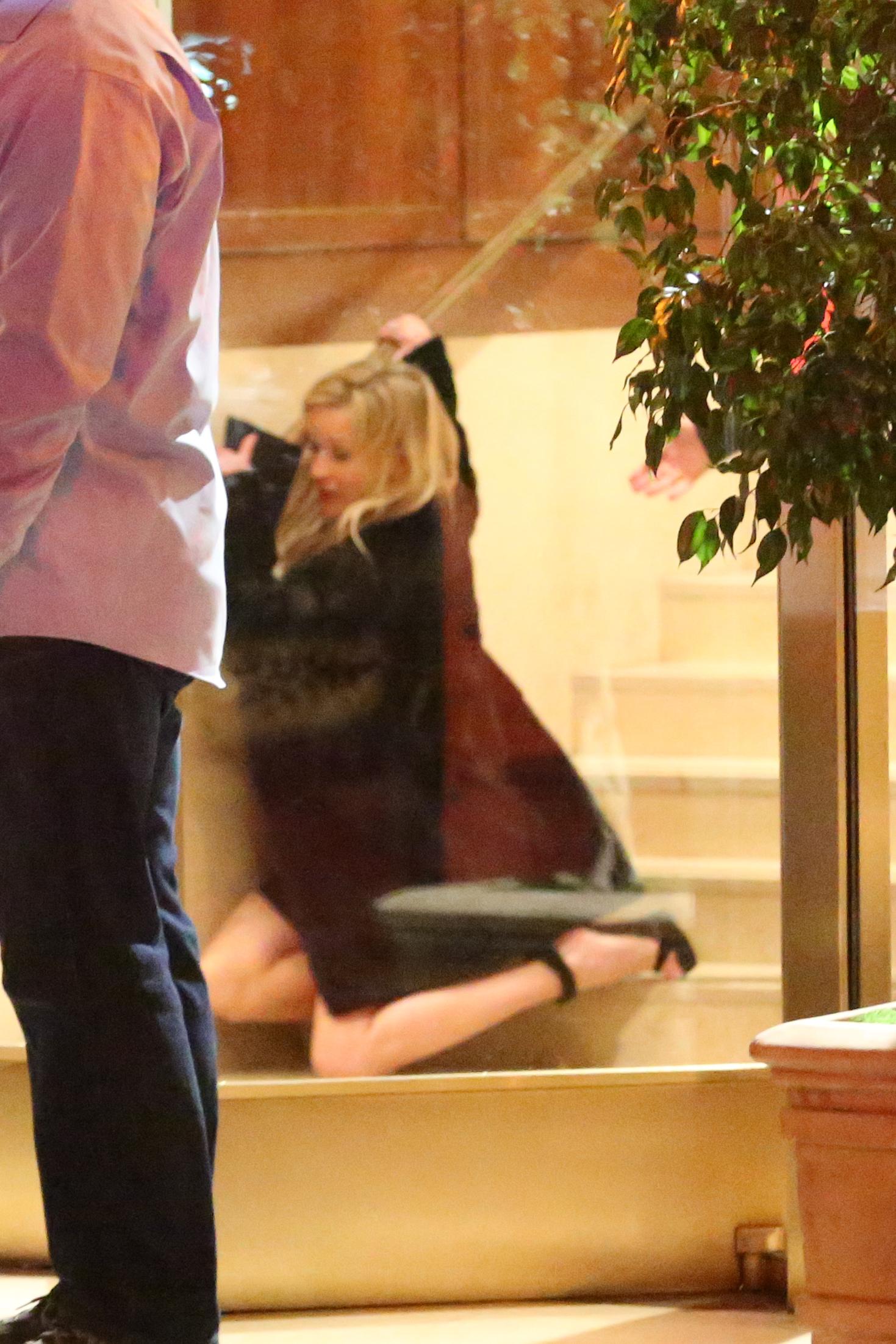 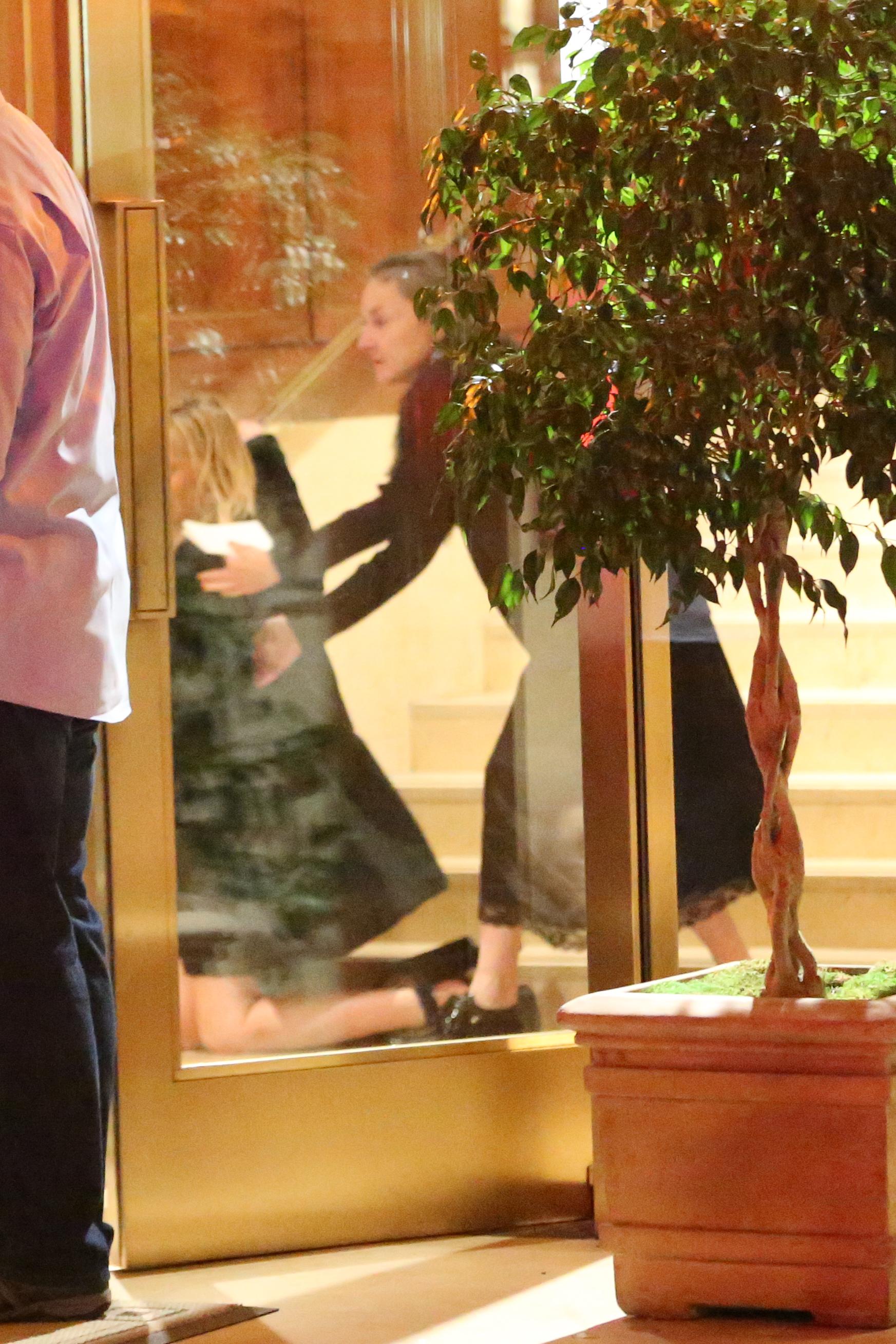 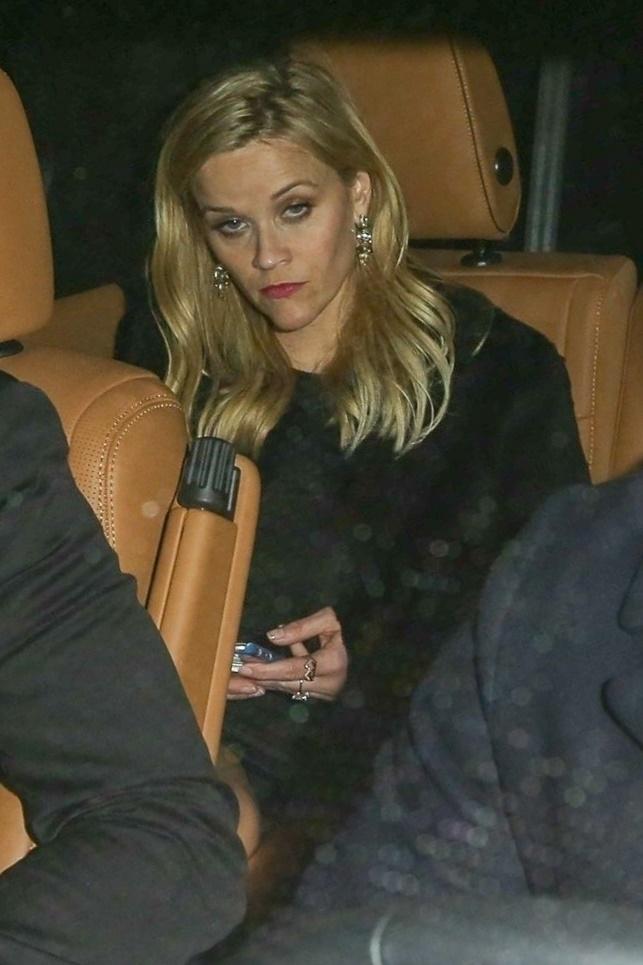 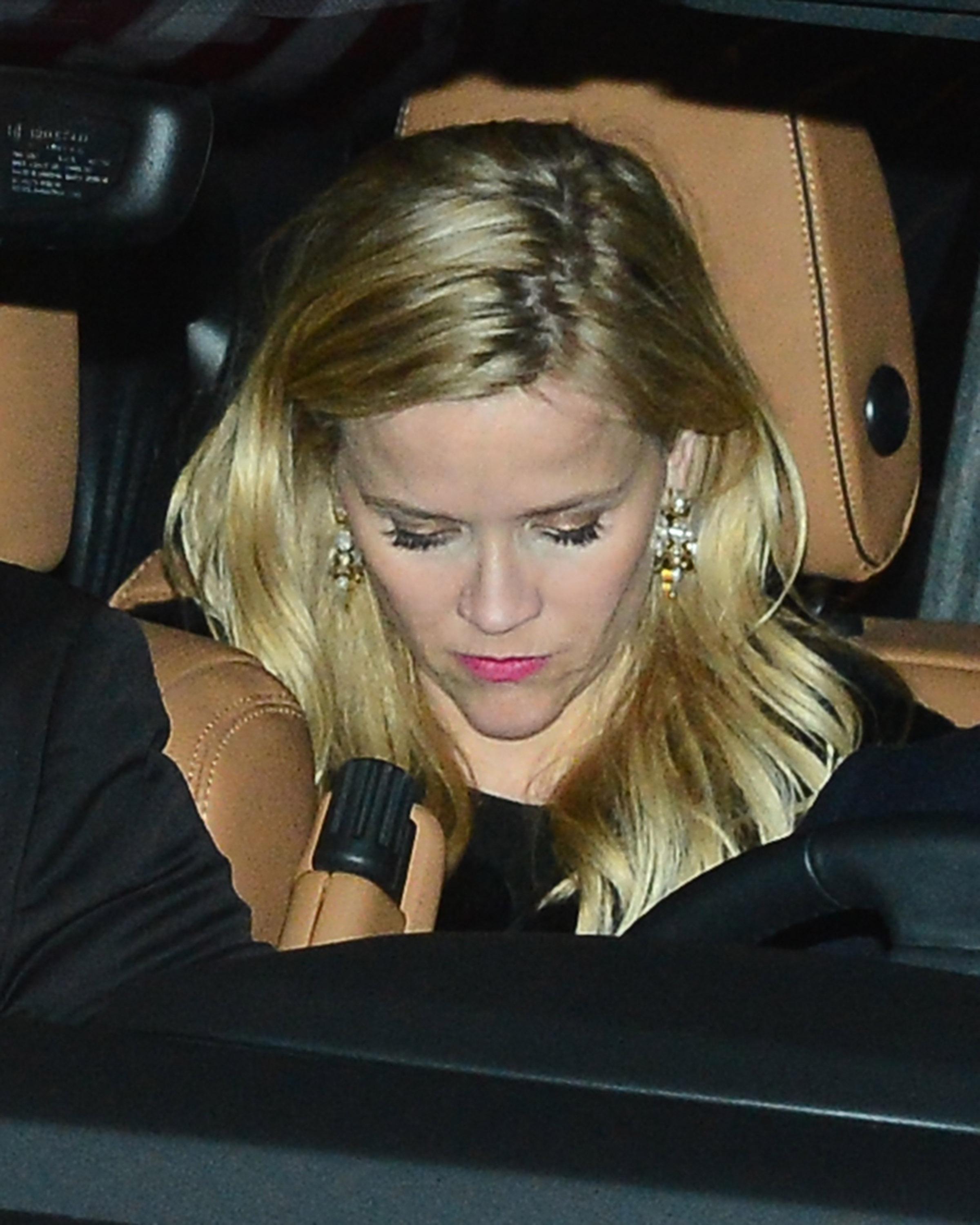 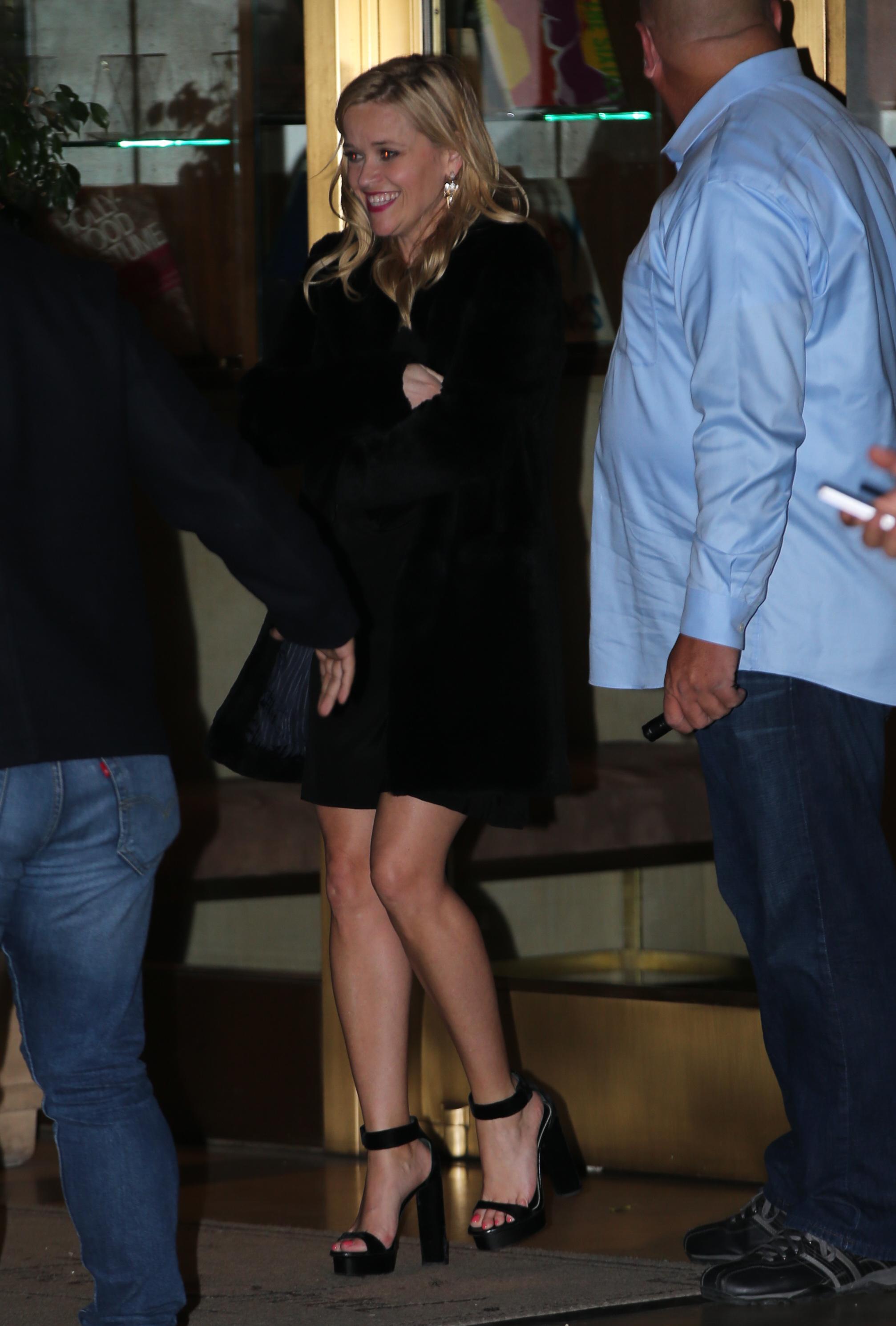 Jen meanwhile was seen wearing a backless black jumpsuit as she made a swift entrance into the venue.

Brad and Jen first met in 1998 and said I Do in 2000 when they instantly became a Hollywood power couple.

Shortly after their split Brad started dating Angelina Jolie, who he went on to marry and have children with.

Angelina later revealed they had fallen in love on the set of Mr and Mrs Smith in 2003, while he was still married to Jen. They divorced in 2016. 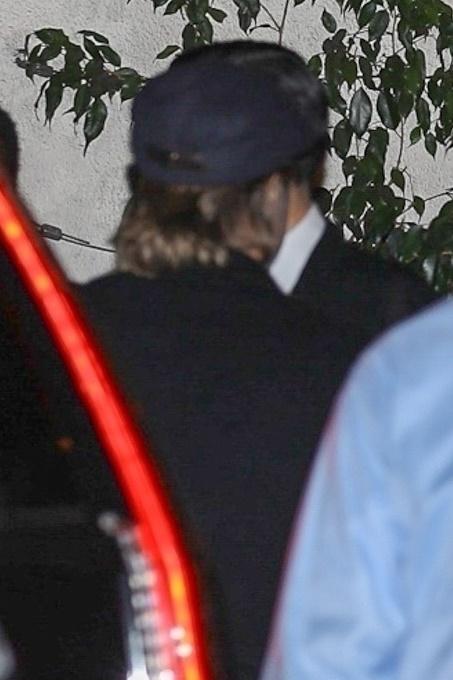 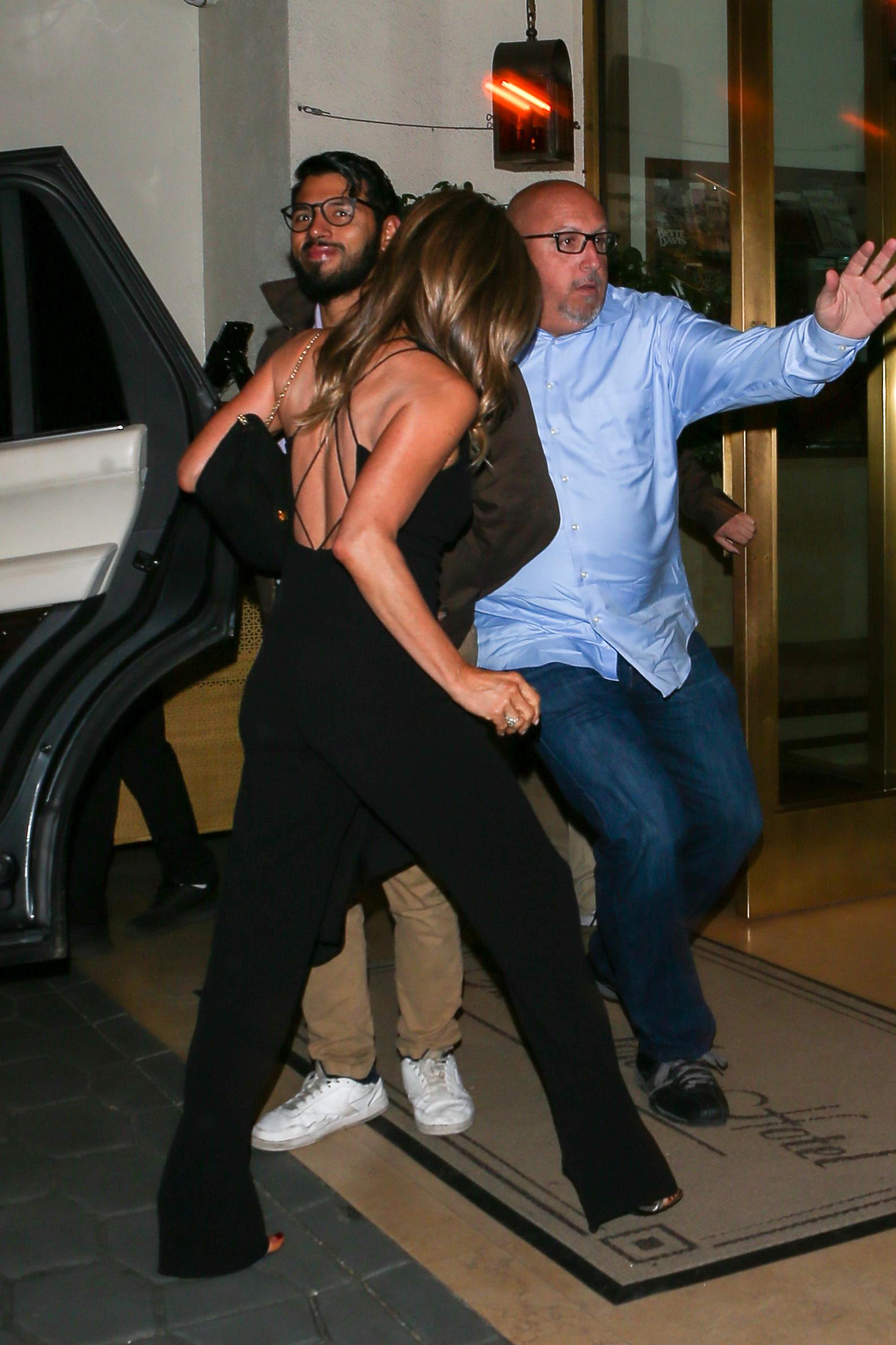 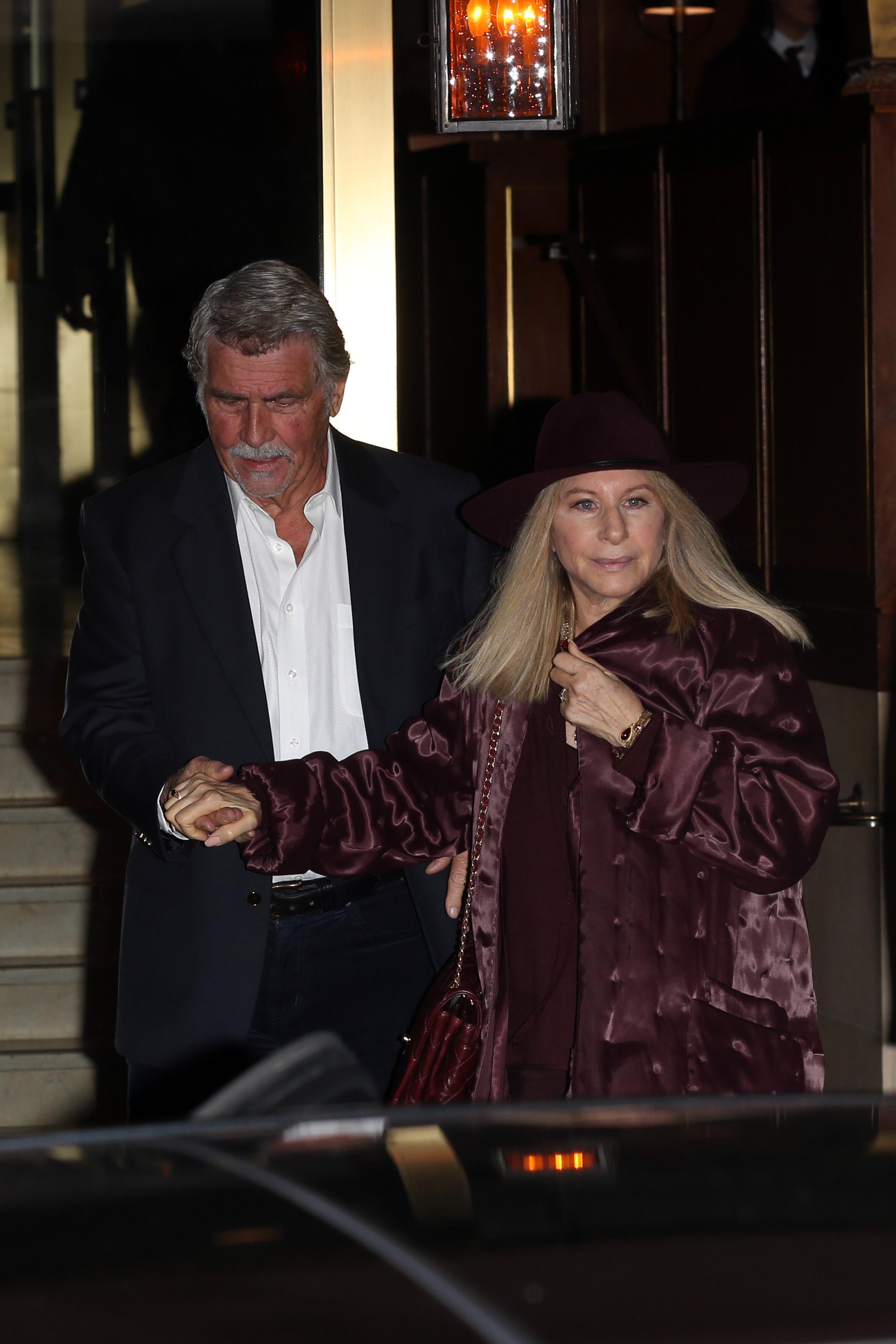 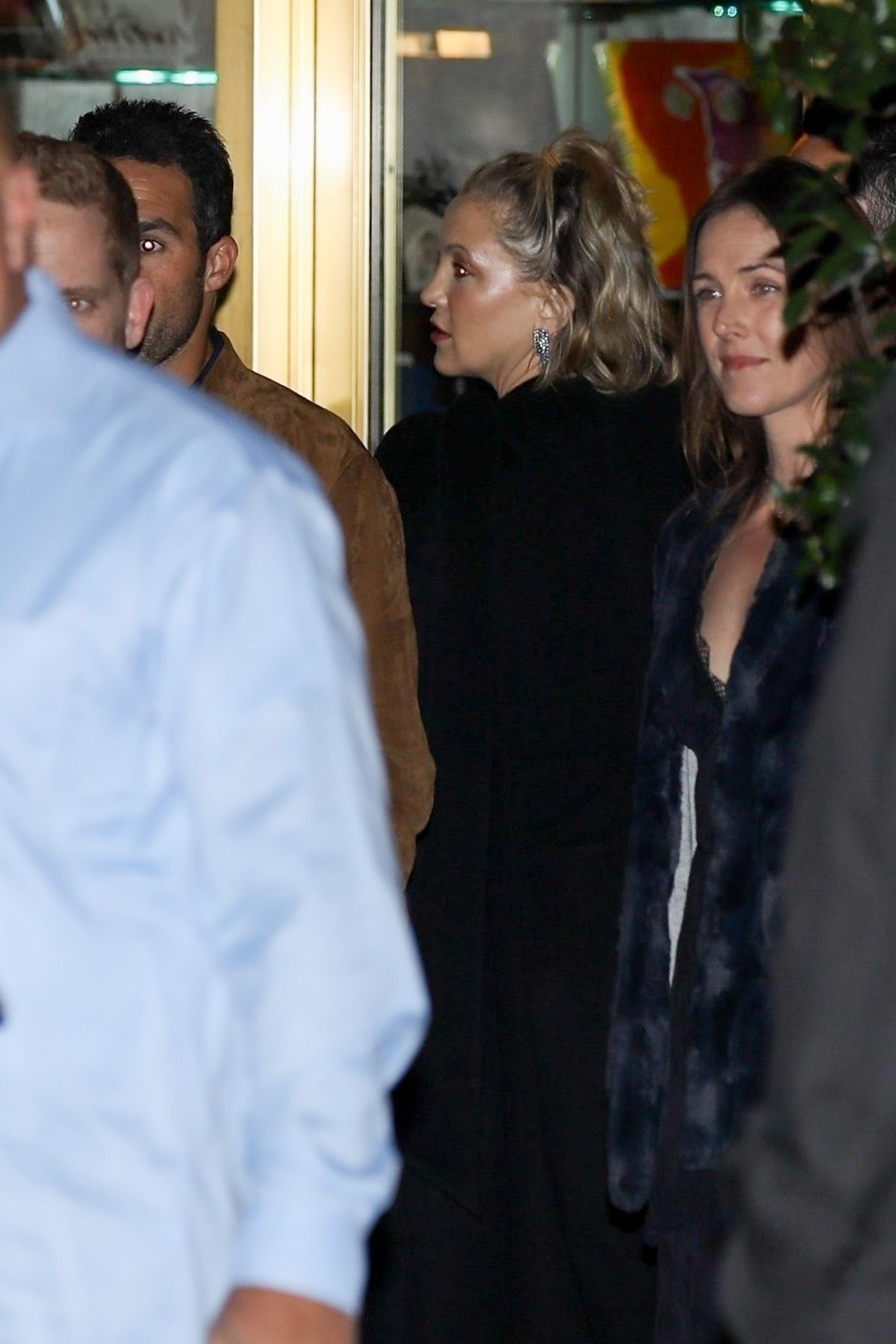