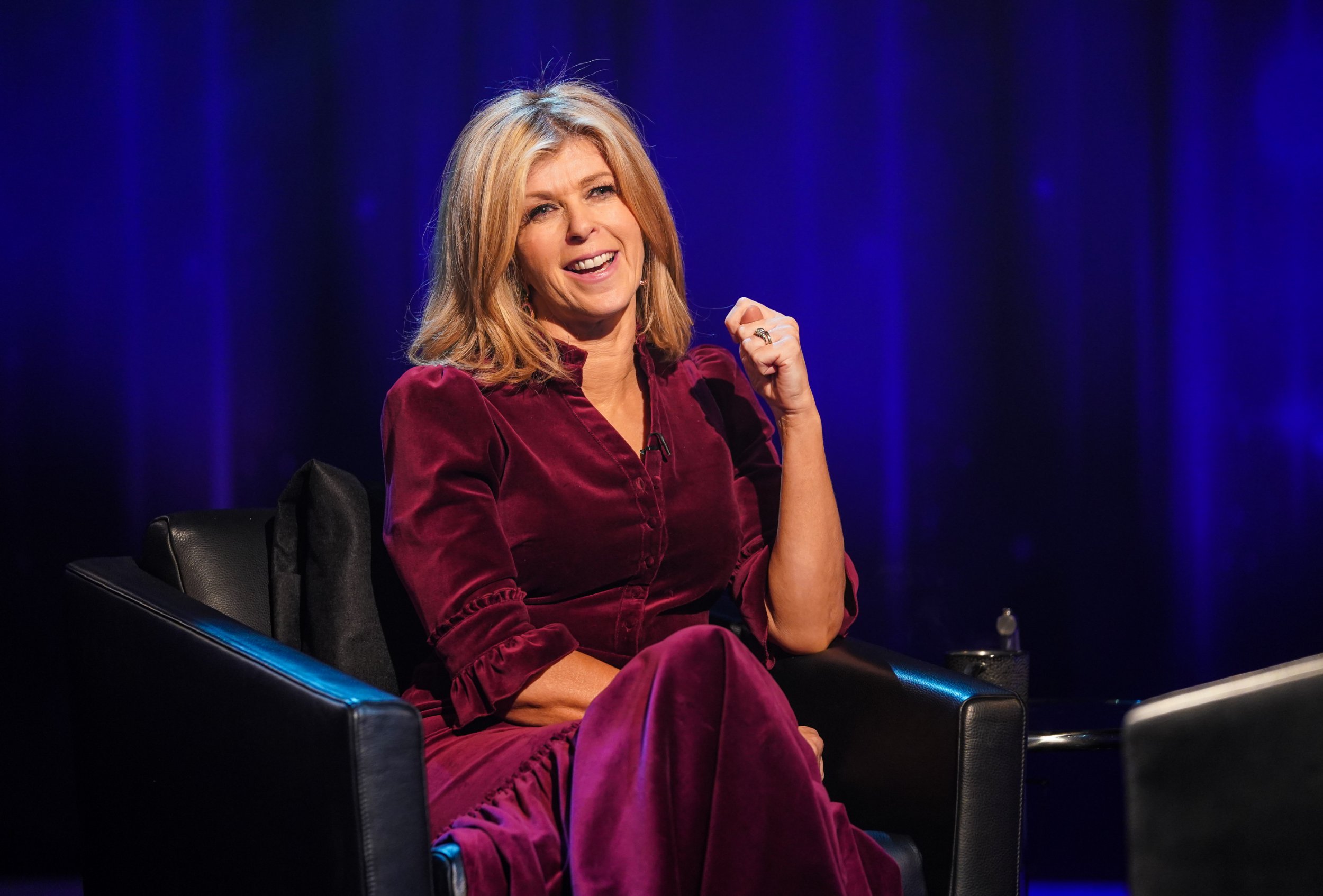 The Good Morning Britain host, 54, will draw on her own experiences of caring for her husband Derek Draper at home amid his battle with Covid.

The Sun reports that the series will see a team of experts arrive at people’s homes and as they cope with major changes in their lives.

An ITV insider said: ‘Kate is the perfect person to front a show like this given that she knows all about adapting to looking after someone since hubby Derek returned from hospital.’

Following speculation that Kate is set to become the next Nick Knowles – who presented makeover show DIY SOS for 22 years – the source added: ‘Although she’s a very different character to Nick, she’s hugely popular with viewers who see her as a down to Earth figure.’

They say the TV presenter ‘really connects with the public because, like many people, she has gone through a rough time since the pandemic started.’

The show apparently only exists as a pilot for now, which was filmed in autumn.

The news comes after Kate transformed her own family home – where she lives with children Darcey, 15, and William, 12 – to care for husband Derek after he was seriously ill with Covid.

The broadcaster spent thousands of pounds adapting her home for his return after he spent a year in hospital.

Kate changed the ground floor to fit his hospital bed and had a wet room and wheelchair lift installed.

Derek was allowed home for Christmas, which the new Life Stories host called ‘the greatest gift’ she could receive after her partner was placed in a medically induced coma for several months.

She says Derek continues to face ‘extraordinary problems with communication, mobility is very limited, massive problems with fatigue and sometimes it’s like he’s not present with you.’

The family recently enjoyed a trip to watch Cinderella at Richmond Theatre in West London, in Derek’s first sighting outside his home since he first tested positive for the virus in March last year.