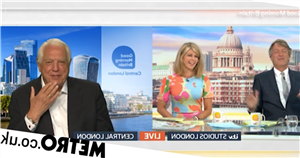 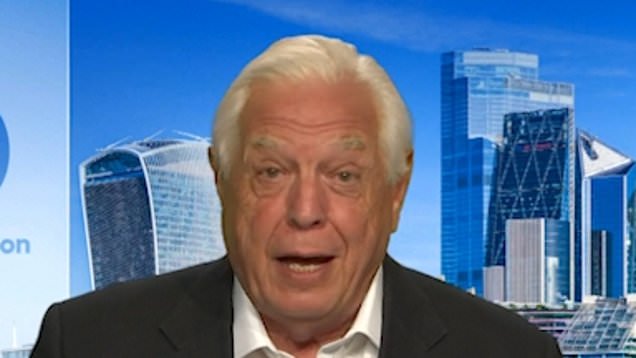 Good Morning Britain hosts Kate Garraway and Richard Madeley were forced to apologise on air after broadcaster John Simpson shocked them with a sweary outburst – all before 7am.

The journalist had Kate and Richard intrigued with a story about his near-death experience – but left them shocked when it took an expletive-filled turn.

‘It was me in Beirut some years ago and a guy stuck a gun in the back of my neck, pulled the trigger and I thought my last moment had come,’ John recalled. ‘Then everybody laughed and I got up and I brushed off my knees and I thought, “I’ve gotta reassert myself here.”

Shocked at himself, John immediately apologised, leaving Richard and Kate in stitches.

‘You’re also in trouble now for saying that on breakfast television!’ Kate said, joking: ‘We won’t give you a mock execution! You’re okay John, you’re okay. I think people understand.’

‘We apologise if you’re offended,’ she added, with Richard saying: ‘You were talking about something utterly fundamental.’

Richard is one of the new guest presenters to take over after Piers Morgan quit earlier this year.

However, it hasn’t been completely smooth sailing for Richard either, with the presenter previously compared to Steve Coogan’s parody character Alan Patridge.

Most recently, Richard had an awkward blunder when he admitted he hadn’t realised a GMB guest was in the studio with him.

He was interviewing Albie Amankona, a member of the Conservatives Against Racism For Equality organisation.

As Richard went to introduce the segment, he announced: ‘Let’s talk to a Tory’ before proceeding to speak directly to the camera despite Albie being in the ITV studio and sat on the same desk as him and Susanna Reid.

Upon realising that Albie was in fact sat just a few meters away from him, Richard exclaimed: ‘Oh, you’re there! Sorry, I thought you were on [the screen]. I’m talking to you like you’re in Winchester or something.’