Karl Stefanovic has "stepped off" Nine's troubled Today show, which he has co-hosted for 14 years.

On Wednesday, network bosses phoned the Gold Logie winner in Aspen – where he is honeymooning with his new wife – to finalise his departure. 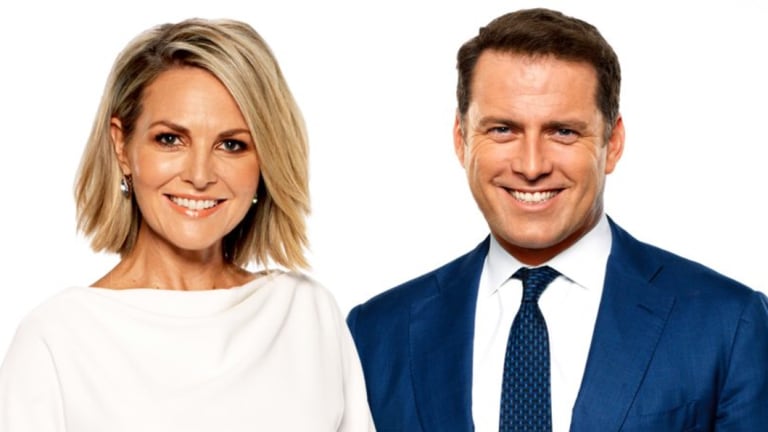 “Karl remains on contract with the network and will continue to host This Time Next Year, which records in February.”

Today’s entertainment reporter Richard Wilkins and newsreader Sylvia Jeffreys, who is married to Peter, will remain with Nine – but their on-air roles may change.

Sources claim the network could no longer tolerate Today’s declining ratings – which were not helped by a stream of negative media reports about its biggest star.

“Nine looked at the coverage of Karl’s wedding in horror,” says one person. “It was the final straw; they knew it was damaging their brand and pissing off their viewers.”

In 2016, Stefanovic split with Cassandra Thorburn, his wife of 21 years and mother of their three children. On Saturday, in a lavish ceremony in Mexico, he married fashion designer and model Jasmine Yarbrough.

“Yachts and big overseas weddings don’t translate to Today’s audience,” a source says. “You have to remember it’s aimed at white-bread suburban Australia.” 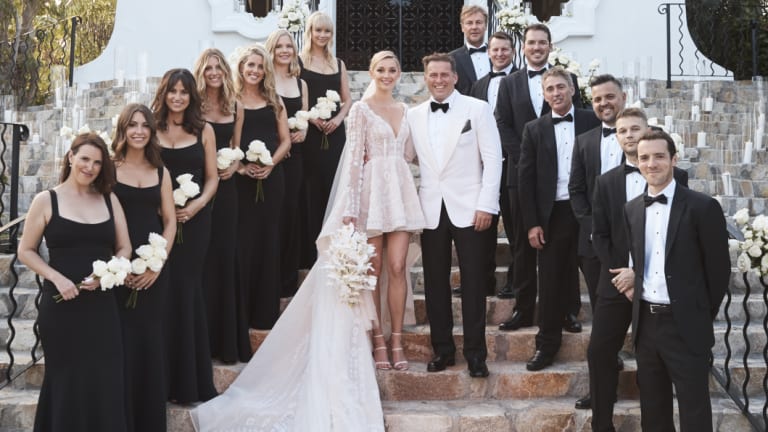 Karl Stefanovic, and Jasmine Yarbrough, were married at the One & Only Palmilla resort in Cabo Mexico.

Nine’s Adelaide newsreader Brenton Ragless, currently hosting Today’s summer edition, is tipped to join Georgie Gardner as permanent co-anchor. The network has not confirmed this, nor has it announced Peter’s replacement on Weekend Today.

Today’s executive producer Mark Calvert resigned from the network earlier this month. He has been replaced by former A Current Affair boss Steven Burling, who will now oversee Nine’s entire morning schedule.

Sources claim Karl’s reputation has been tarnished by a series of missteps over the past two years. 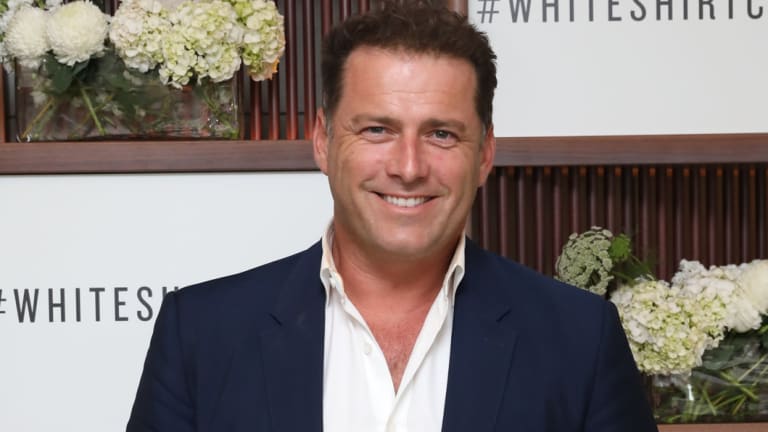 “He used to be seen as as a ‘larrikin’,” says one person. “But now some viewers see him as arrogant.”

Reports of tension between Karl and Gardner have plagued the show for more than a year.

This came to a head in May with the so-called “Ubergate” scandal. According to New Idea, a driver overheard a phone call in which Peter claimed he “hated” his job, while Karl accused Gardner of being too cautious and “sitting on the fence”.

Sources say Nine’s management was also dismayed by paparazzi photos of Karl and Yarbrough frolicking on James Packer’s “super yacht”. Nor were they amused by the couple selling their wedding photos to Who magazine, which is part of a publishing stable owned by Nine’s biggest rival, Seven West Media.

“No one’s saying Karl has done anything wrong [in his private life],” says one TV insider. “His divorce is a matter for him and Cass. But when your ex-wife is clearly upset – and you’re living it up with your glamorous new girlfriend [in public] – it undermines that ‘family man’ image.”

In June, Karl admitted his bosses’ anger over the Ubergate controversy was “fair enough”, telling KIIS FM: “Whatever comes out of my mouth I’m responsible for. And if that brings the company into disrepute, that’s on me. I accept full responsibility.”

In September, Nine CEO Hugh Marks told News Corp: “Clearly, it’s been a tough and challenging year for Karl and Today. No doubt the constant publicity surrounding issues with his personal life have had an impact on Karl, his colleagues and on the show. We can’t hide from that. And as a result we know there’s a lot of hard work to be done to win back the audience.”

On Wednesday, Stefanovic said: “For the last 14 years I’ve co-hosted the best show on television. I can’t thank Nine enough for the opportunity. I never in my wildest dreams thought I would be good enough to host this grand show for so long. Thanks to our viewers mostly, you are what matters most. It’s been a tough time. Thanks for hanging in there. I look forward to seeing you in another capacity at this great Network soon.”

Breakfast remains an important battleground for commercial networks, with each show attracting tens of millions in advertising revenue.

The Age and the Sydney Morning Herald are owned by Nine.