Emer Kenny serves as writer, executive producer and actress on ITV’s latest crime series Karen Pirie. The drama is an adaptation of Val McDermid’s crime novel featuring Scottish detective Karen Pirie. The three-part series weaves between the past and the present in two detailed timelines, and Emer was determined to make it all work visually for viewers.

Karen Pirie (played by Lauren Lyle) is tasked with investigating the murder of a Scottish barmaid called Rosie Duff (Anna Russell-Martin) 25 years after she was killed.

Jhon Lumsden), Alex (Buom Tihngang) and Tom (Jack Hesketh) who were never charged despite being the police’s only suspects.

A true-crime podcast caused the case to be reopened by a fearless Karen and the series switches between the 1990s and the present day.

Different actors play young and old versions of themselves, and Emer revealed she was concerned about the “possible confusion” this would cause for the viewer. 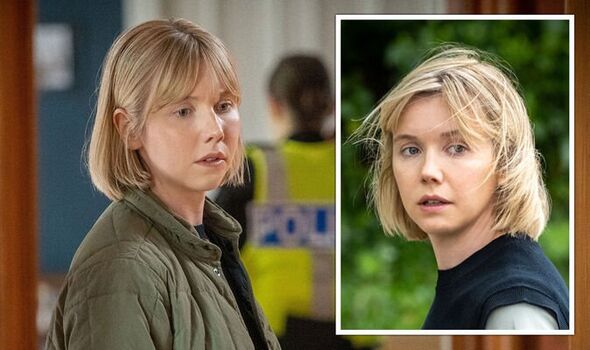 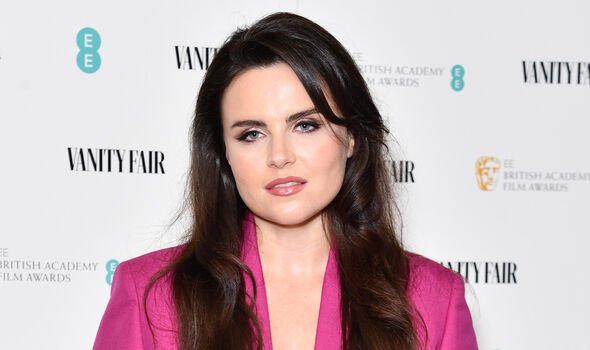 However, the modern-day characters had striking resemblances to their younger selves, making the timelines simple to follow.

Ahead of the series landing on ITV, Emer told Express.co.uk and other media: “I change my opinions all the time, I have 1000 arguments and questions in my head all the time so I think drama is a great place to explore them.”

She continued: “I mean, I’m obsessive, I read the book eight times.

“It doesn’t happen by accident that everything flows into each other but one of the big things is making sure those two timelines both told a story in their own right, and you had hooks in the two timelines. 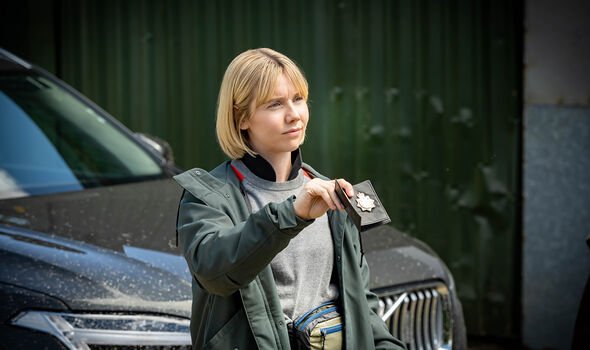 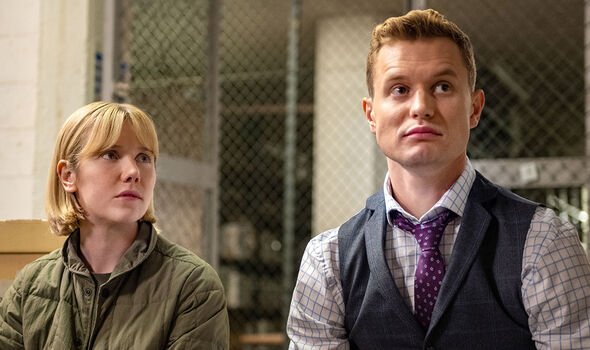 “Because I really hate it when you watch a show and they have like little flashbacks that are really half-hearted and sepia-toned, and everyone’s wearing a bad wig. And it just feels like they haven’t fully committed.”

While she wanted 1996 to be a big part of the series, she added: “There’s the possible confusion that you have, because you have these three characters played by different actors.

“We talked so much about how to do that visually, to keep them, you know, being very distinct from each other.”

Emer wrote the script when she was 29 – the same age as Karen in the series – and has tried to make each scene “feel seamless”.

Emer, who plays Karen’s friend River Wilde, also opened up about adapting Val’s novel to fit a 2022 audience as the book was released in 2004.

When asked why the case was reopened following the release of a true crime podcast by Bel Richmond (Rakhee Thakrar), Emer explained: “I listened to loads of [podcasts], I think they’re gripping and fascinating and brilliant.

“But there is something really weird about cooking dinner and listening to the details of someone’s horrendous murder.

“But I also understand why Karen thinks it’s disgusting that she’s profiting off this horrible thing that happened to this girl.

“I also put it in there because it feels strange to write about cold cases of true crime without mentioning podcasts now because it’s such a big phenomenon and it’s something that we’re all talking about all the time.”

She said the book was written before podcasts had taken off and wanted to bring the series up to date.

Karen Pirie continues on Sunday at 8pm on ITV for a two-hour instalment.