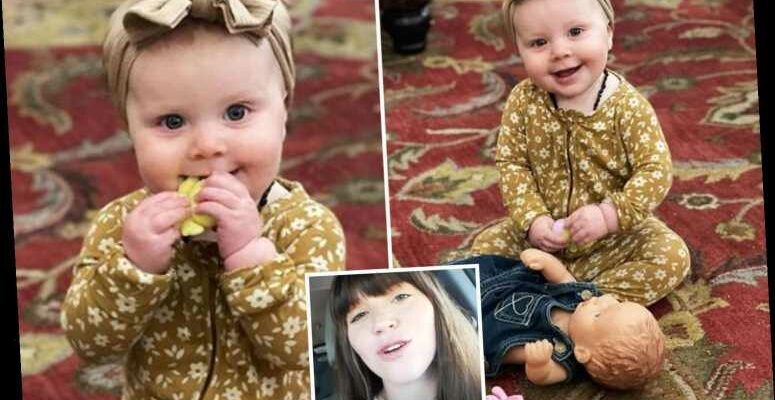 JOY-ANNA Duggar melted fans hearts when she shared a sweet snap of her baby daughter Evy playing with her doll.

The new snap comes just a day after the mom-of-two shared her fears that the tot had “brain damage” after a “weird bump” appeared on her skull. 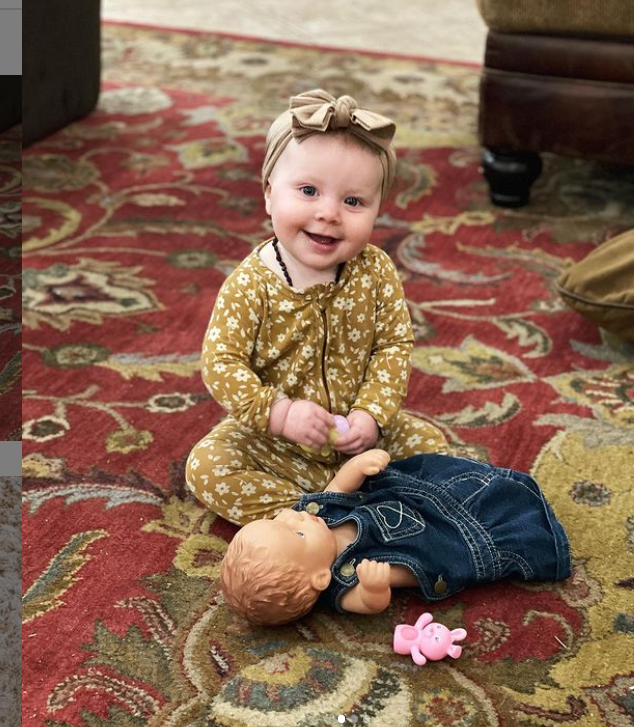 Putting her worries aside, the reality star shared a cute photo of her seven-month-old.

In the picture, little Evy is seen looking happy as she plays with her doll.

Joy-Anna captioned the photo with: "My babydoll playing with her babydoll."

Her family quickly commented on sweet snap with her sister-in-law Anna Duggar saying: "Does it get any sweeter than this?!!" 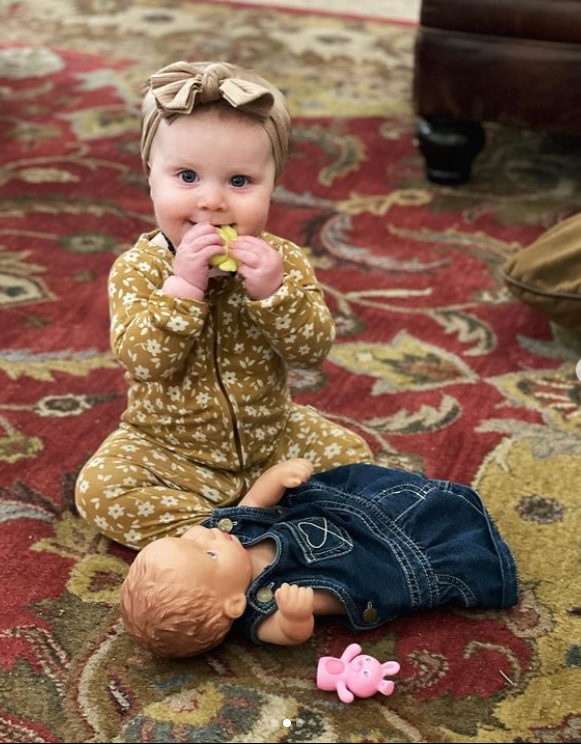 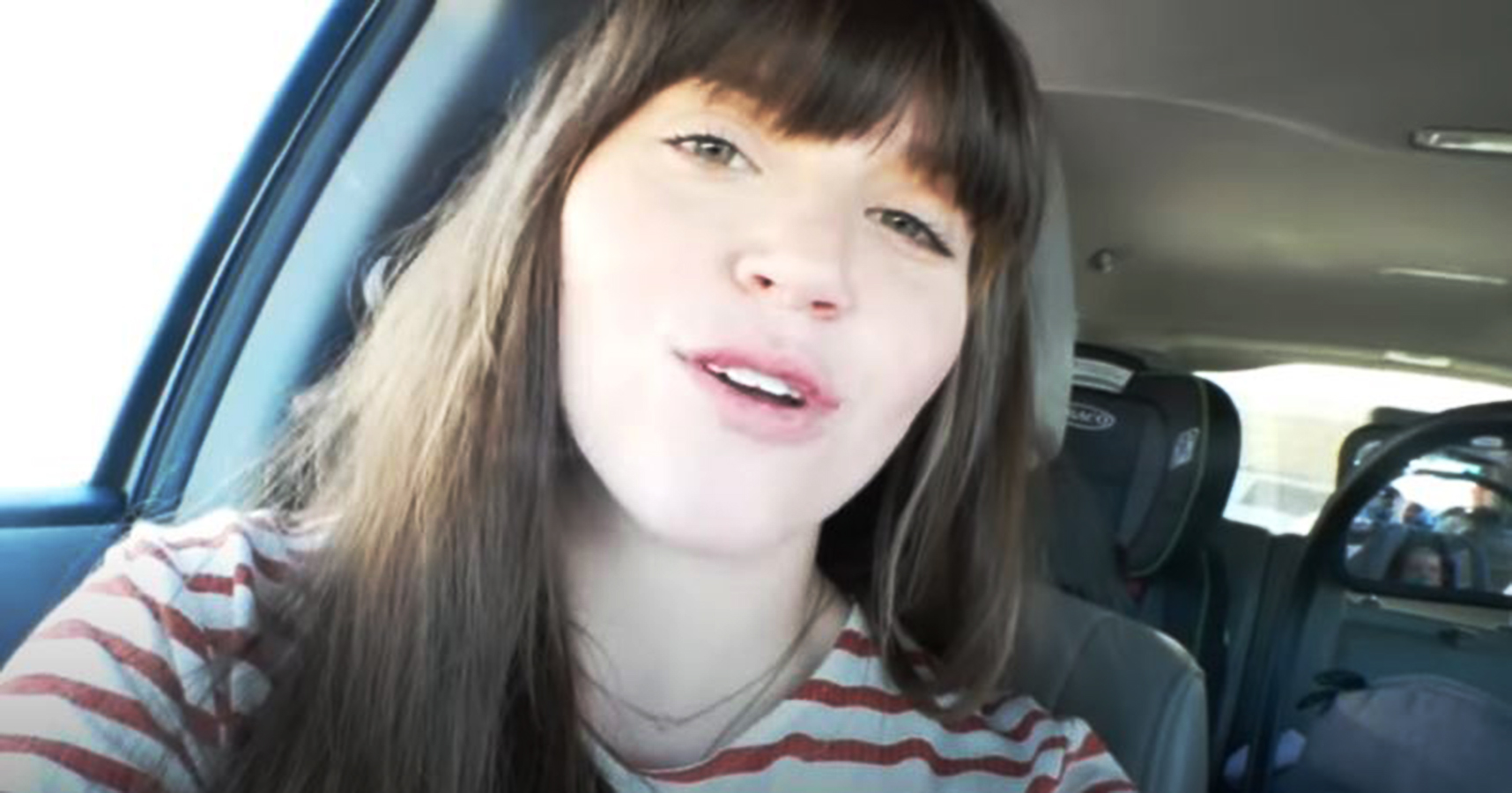 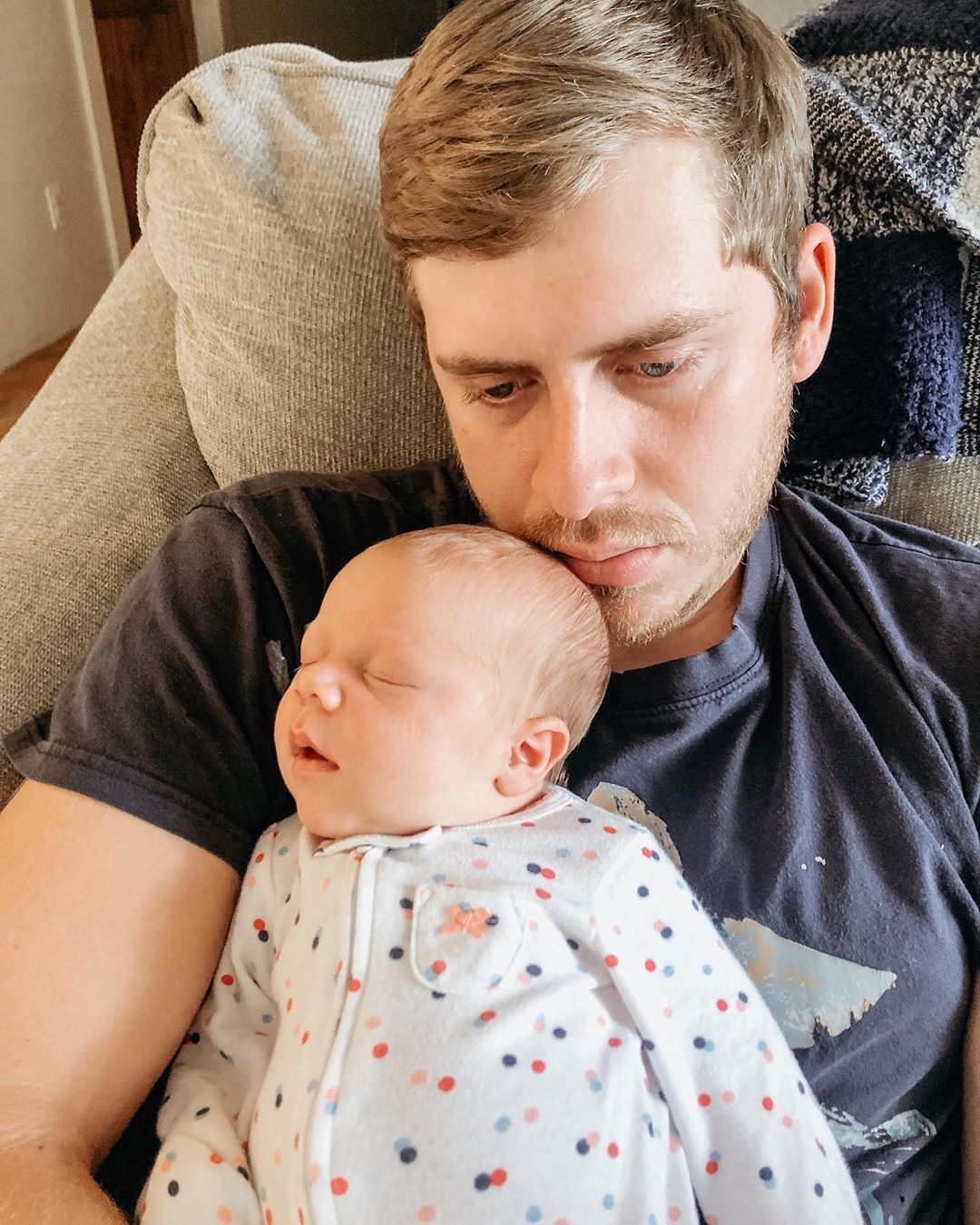 The picture comes after they revealed they took their adorable baby to Arkansas Children’s Hospital to get checked out by a specialist doctor.

Joy-Anna shared her fears for her baby daughter during the latest installment of the family’s Follow the Forsyths vlog on YouTube.

Speaking to the camera, the mom revealed that she and her husband Austin, 27, were heading to Little Rock in Arkansas to see a doctor about a bump on their daughter’s head.

“The doctor was concerned enough to where he wanted us to go get it checked out by a craniofacial doctor,” she continued.

With that scary possibility hanging over Joy-Anna and Austin’s heads, the couple set off to the specialist hospital.

The Counting On star told viewers she was too stressed to go into the hospital with Evy so Austin would take her in and they would FaceTime her.

The doctor concluded that Evy’s skull wasn’t fusing together too quickly and that they should just keep an eye on it over the next few years. 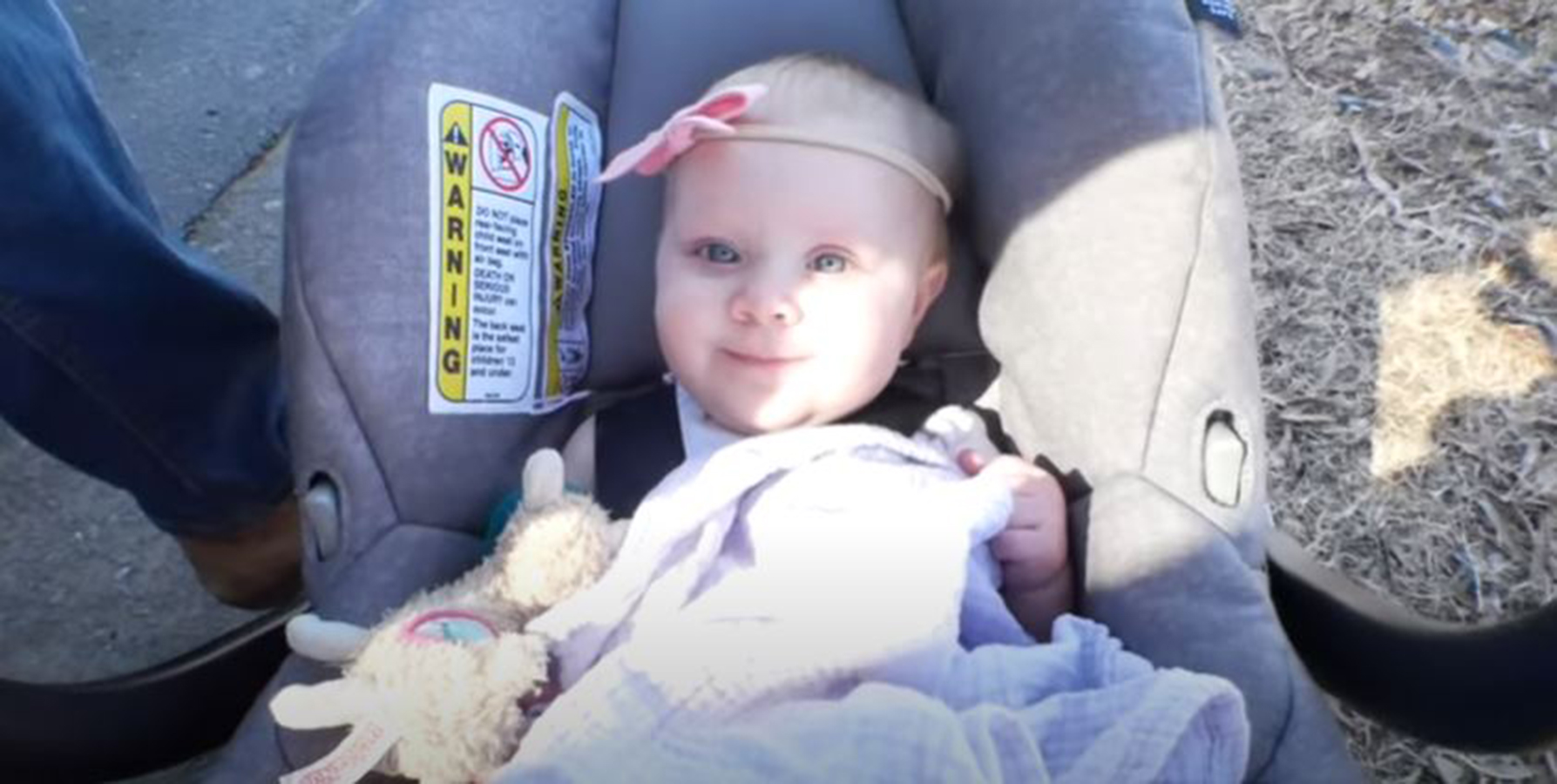 Austin and Joy-Anna were overjoyed by the news and couldn’t wait to tell their little boy, Gideon, three.

Joy-Anna recently made up with her sister Jill, after the two fell out.

Jill is one of the few family members who has strayed away from her parents' strict rules, as she's made her own life.

The feud between the sisters came after Jill’s husband Derrick blasted the family’s hit TLC show, alleging that the series is “not accurate at all.” 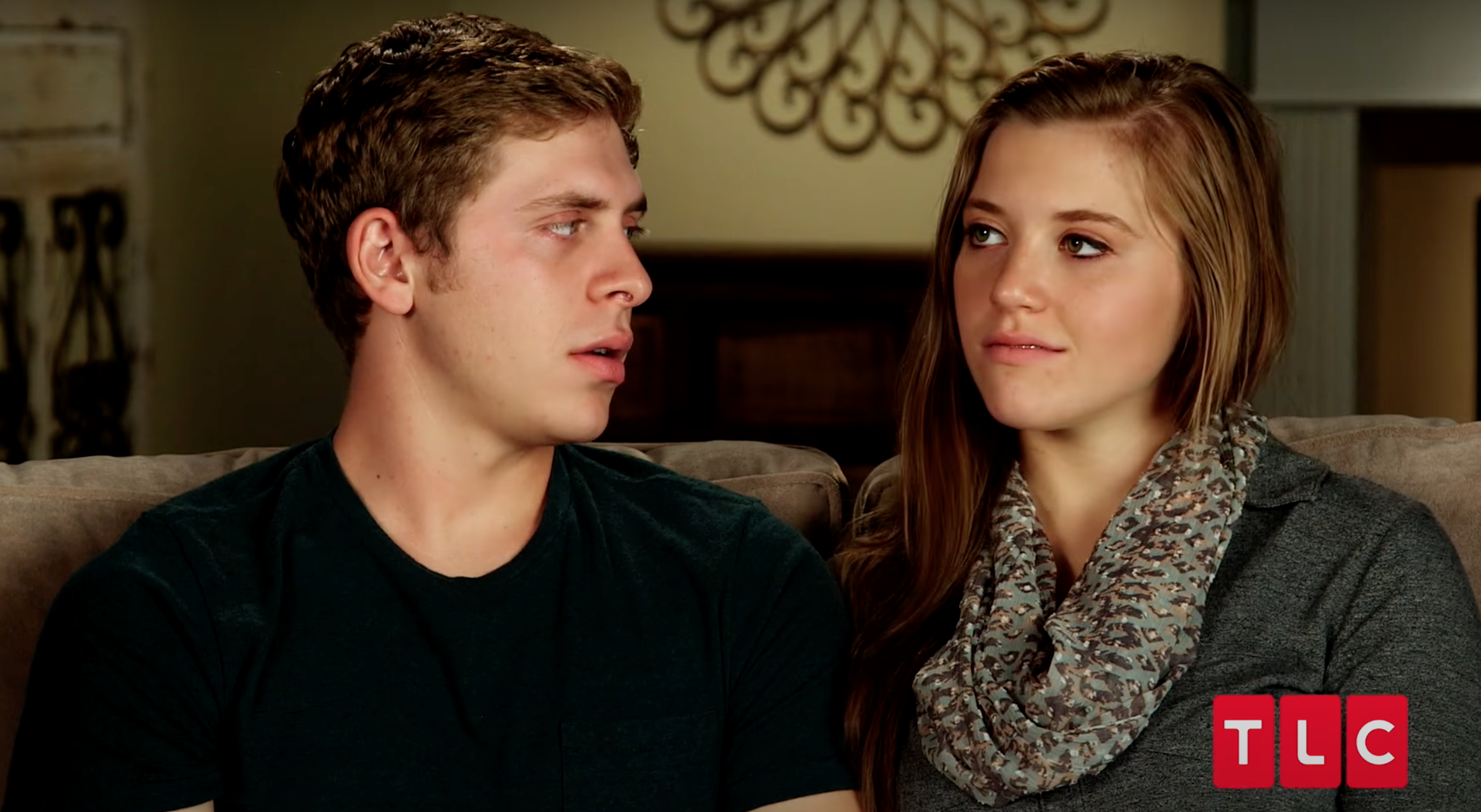 He fumed: “Maybe I’ll start a livestream during episodes, critiquing what is really going on in real-time.

“[The show is] still under [Jim Bob Duggar‘s] control, and he will attack the victims if they threaten his show. We were humiliated and threatened when we first tried to not film.”

Jill and Derick have been distancing themselves from the show and the fundamentalist family since leaving the show in 2017.