During Wednesday’s Good Morning Britain, ITV presenters Susanna Reid and Adil Ray invited Labour MP Jonathan Ashworth onto the show to talk about the upcoming by-election. The hosts also quizzed the Shadow Health Secretary on foreign travel and whether people should be allowed to go on holiday. However, some viewers branded the interview a “car crash” after Ashworth seemed to dodge answering some of the host’s questions, while others branded the MP as “clueless”.

Taking to social media to share their thoughts over the interview, one viewer tweeted: “Starmer apparently decides what shadow Minister’s say Jonathan Ashwood in car crash interview #GMB because he didn’t know one firm policy! Starmer stood on policies that were fully costed.”

Another penned: “Car crash interview by Jonathan Ashworth…must have been taking lessons from Angela Rayner.”

A third added: “@JonAshworth #gmb every time I see you on TV, you just say the opposite on what the conservatives are doing. You have no policies?! And you are going to pause the aviation industry even longer? What are the implications? How much will that cost? #shambles #embarrassment #pathetic.” (sic) 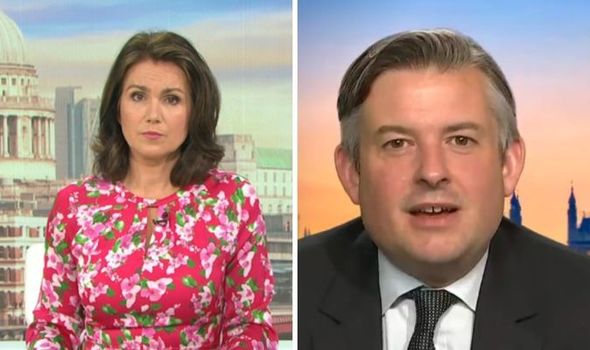