An ex-girlfriend of the Prime Minister Boris Johnson was appalled by a prying question asked by Richard Madeley on Good Morning Britain, refusing to answer in an awkward encounter.

This week, the Prime Minister won his confidence vote in Parliament, claiming it was a ‘convincing’ victory despite 148 Conservative politicians voting against him.

On Wednesday’s Good Morning Britain, Richard and his co-host Susanna Reid spoke to journalist Petronella Wyatt, who was romantically involved with the Prime Minister from 2000 to 2004.

Having been asked for her views on her former flame’s position as PM and whether he’s suited for the role, Richard then embarked on a more personal line of questioning, as he wondered whether Petronella would consider starting things back up again if her former boyfriend was still single.

‘If he wasn’t married, if he was single, and if you weren’t going out with anyone, could you see yourselves getting back together?’ he asked. 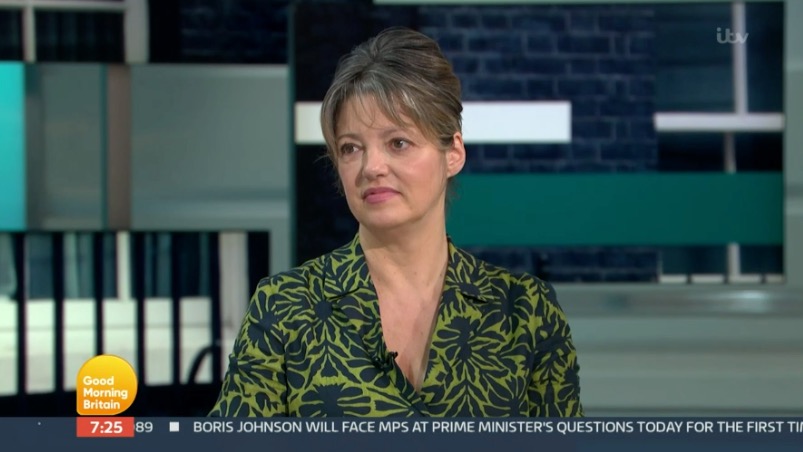 Petronella also dubbed Richard ‘presumptuous’ when he speculated that she was ‘in love’ with the PM when they were together.

However, he retorted: ‘Well you were together for four years, I assume you weren’t with him because you hated him! It’s not presumptuous, it’s common sense!’

While speaking about the Conservative Party leader, Petronella explained that in her experience, he was ‘surprisingly thin-skinned and sensitive’.

When asked whether she still had a ‘soft spot’ for him, she said that she found it ‘hard not to be fond of him’, adding that she knew being Prime Minister wasn’t the right job for him.

At one point in the interview, Richard went ‘full-on Partridge’, as dubbed by viewers in reference to Steve Coogan’s character Alan Partridge, when he made a remark about his guest’s ‘speech patterns’.

‘I’m sorry to interrupt you, but I’ve never met you before so I’m not familiar with your speech patterns. But we’ll get there quickly,’ he said, having tried to interject twice while Petronella was speaking.

‘Full-on Partridge from Richard with Petronella Wyatt: “I’ve never met you before so I’m not familiar with your speech patterns”,’ one person tweeted about the exchange.

‘“I’m getting used to your speech patterns” the genius of Richard channeling Partridge,’ another said.