Comedian John Mulaney‘s delivery of Chicago detective J.J. Bittenbinder in his “Street Smarts” bit went viral for how Bittenbinder delivered terrifying facts to a group of children, but Mulaney said he toned it down from what he really recalls.

In his Netflix special Kid Gorgeous at Radio City, Mulaney joked about how Bittenbinder would come to his elementary school to teach children how to avoid being abducted – like a “Stranger Danger” type of a presentation. But Mulaney said Bittenbinder, who is a real person, went much further with his description of terror. Descriptive details Mulaney said he held back because they could be too upsetting for the audience.

Mulaney recalled that the presentations occurred when he was in grade school and Bittenbinder’s appearance. “This would start when you were about six or seven, the whole school on up, sitting in the gym, you never knew it was coming,” Mulaney described on The Off Camera Show. “It was sprung on you. They were just like, go to the gym. And then Detective J.J. Bittenbinder would walk in. And he wore a three-piece suit, a pocket watch. He wore a big red tie. Two years in a row. He wore a cowboy hat. But other years he didn’t. And he had a huge handlebar mustache. I mean, the idea of perfectly coiffed handlebar mustache and auburn hair parted down the middle.” 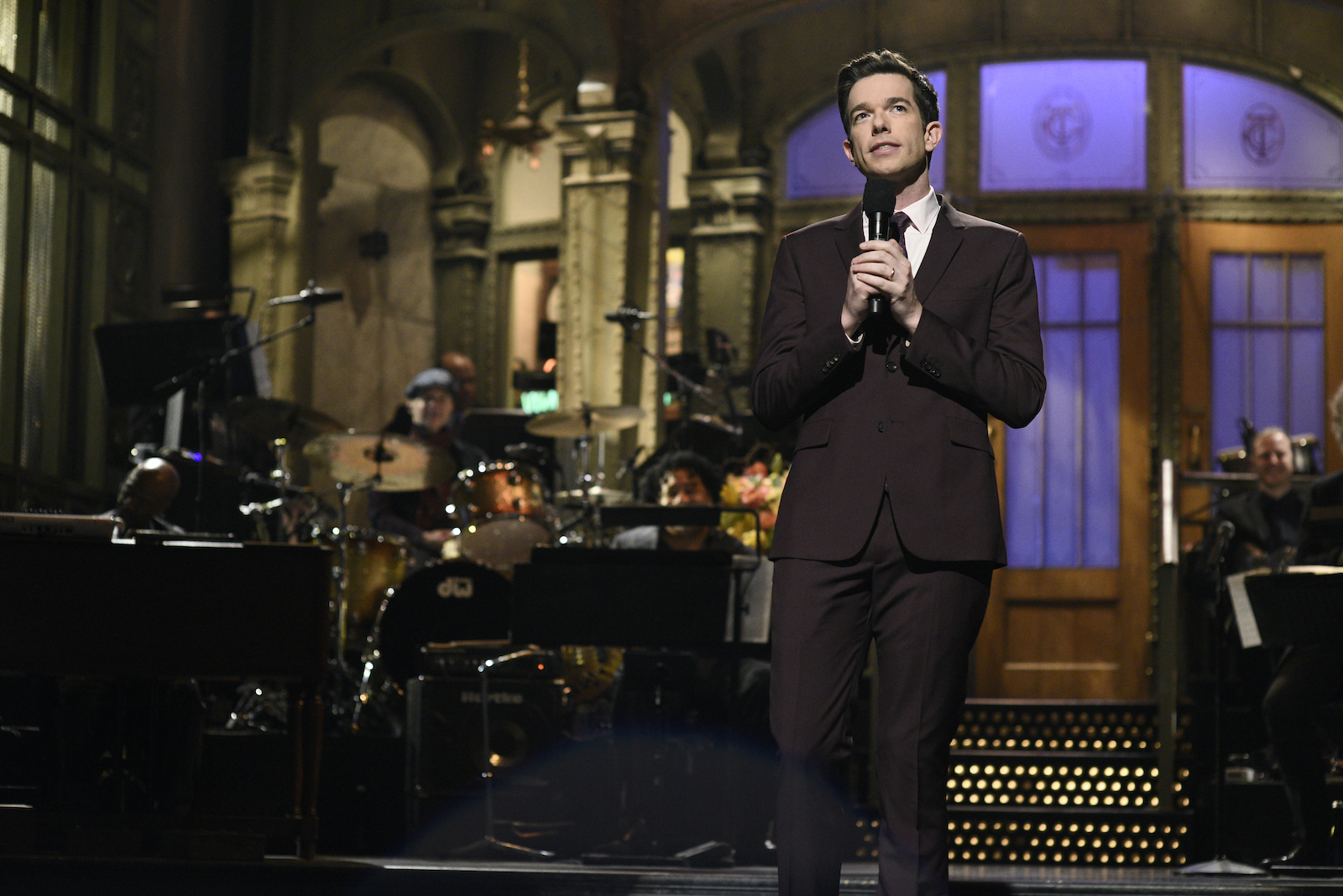 And while Mulaney’s delivery of Bittenbinder in his standup special addressed how to avoid being abducted, he said he toned down his delivery for the audience. “I left out things that would just get such gasps that I couldn’t recover, even though they were said to me when I was a kid,” he recalled. “Adults in a comedy audience on this tour would be like, ‘Oh ha!’ But he would lay these truths on us that were just terrifying.”

He recalled one story from J.J. Bittenbinder in particular

“He went up to a girl once, and I think she was in my grade,” Mulaney recalled. “But let’s say eight or nine. Not an old person. And he said, ‘What would you do if someone started chasing you?’ She went, ‘I would run.’ He goes, ‘No, you drop your backpack first, then you run.’ Then he stands up, ‘Because I know what your dad told you, don’t you ever lose that backpack.’ That backpack was, by the way, backpack is one of the best words for Chicago people. Don’t you lose that backpack! That backpack was expensive.”

What did J.J. Bittenbinder think about John Mulaney’s ‘Street Smarts’?

Bittenbinder apparently didn’t find Mulaney’s bit very funny. He told The Chicago Tribune he was a little annoyed that Mulaney got his getup wrong and made fun of his name. “I never wore my cowboy hat to the schools,” he said. “Now, I have been on cattle drives. I did 11 cattle drives and 11 cattle roundups in a ranch outside of Cody, Wyo., but that’s a separate deal. You don’t wear a three-piece suit with a cowboy hat. That just doesn’t work. Doesn’t look good.”

He also said Mulaney “mixed it up good” as far as his delivery during the “stranger danger” presentations. But added, “If I talked to him when he was 7 or 8 and he still remembers some of that stuff, it must have gotten through to him.”