In such an unprecedented time as we are in now, talk shows and other forms of live entertainment are finding new ways to give fans what they want. Shows like Jimmy Kimmel Live!, The Tonight Show With Jimmy Fallon, and The Ellen DeGeneres show are filming from the hosts’ homes and still taking guests through video calls. Kimmel’s most recent guest was Tom Holland, and he helped surprise Kimmel’s kids in the sweetest way possible. 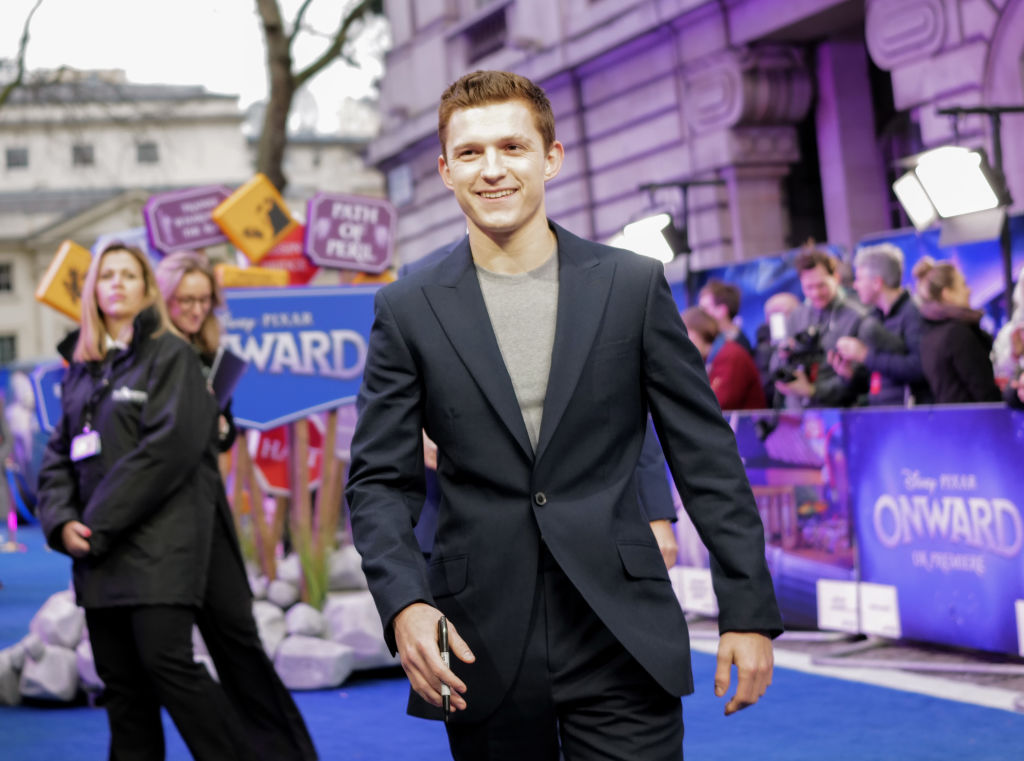 Due to the coronavirus (COVID-19) pandemic that has swept the world, several cities and states in America have shut down all non-essential businesses. This means that all studio productions on movies and shows were shut down as well. Several movies were pushed back like Disney’s Mulan and Black Widow films, and shows are on hold. This is what caused the talk shows to move to a remote filming location at the hosts’ houses, to stick with social distancing rules, and also produce new content.

Not only is Kimmel airing from his home, but he’s also making sure his crew and staff is taken care of too. Variety reported that when things first shut down, Kimmel paid his employees from “his own pocket” and has continued to keep his staff at their full pay rates since the show’s been back on the air.

Tom Holland was a guest on the show, and surprised Kimmel’s kids with a special greeting

Holland was a guest on Jimmy Kimmel Live! on April 21 and reported in from his house in London, where he’s quarantined with his friends and brother Harry. In the nearly 8-minute video on YouTube, he and Kimmel talked about the new normal and Holland’s love for pub quizzes.

Kimmel also shared that it was his son, Billy’s, 3rd birthday, and is celebrating at home since a party can’t happen anymore. But he’s a major Spider-Man fan, and Kimmel asked Holland to say hi to him. As soon as Billy saw Holland’s face without the mask, he got all shy and excited. His daughter also got really shy when Kimmel shared that she thought Holland’s face was “cute.”

Holland also talked about the screenplay he just finished, and some filming delays

Earlier in the video, Holland also shared that he’s been a bit productive, and even finished a screenplay with his brother, Harry Holland. Tom said that they just sent it out and he’s extremely nervous.

“Harry and I have been working on the script we’ve been writing together. So we’ve done some really good work on that,” Tom said. “We’ve sent that out yesterday to the first bunch of producers which is actually more nerve-wracking than anything I’ve ever done in my career because I’m worried that they’re going to actually find out that I’m really stupid and I can’t spell anything.”

Very proud of @thebrotherstrust to be partnering with @houseparty to raise money for our incredibly hardworking NHS. Hope everyone is staying home and safe ❤️ #stayhome #thankyounhs #housepartypartner

There’s no telling what it’s about yet, but it sounds exciting if it has Holland nervous about the prospects of it. While Holland can’t film anything at the moment, a couple of his current projects have unfortunately been postponed. He commented on the third Spider-Man film, which was supposed to start filming in July.

“I’m not too sure,” Holland told Kimmel when he asked if that was “still the plan” to film that soon. “Whether we shoot [Uncharted] first or we shoot Spider-Man first I’m unclear. But both movies are being made.”

While a lot of things are up in the air with the pandemic going on, at least we still have Kimmel’s funny antics with celebrities.