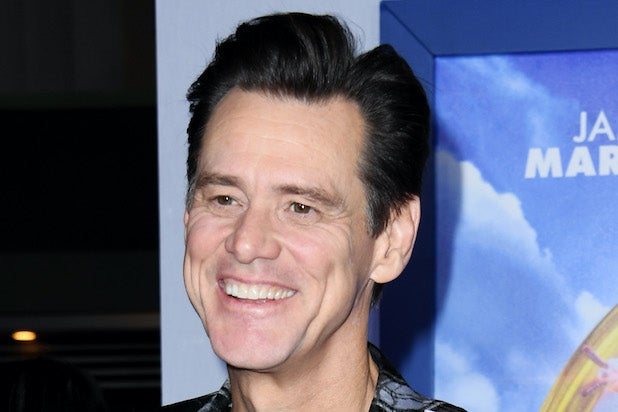 Jim Carrey has a solution for those of you who are conflicted about which presidential town hall to watch live on Thursday night.

“There is a black hole on @NBC tonight. Tune in to @ABC at 8pm and watch a decent man deliver a safe way forward for this country,” Carrey tweeted alongside his latest cartoon. “You can see the raging howler monkey-in-chief’s delusional and steroid fueled fails later on YouTube and, of course, all white supremacist websites.”

In sharp contrast to his other political cartoons of Trump, Carrey offered a flattering depiction of Biden speaking in front of an American flag with the ABC logo next to him.

Carrey joins a number of other industry stars who have urged viewers to avoid the NBC town hall.

And earlier on Thursday, over 100 figures in the entertainment industry — including Ava DuVernay, Ryan Murphy, Aaron Sorkin, Allison Janney, JJ Abrams and Julianne Moore — signed a letter to Comcast CEO Brian Roberts, NBCUniversal CEO Jeff Shell and NBCU News Group chairman Cesar Conde, calling on the executives to move NBC’s town hall with Trump to a different time so viewers could watch both.

“This is not a partisan issue. This is about the political health of our democracy,” the letter said. “President Trump refused to participate in the virtual debate scheduled for Thursday night by the Presidential Debate Commission. By agreeing to air his town hall as counterprogramming opposite Vice President Biden’s town hall on ABC, you are enabling the President’s bad behavior while undercutting the Presidential Debate Commission and doing a disservice to the American public.”