Jeremy Kyle guests were left in fits of laughter when a guest asked if she could fondle the star on Thursday’s show.

A woman appeared on the latest episode to claim that her partner had groped someone while he was at a funeral.

“I heard rumours he touched someone up at a funeral,” she said.

“I didn’t even know he was at a funeral!”

Jeremy was stunned by the claim, and when he appeared confused about where the man allegedly groped another woman, the guest offered to show him.

“Could I touch you?” asked the guest to Jeremy’s surprise, before he stood up and turned his back to her.

The guest stood up and proceeded to run her hands down the star’s torso, and then had a cheeky grab of his bum before sitting back down. 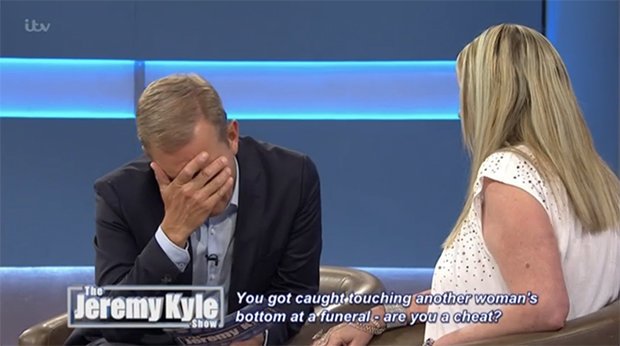 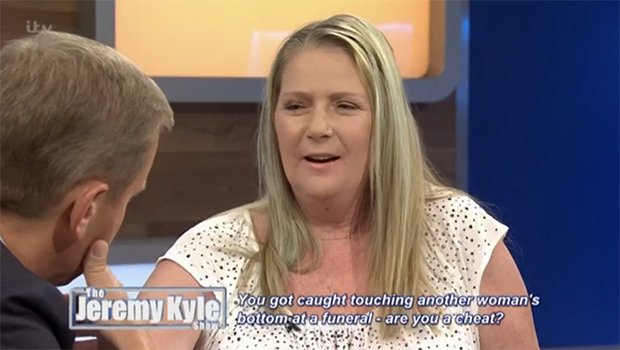 When the man accused of groping came out on-stage, he insisted that he had never touched another woman, and refused to entertain his girlfriend’s allegations.

“I clipped it [her bum], but I didn’t touch it” he insisted.

It turns out the man was telling the truth the entire time, and that he had never had any kind of sexual contact with anyone since getting into a relationship with his partner. 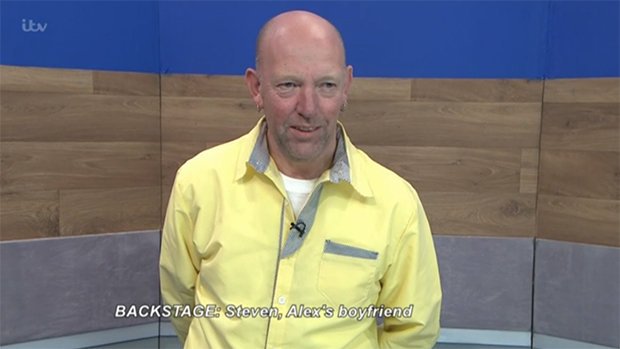 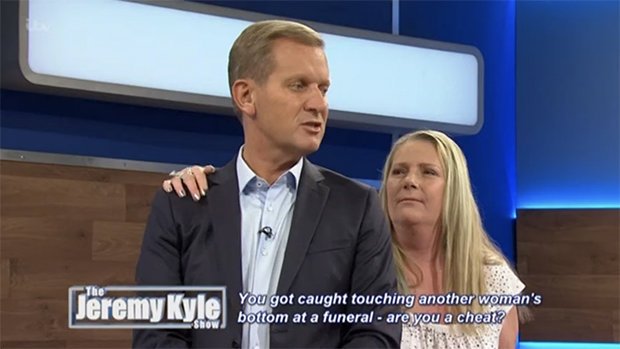 Not sure what was meant by the term, Jezza got out the guest’s phone and proceeded to watch an X-rated clip.