Clarkson’s Farm is the new Amazon Prime Video series that sees Jeremy Clarkson become one with nature on his own farmland. The documentary series follows the presenter as he attempts to make a success of the 1,000-acre plot. But, it seems farming isn’t as easy as he’d first thought. The Grand Tour host found himself the butt of a joke in episode five of Clarkson’s Farm, when he struggled to do some simple maintenance work.

The fifth episode of Jeremy’s new farming show began with him attempting some maintenance work on his farm.

It appeared that one of Jeremy’s fields was missing a gate and he was intent on building a new one.

Driving his tractor, the Amazon Prime star brought a large wooden gate he’d found over to the gap in the boundary wall.

He struggled to get the heavy gate into position, but once he had it where he wanted it, Jeremy exclaimed: “Right and there we are. Bang on!” 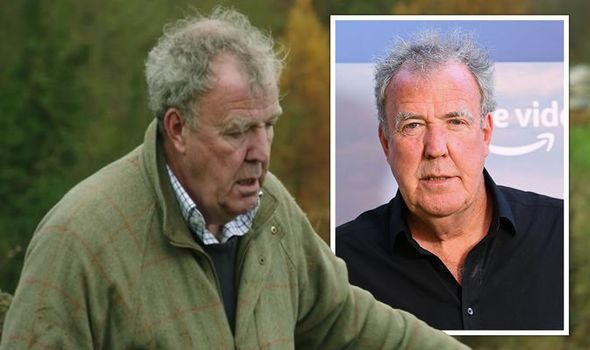 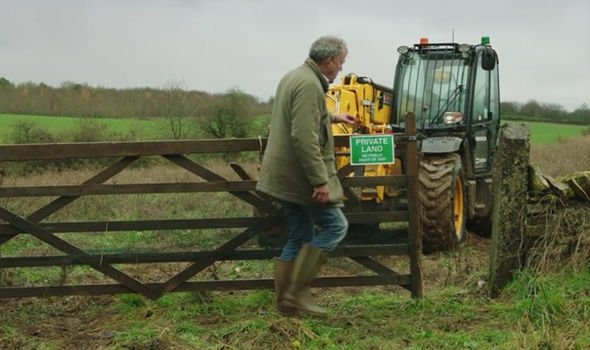 However, he soon realised the gate wasn’t quite as big as he needed it to be.

“Oh no!” Jeremy said upon realising there was still a large gap between the gate and the stone wall.

“That’s not completely secure is it?” He said, before walking back and forth through the gap.

Luckily, the quick-thinking presenter soon came up with an alternative solution. 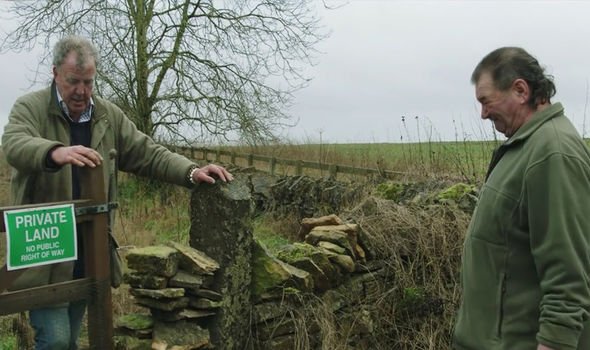 He began extending the stone wall that lined the border of his field, by piling up some nearby stones.

Clearly proud of his new stone wall, Jeremy decided to show off his handiwork to one of his farming co-workers, Gerald Cooper.

“Look at that,” he said, while demonstrating how the gate opened and closed.

“The gate didn’t fit so I built a drystone wall, my first one,” Jeremy explained.

“Yes, brilliant,” Gerald commented, before going on to mock the TV presenter.

The farmer told Jeremy the gate was still not fully secure, adding: “You’ll never be able to hook that on.”

He then proceeded to kick the dry stone wall Jeremy had just assembled and it toppled to the ground.

Jeremy angrily stared at the pile of stones on the floor, while his Gerald laughed at him.

Many fans have taken to Twitter to praise Jeremy for his work on Clarkson’s Farm.

One viewer wrote: “I’d like a second season please.”

““From tears of dry stone wall’ing laughter to tears of sheep’y sadness, a great series #ClarksonsFarm @JeremyClarkson” another fan commented.

Jeremy also took to Twitter to thank fans for their support of the new Amazon Prime series.

He wrote: “I’m genuinely amazed at the response to Clarkson’s Farm. Thank you all so much for your kind words.”

Clarkson’s Farm is available to stream on Amazon Prime.