Not long after beloved Jeopardy! host Alex Trebek passed away from pancreatic cancer, the show announced that they wouldn’t rush to find his permanent replacement. In the meantime, new episodes will feature short-term hosts, beginning with Jeopardy! GOAT Ken Jennings. 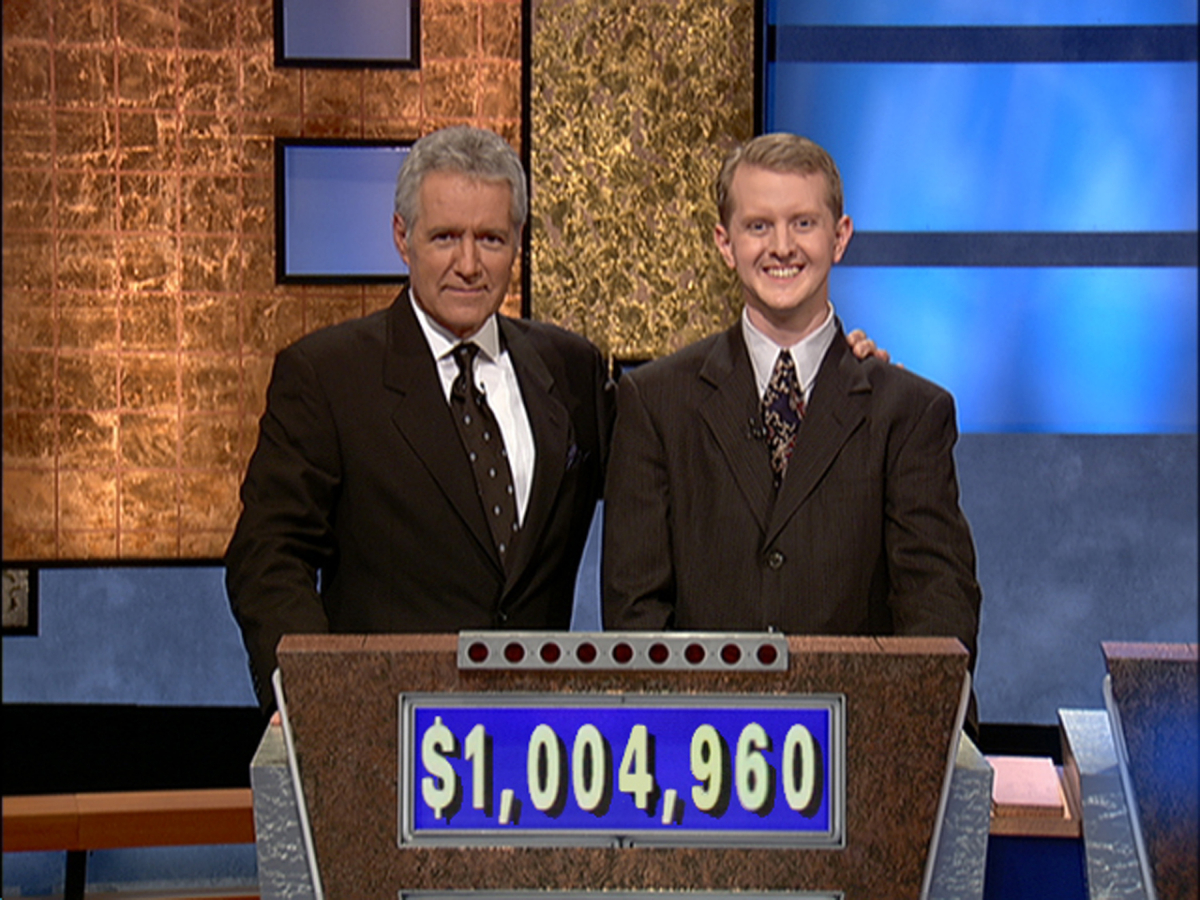 But if the former contestant has any hopes of taking over the hosting gig permanently, he should probably avoid the Twitter mob.

Ken Jennings was an immediate frontrunner to replace Alex Trebek on ‘Jeopardy!’

Trebek died on November 8, just 20 months after revealing his diagnosis of stage 4 pancreatic cancer. He worked until the very end, taping his final episodes just 10 days before he passed. As Trebek battled his disease, the speculation among fans was that Jennings would be the choice to replace Trebek when the time came.

According to The New York Times, when Jennings became a consulting producer on Jeopardy! it bolstered that speculation. Jennings became an instant celebrity in 2004 when he won 74 straight games and over $2 million.

Since then, he’s made a career out of being “that guy who broke the Jeopardy! record once.” He’s returned as a contestant for various tournaments over the years. He won the Greatest of All Time championship in 2020. And he’s also served as narrator for Jeopardy! Categories.

But it’s not going to be easy to replace Trebek. He hosted more than 8,200 episodes since 1984, and he’s the only host that most fans have ever known. His wise and calm demeanor made him a legend. He’s left some very big shoes to fill.

Trebek’s final Jeopardy! episodes started airing on January 4, and Jennings’ stint is scheduled to begin on January 11. However, the Jeopardy! GOAT has just stumbled into another Twitter controversy. If he has any plans of becoming the permanent host, he just endangered his changes again.

Not long after it was revealed Jennings would be the first Jeopardy! guest host, some insensitive tweets from years ago resurfaced. One from 2014 read, “Nothing sadder than a hot person in a wheelchair.” In 2015, Jennings joked about a terminally ill Star Wars fan who was able to watch The Force Awakens before he died.

Jennings apologized for the tweets, telling fans that he “wanted to own up to the fact” that over the years he’s “definitely tweeted some unartful and insensitive things.”

“Sometimes they worked as jokes in my head and I was dismayed to see how they read on screen,” Jennings wrote. “Sometimes I said dumb things in a dumb way and I want to apologize to people who were (rightfully!) offended. It wasn’t my intention to hurt anyone, but that doesn’t matter: I screwed up, and I’m truly sorry.”

But just days after his apology, Jennings found himself in hot water again after he came to the defense of a man the internet has dubbed “Bean Dad.”

Over New Year’s weekend, Jennings tweeted his support for Omnibus podcast co-host John Roderick in the middle of a Twitter scandal. According to Yahoo News, Roderick – podcast host and the lead singer and guitarist for the band The Long Winters – tweeted a thread about his 9-year-old daughter.

She told him she was hungry, and he told her to make beans. When she asked how, Roderick told his daughter, “Open a can and put it in a pot.” But then, he realized that his daughter had never used a can opener.

Over the next six hours, Roderick refused to open the can for his daughter. Instead, he told her to “study the parts, study the can, figure out what the can opener inventor was thinking when they tried to solve this problem.”

He told his daughter that neither of them would eat until they opened the can of beans, and then he returned to his jigsaw puzzle. Eventually, she figured out how to remove the lid and they ate the beans. Roderick was proud of himself for the teaching moment, but the Twitter mob saw it as emotional abuse.

How does Jennings fit in? He used to co-host a podcast with Roderick, and he defended his pal. After seeing yet another onslaught of criticism, Jennings answered the Twitter mob again.

“If this reassures anyone, I personally know John to be (a) a loving and attentive dad who (b) tells heightened-for-effect stories about his own irascibility on like ten podcasts a week,” Jennings tweeted. “This site is so dumb.”