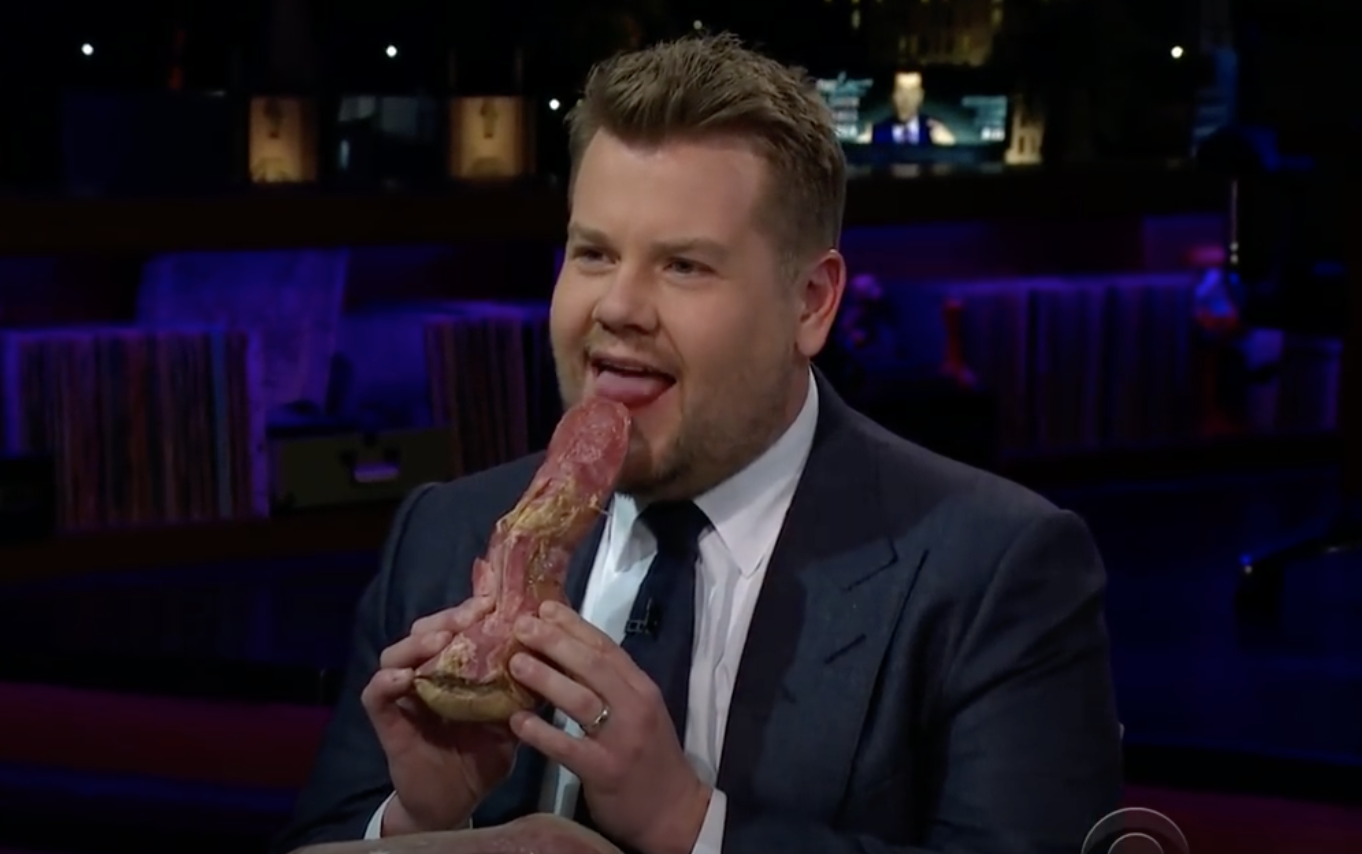 James Corden has confirmed that The Late Late Show will remove several food items from the Spill Your Guts or Fill Your Guts game following accusations of cultural insensitivity.

It comes after organisers behind a petition calling to end the segment for ‘encouraging anti-Asian’ hate organised a protest to grab the attention of the show. More than 45,000 people have signed the petition.

Spill Your Guts or Fill Your Guts sees celebrities play a game of roulette with the show’s host, with stars either eating a dish or answering a personal question.

It features delicacies such as chicken feet and fish eyeballs, with many of the food items originating from different Asian cultures and often described on the show as ‘disgusting’ or ‘gross’.

Presenter James will no longer be serving certain food items after Kim Saira set up the Change.org page asking producers of Corden’s US chat show to re-think the game.

Speaking in an interview with Howard Stern, James said that the show will now try to scare his guests with unhealthy snacks that will ruin their diets, like pizza topped with cheeseburgers.

‘We heard that story, and the next time we do that bit we absolutely won’t involve or use any of those foods,’ James said.

‘As you said at the start, our show is a show about joy and light and love, we don’t want to make a show to upset anybody.’

The petition reads: ‘In the wake of the constant Asian hate crimes that have continuously been occurring, not only is this segment incredibly culturally offensive and insensitive, but it also encourages anti-Asian racism.

‘So many Asian Americans are consistently bullied and mocked for their native foods, and this segment amplifies and encourages it.’

The petition continues: ‘We are holding James Corden and The Late Late Show accountable for their actions, and perpetual harm this segment causes to Asian American communities.’

The Late Late Show airs on CBS in the US.