ITV News appeared to suffer some technical difficulties as it went to air tonight, with presenter Lucrezia Millarini tasked with keeping the programme afloat.

The nightly news programme returned to its usual 6pm slot on Tuesday with ITV News London airing for 30 minutes before ITV Evening News took over for the next hour.

However, many viewers noticed something a little off about the programme when it first appeared on screens and some in London said their coverage had switched to Meridien News before the problem was rectified minutes later.

‘What’s happened to the London news. Its switched to Meridien!’ one viewer wondered on Twitter.

Others realised that presenter Lucrezia appeared to be without the autocue and was freestyling her reporting from her sheets of paper.

One viewer wrote: ‘Hats off to @LucreziaNews this evening on @ITVNews. There’s a major fault which is causing technical difficulties, in which it fell off air but just about made it back on @ITV. No headlines or opening, only one fixed camera, and no autocue with reading off paper scripts.’ 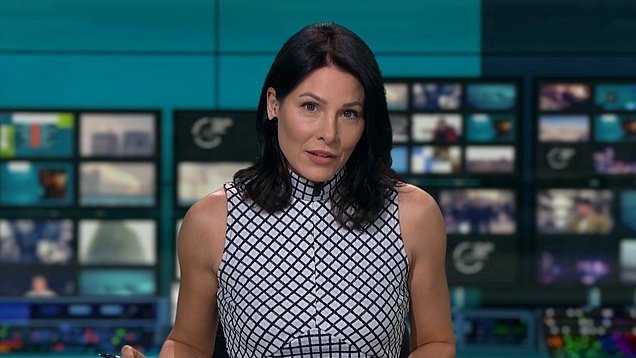 ‘Obvs the #autocue has gone down but she handled it as if nothing happened at all….and that’s the mark of a true pro!

‘Not many could do that!’

One viewer even said: ‘Give @lucrezianews an MBE for doing this without an autocue in these circumstances!!!’

TV news account TV Zone reported that ITN Studio in London experienced a system crash and that it was a ‘race against time’ to get it on air for 6:30pm. They later added that the technical issues happened at ITN HQ but that things were up and running again.

Lucrezia later returned to screens after an ad break, this time seemingly reading from the autocue while straplines, other graphics and multiple camera angles were back in action minutes later.