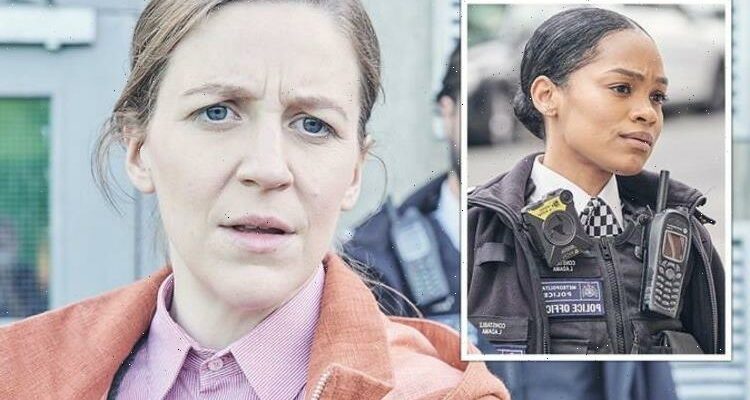 The Tower makes its debut on ITV tonight (November 8) and the TV series follows rookie police officer Lizzie Adama (played by Tahirah Sharif). She is found at the top of a tower block following the tragic death of another police officer and a teenager. Express.co.uk has all you need to know about whether the series is based on true events.

Is The Tower based on a true story?

The Tower is a suspenseful drama full of dark twists and turns as the mystery unravels.

When two people end up dead after falling from a London tower block, Sarah Collins (played by Gemma Whelan) must figure out what happened.

She must also discover how it came to be that Lizzie and a five-year-old boy remained alive at the top of the tower.

The three-part series will follow Sarah as she attempts to track down Lizzie following her timely disappearance.

The discoveries she makes along the way force her to question everything about her employers.

Although the series is not based on a specific real-life event, it was based on the book Post Mortem by Kate London.

The crime writer was a real police officer, having joined the Metropolitan Police in 2006.

By the time she retired, she had been working as part of a Major Investigation Team in Homicide Command.

The show’s executive producer, Patrick Harbinson, spoke exclusively to Express.co.uk and other media about the inspiration for the series.

He said: “It was May 2019, I was coming to the end of a US series and I was looking for something to do back in the UK.

“Something small, high quality, and Kate’s agent sent me the novels and I read them over a week.

“I said I just have to make these, they are everything an adapter could desire – wonderful characters, good stories.

“I got into an option fight as a lot of people wanted them and Kate chose me, and here we are.

“She’s a beautiful writer first, which really helps and you could feel the novels were just dripping with real experience, every character felt real.”

When asked how involved Kate was, joked that “she will never leave you alone to do something”.

He added: “She wanted to be involved, she had a producer credit, I really made her earn it.

“Then she got involved with the director and she spoke to each of the actors about their characters, so she was very much involved.

“The things she did in production to help me, for example, there was a very short list of actors she thought would be perfect for Sarah Collins and at the top of the list was Gemma [Whelan].”

Actress Whelan said she opened up to Kate about her career as a detective.

She said: “I actually didn’t read the books, I started reading the books and then, I’m obviously easily confused but I got a bit confused as to what was the script and what was the book and what bits I should be focussing on.

“I spoke to Kate about her experience as a detective and where Sarah came from in her mind.

“I just love this sort of very morally strict woman that seemed to be wedded to her job.

“And it’s very black and white in terms of what she thinks is right and wrong with the police force and protocol.

“I suppose I related to her quite a lot in that I throw myself into my work.”

The Tower airs from Monday to Wednesday on ITV at 9pm.