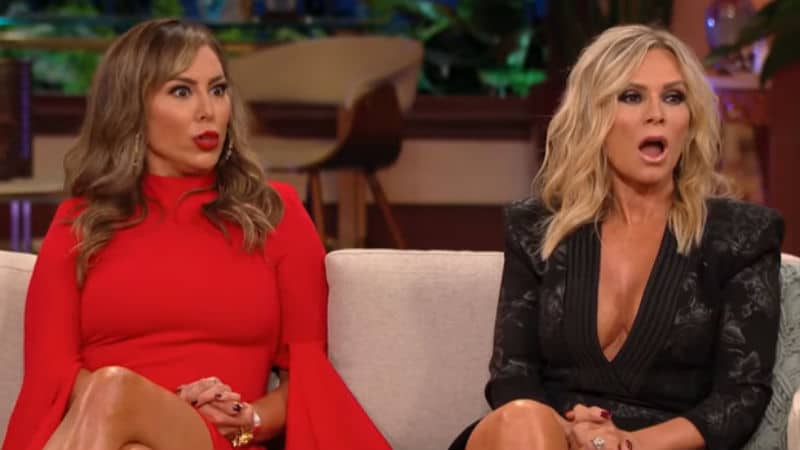 Kelly Dodd had a rough year on The Real Housewives of Orange County, but will she be returning to the show for Season 14?

Her friendship with Vicki Gunvalson fell apart after she found out that her friend and her boyfriend, Steve Lodge, helped set up her ex-husband, Michael, with a friend they had. She also threatened to quit over accusations of cocaine use.

Kelly Dodd has been right in the thick of the RHOC drama ever since joining the cast back in Season 11. She came in and eventually became an ally for Vicki following the Brooks Ayers cancer drama, and since then has remained quite loyal to her friend.

Now that their friendship has fizzled out, will she return to The Real Housewives of Orange County next season — and who will she team up with if she does?

What Vicki said at the reunion

There is a lot of fallout from The Real Housewives of Orange County reunion. Vicki Gunvalson and Kelly Dodd were still on the outs even though taping for the season ended months prior.

When Andy Cohen brought up their friendship, things went south. Gunvalson accused Dodd of using cocaine, and that is when things got incredibly heated.

Not only did Vicki throw out accusations on national television that Kelly uses cocaine, but she also talked about her parenting her daughter, Jolie.

There were some serious accusations about how much time Dodd spends with her child and how her ex-husband, Michael, complains about her mothering.

It upset Kelly so bad that she called him during the break while filming the reunion and freaked out about the accusations.

That a wrap!! Our reunion looks!! #rhoc #season13 my dress @michaelcostello my ? @tomford

Threats to quit The Real Housewives of Orange County

After the trailer for The Real Housewives of Orange County reunion aired, Kelly Dodd began to speak out against Vicki Gunvalson. In fact, she said she would not return to the Bravo show if they asked her frenemy back. What would the show be without the OG of the OC?

At this point, nothing is set in stone. The consensus appears to be that Kelly Dodd may well return for Season 14 despite the rift between her and Vicki Gunvalson. Money talks, and what the ladies make to film the show may outweigh the interactions she would have to face with her former friend.

Production sources also recently reportedly said that producers were trying to “coax” her to stay because they “need the drama” for the next season of RHOC.

Filming for the new season of The Real Housewives of Orange County will begin sometime in February 2019, and until then no one knows for certain who will or won’t return. Despite threats to quit, it is likely that Kelly Dodd will be back — but only time will tell.

The Real Housewives of Orange County is expected to return in the fall of 2019.