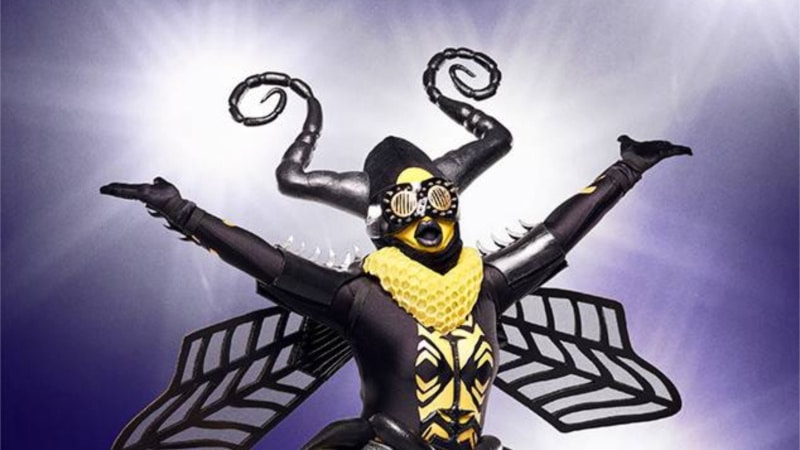 The Masked Singer aired yet another episode tonight and the clues provided by the Bee seemed to fit one celebrity perfectly — Gladys Knight. It’s clear that she knows what she’s doing on stage.

For those who didn’t really know her voice before The Masked Singer, Gladys Knight did perform the anthem during the weekend’s Super Bowl.

During tonight’s episode of The Masked Singer, the Bee revealed that she always knew she would have it all and that it was her mother who encouraged her to form a group when she was just 8 years old.

Knight formed a group with her brother, sister, and two cousins called Gladys Knight and The Pips in 1952 — when she was 8!

She also talked about peaches and marmalade in her clues. Her group was formed in Atlanta, which often has the connection to Georgia peaches. The marmalade could be a connection to the cooking and baking clues given during the episode.

She made a Chaka Khan reference throughout her clues, and she has previously performed with her.

In the clues related yesterday in anticipation for tonight’s show, the bee is spotted with some measuring cups for the kitchen. Gladys is reportedly just as famous for her cooking as her singing, so this clue may give it away for those who have dined at her dinner table.

Some of the previous clues for the Bee includes having a long career and being a worker bee. This was immediately understood as her having a long and active career.

The Bee is rather small in stature, which could match with Gladys. At the Super Bowl, fans could see just how tall she was. Gladys has also performed for years, and when she called herself the Queen Bee, people quickly pointed out that she wasn’t Beyonce.

Knight appeared on Ted Mack’s The Original Amateur Hour, and it didn’t take long for her to create hits, such as I Heard It Through The Grape wine, and Take Me In Your Arms and Love Me.

While there are some other guesses that could possibly fit with the clues, such as Tina Turner and Dionne Warwick, we are fairly confident that the Bee on The Masked Singer is Gladys Knight.

The Masked Singer airs Wednesdays at 9/8c on FOX.