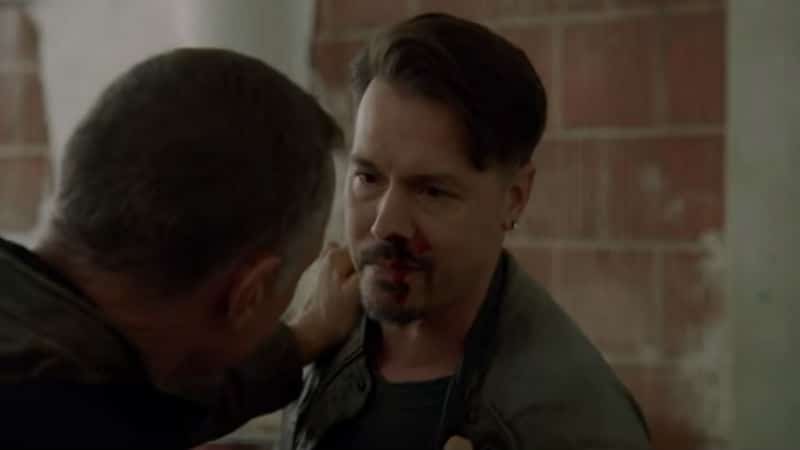 Antonio Dawson (Jon Seda) has found himself in a bad way on Chicago P.D. The fall finale has focused on his addiction to opiates, something that was hidden from Intelligence until he was caught on the scene of a drug bust of a known pill supplier. As things unravel, viewers are wondering if Antonio will be leaving Chicago P.D. for good.

With his daughter being kidnapped as a result of his addiction, Antonio is beside himself. When they finally close in on the man who had her, things take a dangerous turn. After mocking Antonio, he loses his cool and pushes the man to his death. Instantly, panic ensues.

What will happen to Antonio?

The entire Intelligence unit knows that Antonio is addicted to opiates. He was supposed to be headed to treatment on Voight’s (Jason Beghe) orders, but that is when his daughter was taken. Now, they are in a bad position with the dead body and it is Antonio’s fault he fell to his death.

When asked about if he was sober, Antonio reveals that he had taken pills earlier in the day and would not pass a drug test. This leaves Chicago P.D. viewers wondering what will happen next.

At this point, Chicago P.D. viewers are questioning whether Jon Seda will stick around. There is no reason to believe he would exit the show. No new projects have been announced and with this being the fall finale, it is likely that he will continue at least through the season.

Seda also hasn’t mentioned leaving Chicago P.D. on social media. While he did comment on the tough storyline from the most recent episode, there was no indication in the post that this story is over.

For now, it looks like Antonio Dawson will remain on the show.