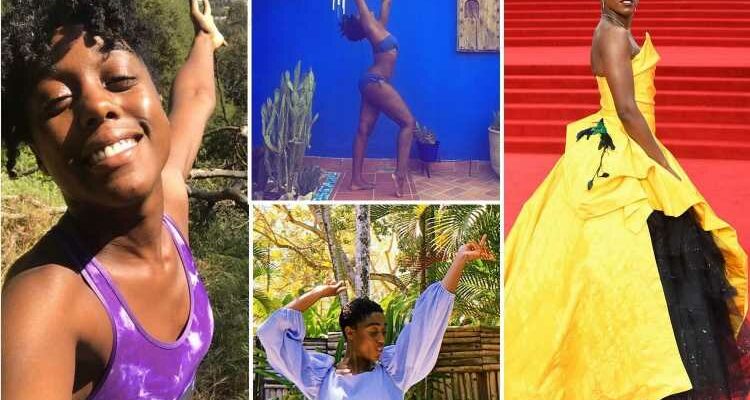 FOR the past few years a debate has raged about whether a black person or a woman can play 007.

That question will be well and truly answered when fans see Lashana Lynch in the new James Bond movie No Time To Die, which is in cinemas tomorrow. 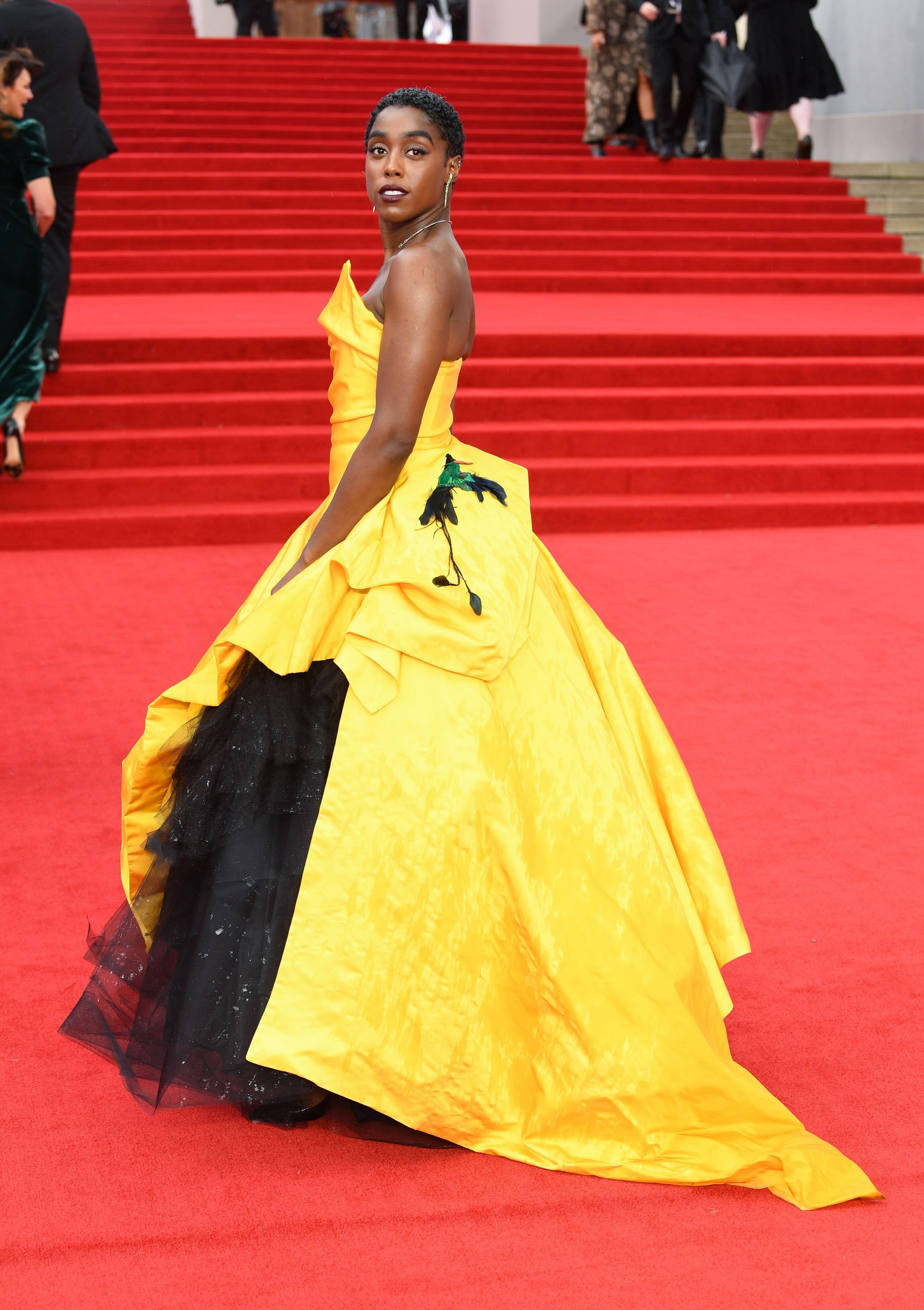 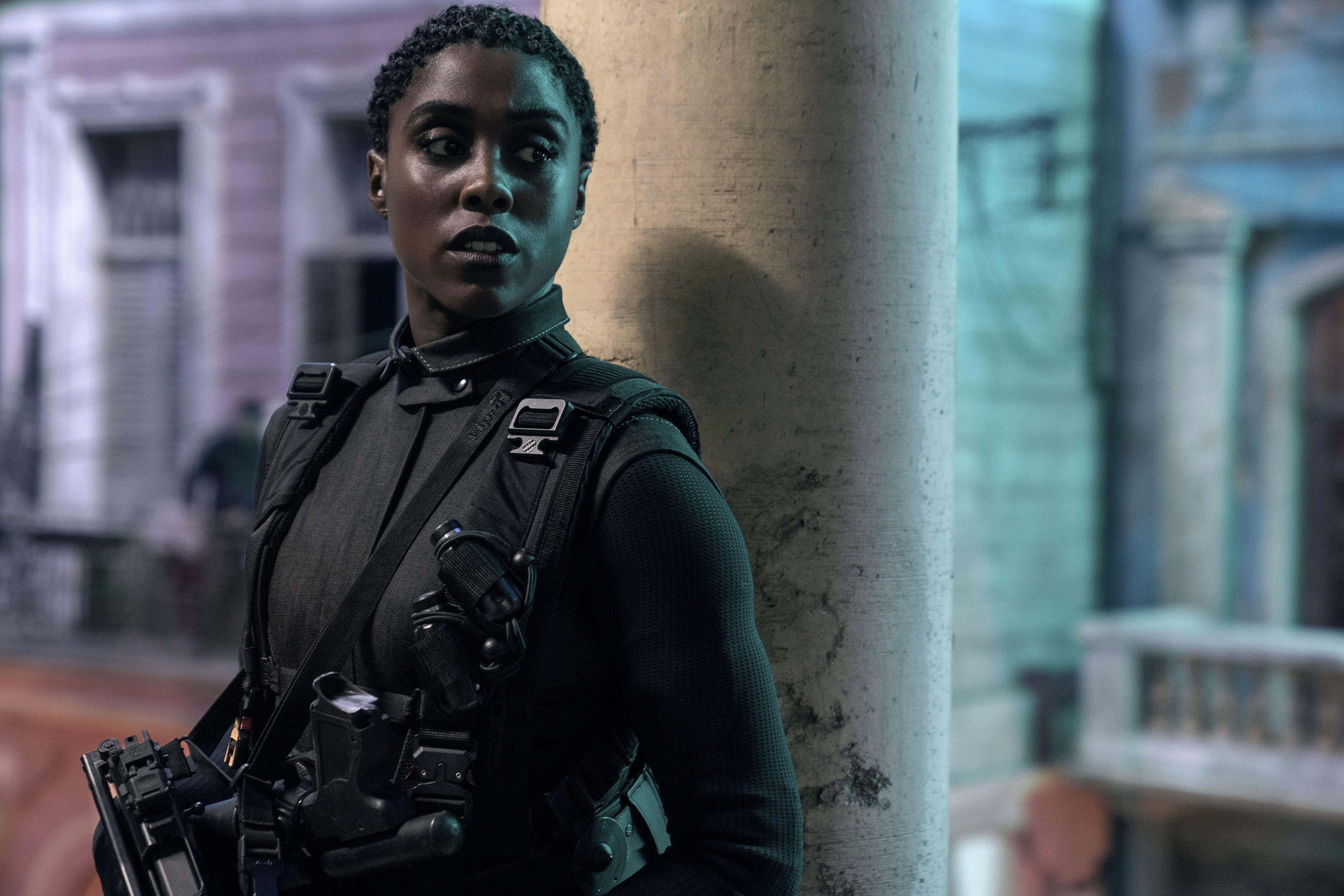 The British actress plays a no-nonsense, supercool spy called Nomi who takes over from Ian Fleming’s legendary character as the top 00 at MI6.

With Daniel Craig’s Bond retired at the start of the movie she now has his licence to kill and isn’t afraid to use it.

It is a stellar rise for Lashana who five years ago had a small role on the BBC daytime soap Doctors.

These days her Instagram feed is littered with photos from exotic trips abroad – some work, some pleasure, with snaps from filming Bond in Jamaica.

There's also a smattering of famous faces, including Lily James – whom she worked with on Noel Clarke’s Olympic sprinters film Fast Girls, and Lenny Henry, her co-star in a production of Educating Rita in Chichester in 2015.

The 33-year-old actress made her big breakthrough in 2019 playing the best pal of Captain Marvel in the Disney superhero blockbuster.

Now she has roles lined up in the cinematic adaptation of the musical version of Matilda and will star alongside Viola Davis in The Woman King.

Securing big roles in Captain Marvel and Bond at the same time was a shock to the Londoner.

Lashana says in the new edition of the UK version of Rolling Stone magazine: “I’m a young black girl from Shepherd’s Bush. Like, I never expected two to come in my favour like that.”

In No Time To Die we see Nomi delivering quips to match Bond and standing up to him when he comes out of retirement.

I’m a young black girl from Shepherd’s Bush. Like, I never expected two to come in my favour like that

She tells him that she will put a bullet in his knee – “the one that still works” – and that she has a “thing for old wrecks”.

Certainly, Bond and whoever replaces Daniel need to watch out for Lashana.

She is taking no prisoners when it comes to the issue of race in movies.

Lashana says: “Sometimes the peaceful way of teaching someone is to just let them learn from you. So that’s what I’m doing with a lot of older white men at the moment.” 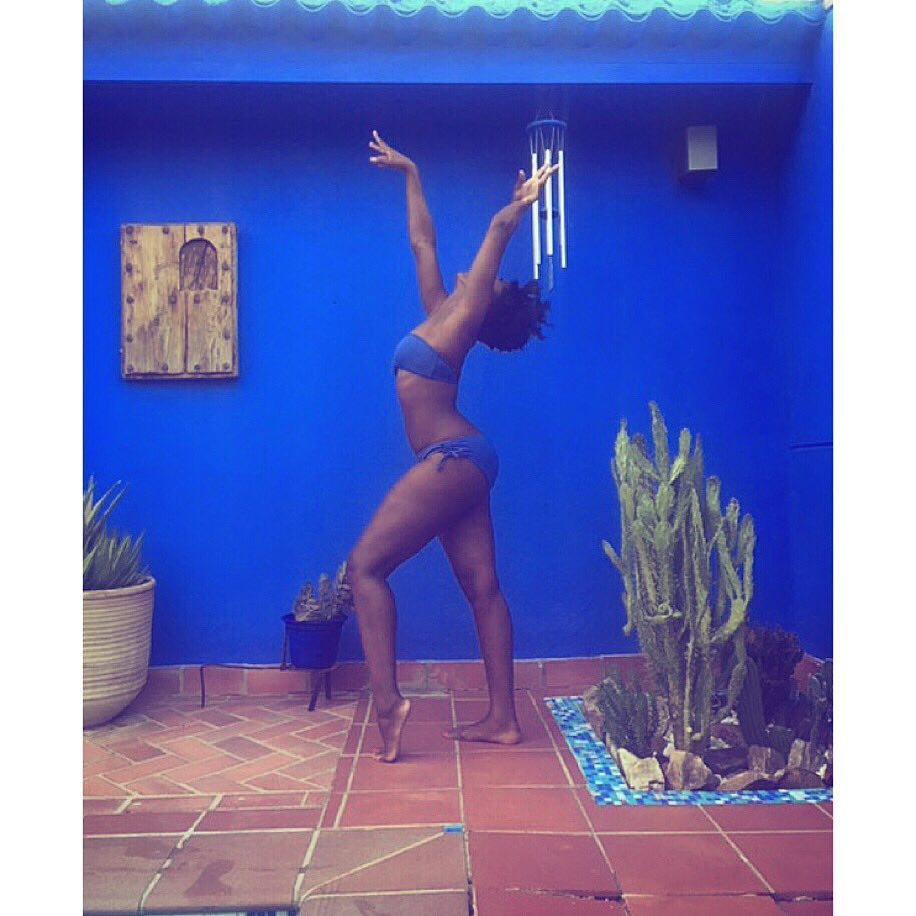 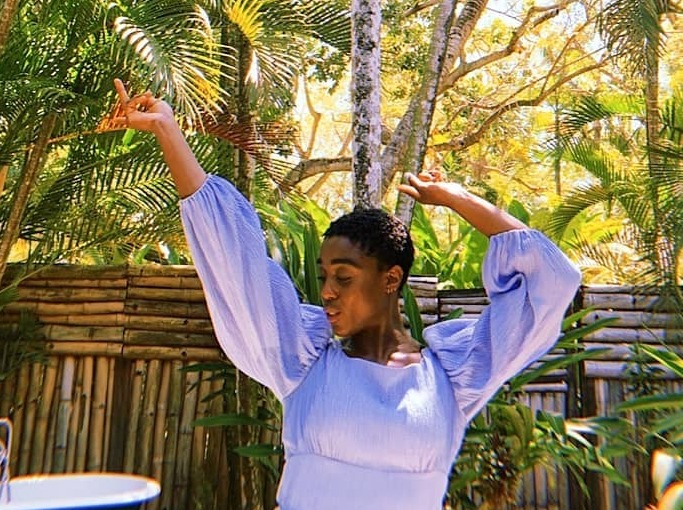 When rumours first spread on the internet that she was the new 007, trolls criticised her casting.

She challenges the outdated idea that a black woman can’t play a spy or a superhero.

Lashana says: “I think throughout cinema it’s imperative that we introduce the conversation of the strong black woman into everything.”

She, of course, is not the first black female agent to come to Bond’s aid when taking on the baddies.

Naomie Harris has played MI6 operative Moneypenny since Skyfall and Halle Berry’s Jinx was an American secret agent who was by Pierce Brosnan’s side in Die Another Day.

There have also been powerful baddies, including Grace Jones’s unforgettable henchwoman May Day in A View to a Kill back in 1985.

Born in Hammersmith, West London, where No Time To Die scenes were filmed, Lashana’s dad Clifford is a social worker and her mum Sonia is a housing manager.

When she was a child Lashana had “a very half-quiet, half-loud confidence that made me feel like I could kind of do anything”.

She says: “I just knew from a young age that I was going to be ‘something special'.”

Her parents separated when she was young, but she continued to see both of them and spent some time living with her grandmother.

Lashana’s straight-talking approach comes from them.

She explains: “I come from a family of very forward women, they don’t hold back. Their opinion is always… palpable.”

Lashana wanted to be a singer at first, but grew to love acting and enrolled in a BA drama course at the Arts Educational School in West London.

I come from a family of very forward women, they don’t hold back

On leaving she was determined not to accept stereotypical black roles, even if that meant she struggled to make ends meet.

Lashana says: “The first thing I said when I left drama school was, ‘I will not ever be typecast.’ That’s one thing I wasn’t going to accept, even if I was out on the street and had no money.”

The Bill is not enough

Her first role was playing the kidnapped girlfriend of a gang member called Precious Miller in The Bill in 2007.

She almost missed that chance by turning up for her audition late after getting on the wrong Tube train, but used her stressed out state to her advantage. 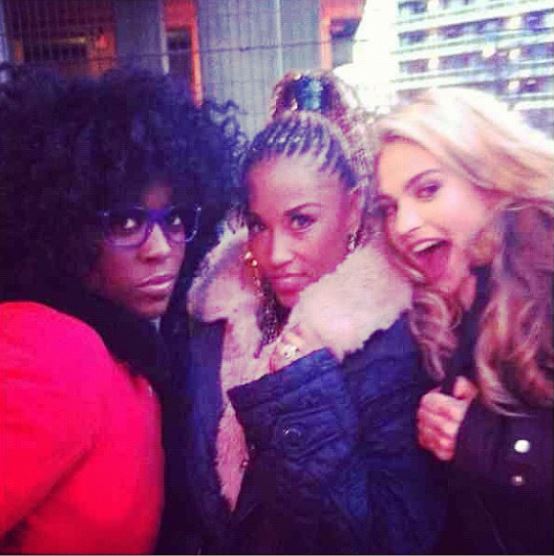 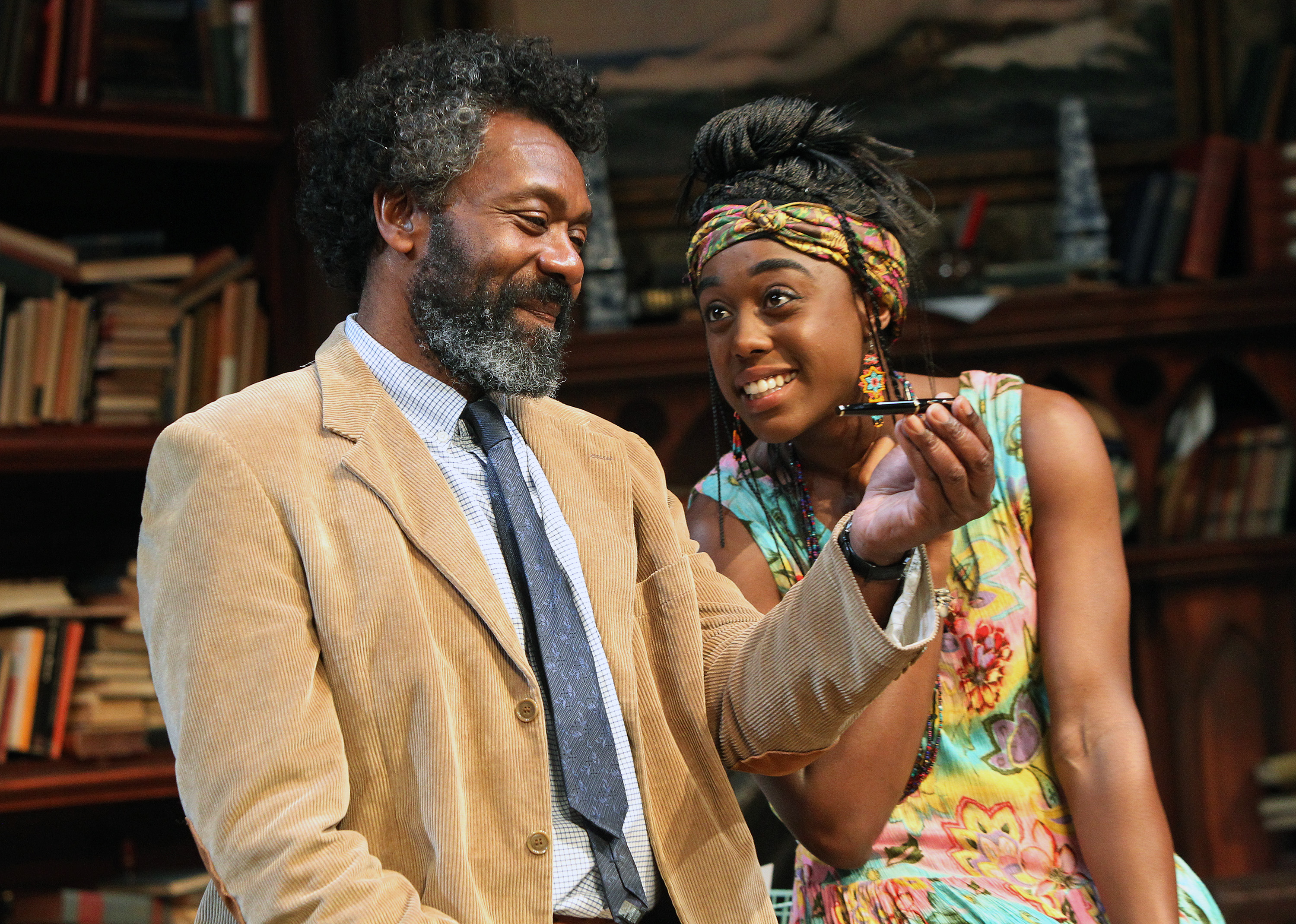 Lashana recalls: “I got on the Northern line the wrong way and got there so late. And the scene was her crying her eyes out and literally, I did not have to act.”

She had a starring role in Fast Girls in 2012 but her career took a long time to move out of the slow lane.

Even after taking the key part of Rosaline Capulet in an American TV Shakespeare-inspired series called Still Star-Crossed in 2017, the hard-up actress needed a day job.

I didn’t have any money, I literally had about 2p in my bank

Lashana has temped at a courtesy car company and worked in reception for a doctor’s surgery.

She previously said: “When I did Still Star-Crossed, I was working for the NHS again. I went away, I didn’t have any money, I literally had about 2p in my bank.

“And when you work you don’t get paid straight away, so I’m the lead in this show, but still can’t afford my rent.”

After that her hard work finally paid off, as she won the role of fighter pilot Maria Rambeau in Captain Marvel after years of auditioning for roles in superhero movies.

For Lashana it was always acting or nothing. 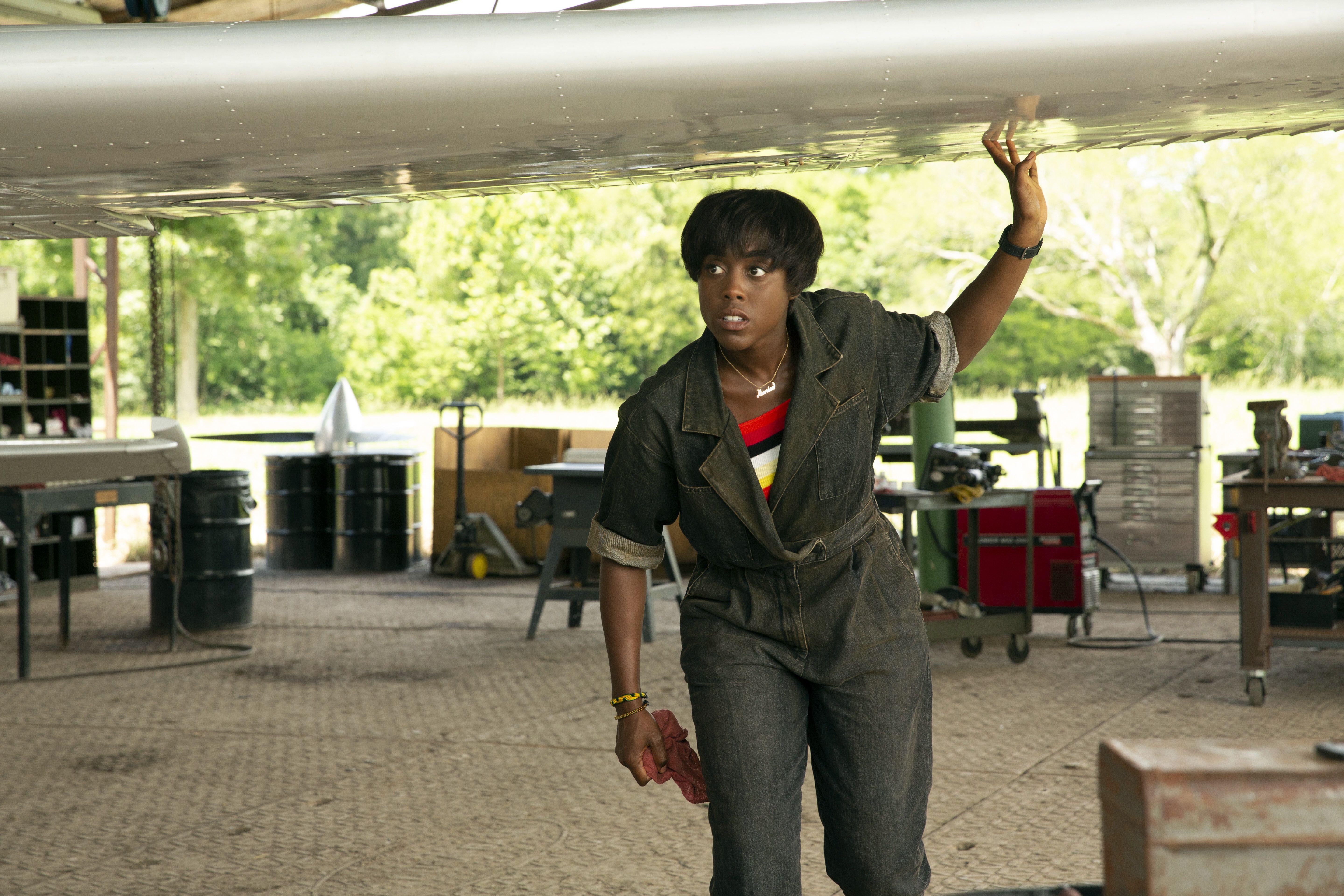 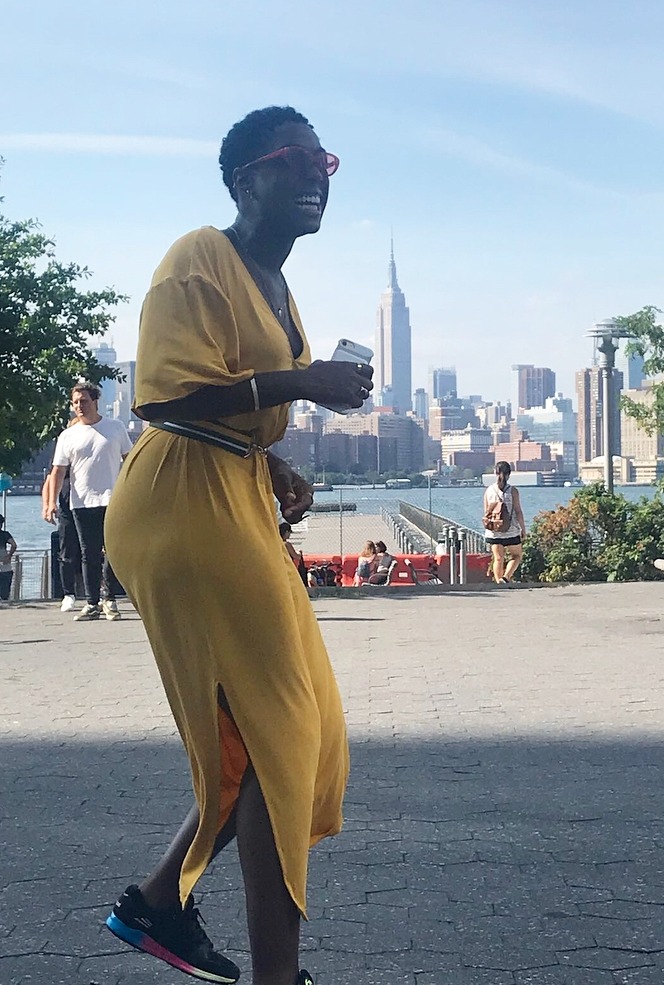 A new kind of double O

Bond producer Barbara Broccoli, who has the final say on casting, was involved with the critically acclaimed Royal Court Theatre production of Ear for Eye in 2018 and was impressed by Lashana’s performance on stage.

After being cast Lashana was allowed to develop her character with No Time To Die director Cary Fukunaga and script writer Phoebe Waller-Bridge.

They both wanted to humanise the character.

In another interview Lashana revealed that Fleabag star Waller-Bridge even suggested Nomi should emerge from the toilet in one scene and throw away her tampon.

She goes home, she’s got her washing to do, she lives on her own and she’s lonely

And in Rolling Stone she says: “I don’t want our young black girls to think that these superheroes are out here just being slick, because they’re not.

“She goes home, she’s got her washing to do, she lives on her own and she’s lonely.”

Fans will most likely be glad to know that all those ideas didn’t make the final cut.

Bond remains an action movie without washing-up, although we do get to see Ben Whishaw’s Q cooking at home.

But a lot of the brain-storming did emerge into the tough-talking character that Lashana portrays on screen.

She reveals: “We kind of created this big melting pot of who she could be, what she represents in MI6, what kind of black woman is she? Strong, whip-sharp, witty and brave, playful, very cheeky, very sarcastic and dry.”

What happens to Nomi after No Time To Die remains unclear.

What Lashana is certain about is that there should be plenty more characters like her in major movies.

Britain’s rising star concludes: “I’m very happy to represent what I do, I’m very proud of where I come from. But I don’t want to be the one and only.”

Rolling Stone UK is out now. 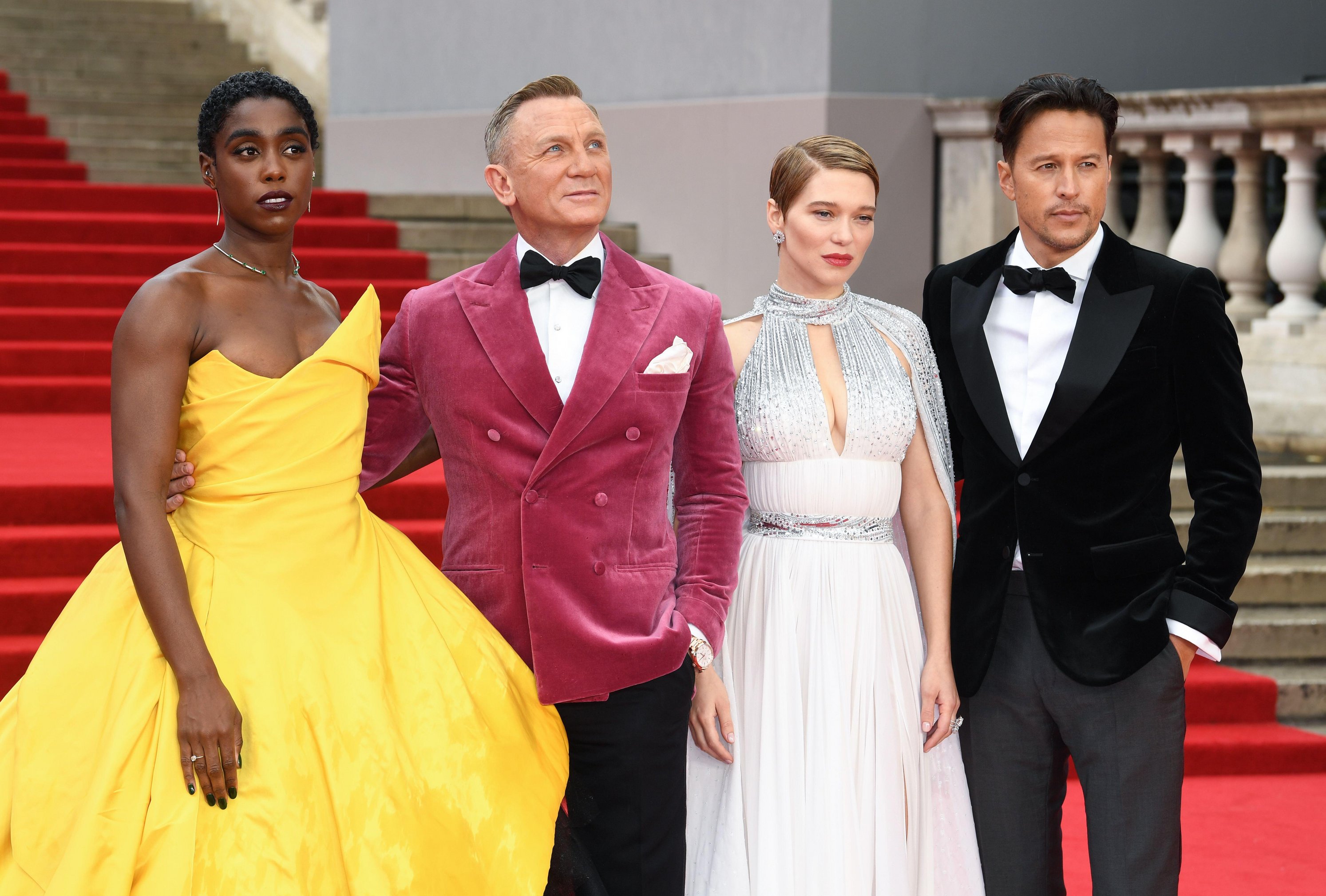 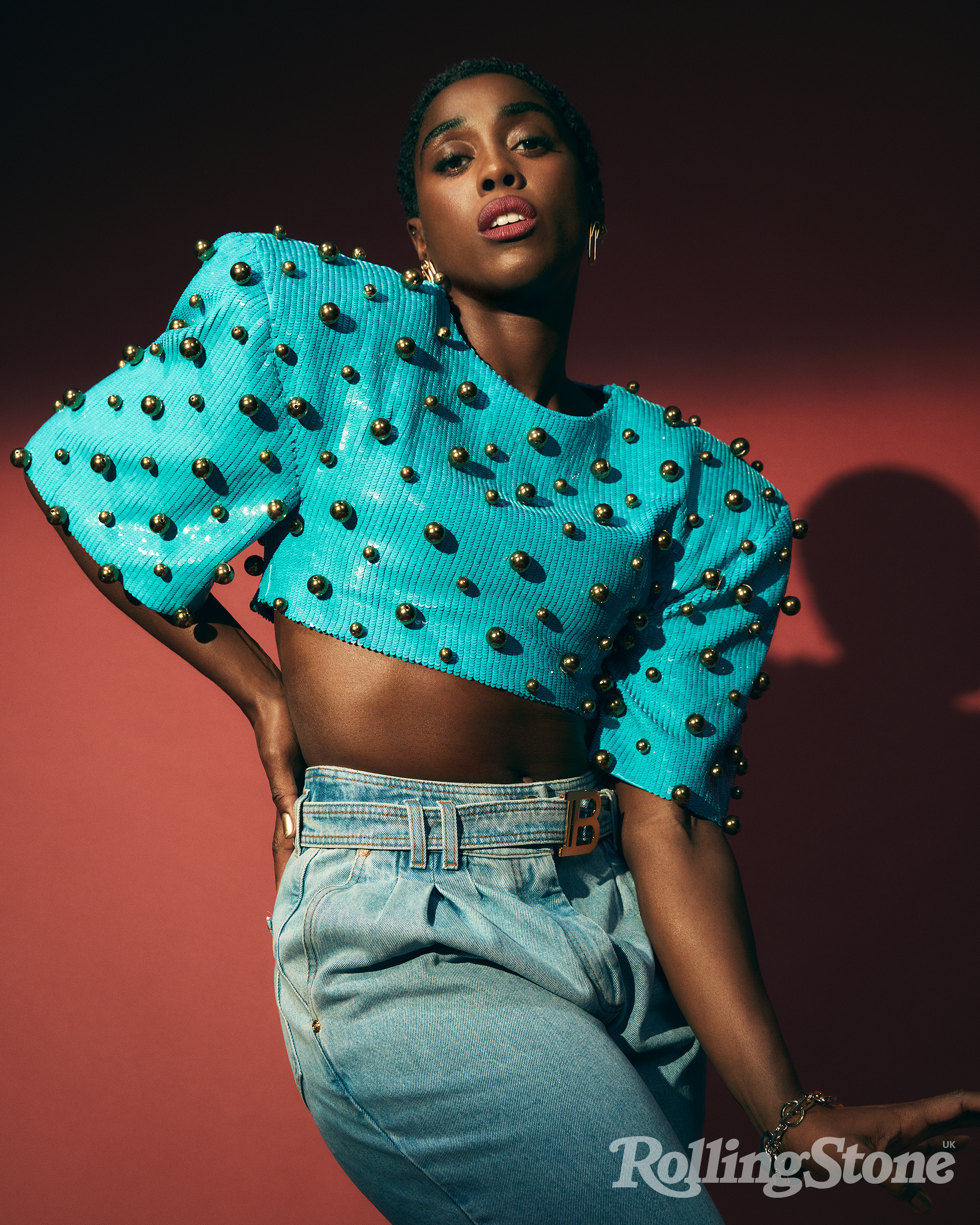 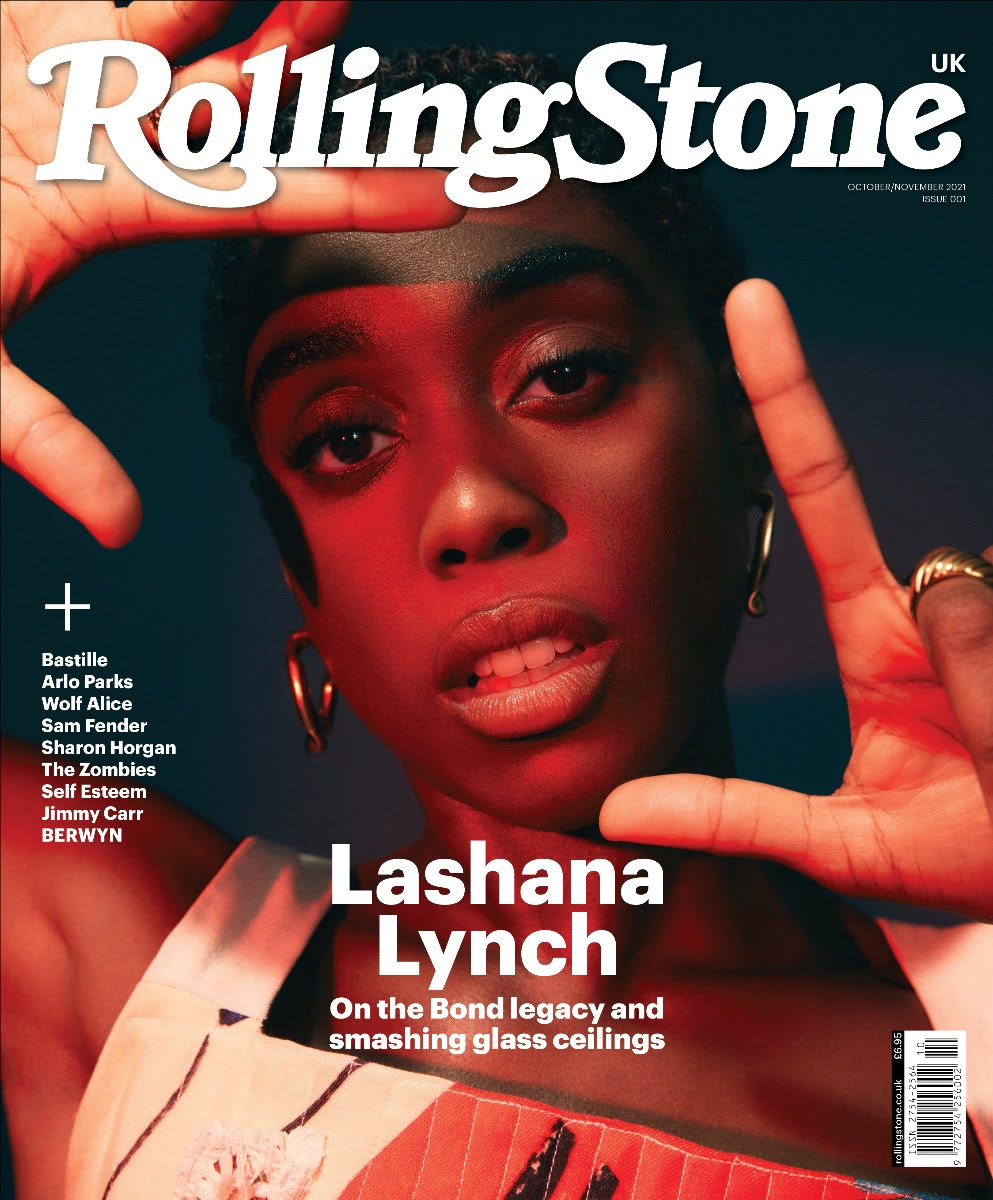