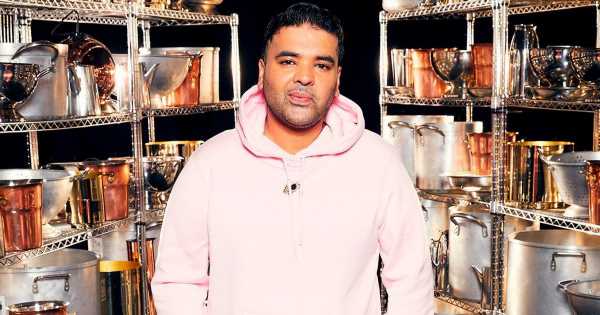 Music producer Naughty Boy is one of the celebrities appearing on I’m A Celebrity… Get Me Out Of Here!, alongside the likes of Arlene Phillips, David Ginola and Danny Miller.

With an incredibly successful music career, the 36-year-old is sitting on an incredible fortune.

Naughty Boy, whose real name is Shahid Khan, began his music career inside a shed in his parent’s garden – but managed to make a huge upgrade after winning £44,000 on the Channel 4 gameshow Deal Or No Deal.

He used his winnings as a launchpad for his music career, eventually meeting pop sensation Emeli Sandeeps, who he want on to write and produce songs with.

What is Naughty Boy’s net worth?

Naughty Boy’s net worth is an estimated £2.3million, according to Celebrity Net Worth. He has earned this through sales of his music and tours.

Before becoming famous he was studying business and marketing at London Guildhall University, but dropped out after the first semester, going on to work a series of part time jobs, including for Dominos Pizza.

During this time he was awarded a £5,000 grant from the Prince’s Trust to help kickstart his business

He also appeared on Deal or No Deal in 2007, where he bagged £40,000, using the money to set up a brand new recording studio in his parents’ garden shed.

In 2012 he signed a three-year publishing death with Sony ATV, as well as a recording contract to release one album under Virgin EMI Records.

He released his first studio album Hotel Cabana in 2013, which reached number two in the UK Album Chart.

It featured songs with Emeli Sande as well as Ed Sheeran and George the Poet.

One of his most well-known songs is La La La, which was released the same year. It was the sixth fastest-selling single of the year int he UK.

Naughty Boy has worked with many international stars during his career, including Chipmunk, Leona Lewis, Cheryl, Jennifer Hudson, JLS, Wiley and Beyoncé.

In 2019 the music producer featured on The X Factor spin-off series the Band as an industry expert, where he had to put together a new singing group.

He was also meant to appear on I’m A Celebrity 2020, but had to pull out so he could care for his mother who has dementia.