Ivy – who is the great-granddaughter of oil tycoon J. Paul Getty – stunned on the big day in a custom John Galliano dress made of broken bits of mirror. 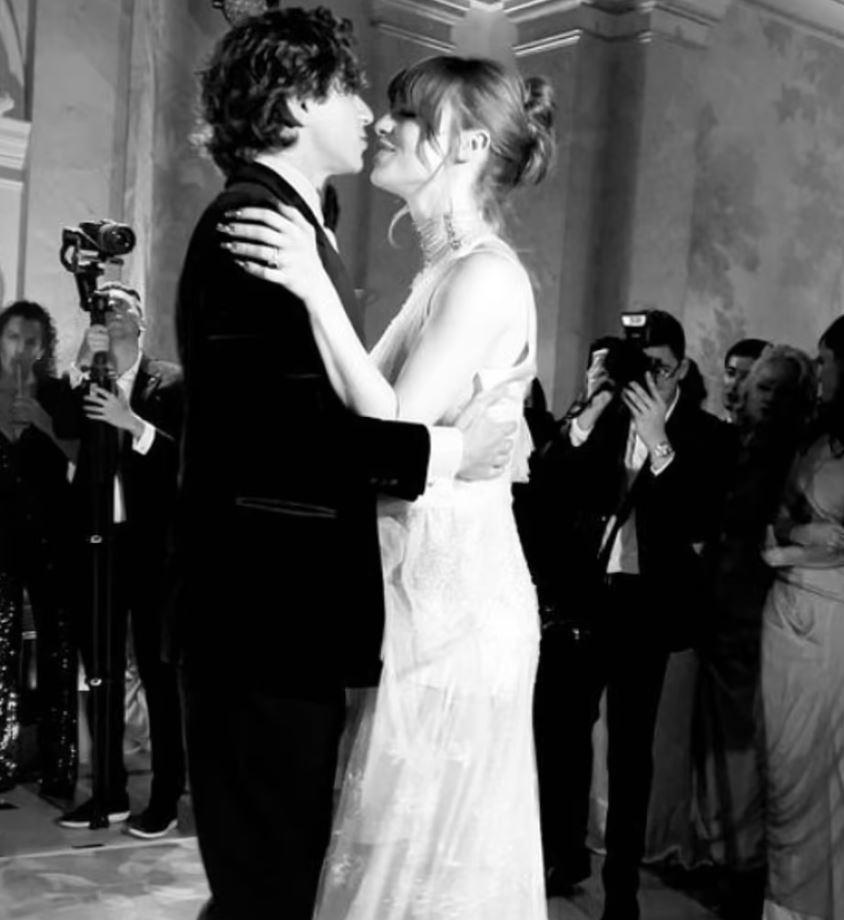 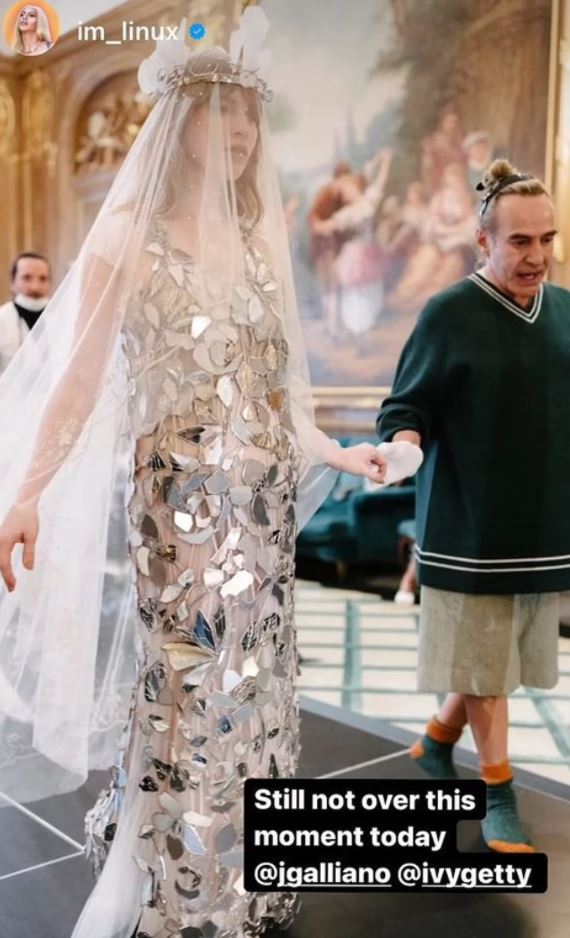 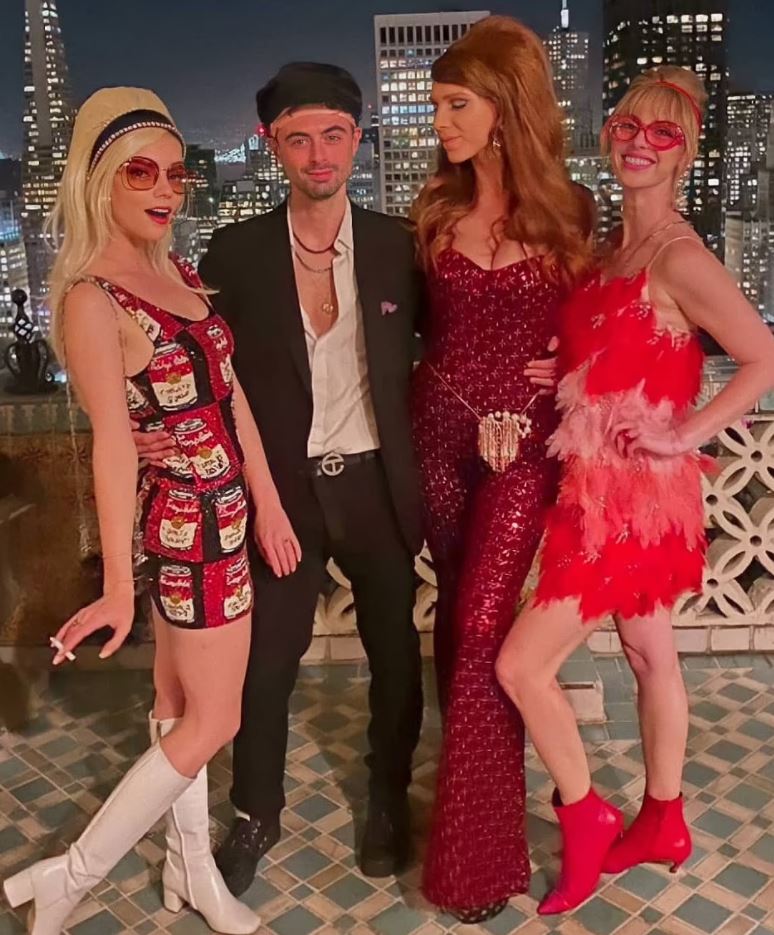 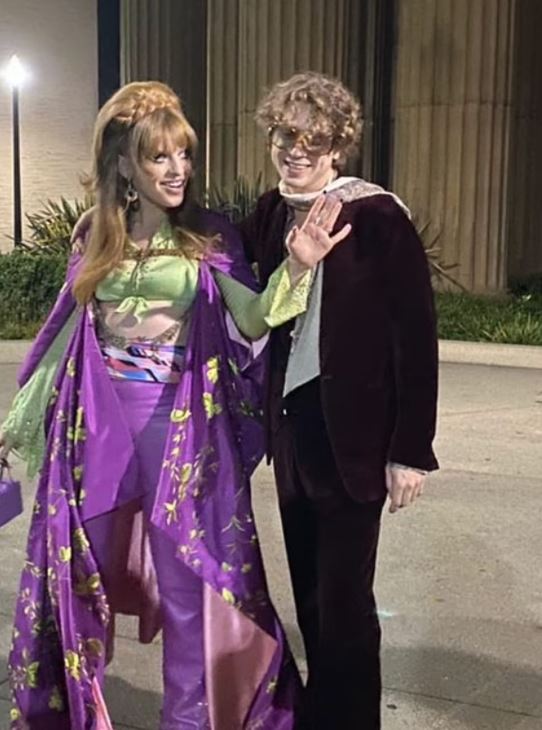 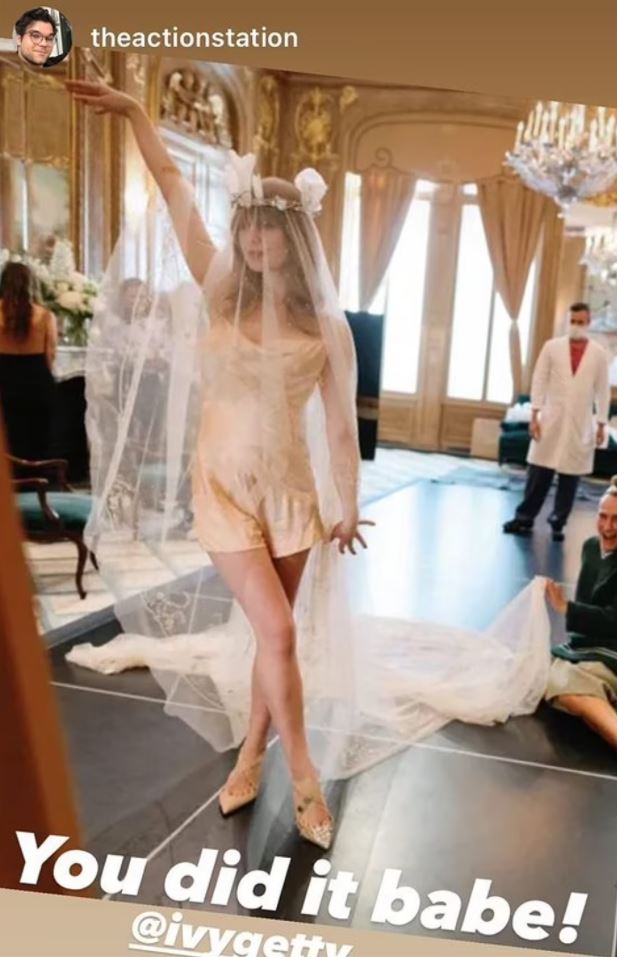 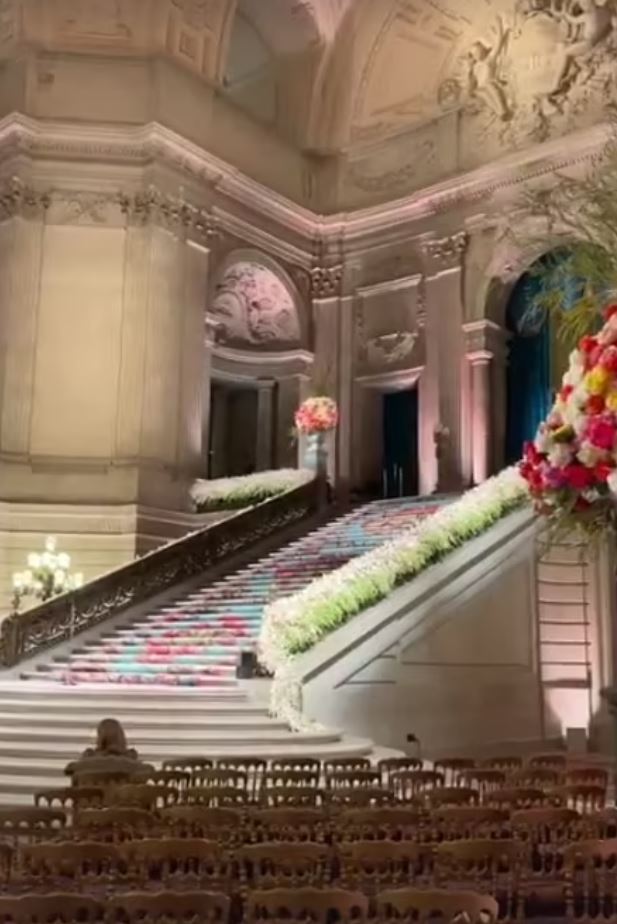 The 26-year-old model and artist looked incredible in the Galliano gown for Maison Margiela Haute Couture, which boasted four layers.

She tied the knot at City Hall in San Francisco, with her rescue dog, Chihuahua mix Blue, acting as the ring-bearer.

Through her bridal gown, Ivy paid tribute to her late father, musician John Gilbert, who died a fentanyl overdose coupled with heart complications in last year, and her grandmother Ann.

Her veil is covered in walnuts – in a node to Ann growing up on a walnut farm – as well as guitars, to mark her father's musical career.

The intricate garment is 16 feet long and took 200 hours to embroider, according to Vogue.

“After my grandmother’s passing – she was really more like a mother to me – I felt this connection to John. I knew I wanted him to create the dress for my wedding.

"My aunt Vanessa, who I am very close to, was connected to him through a friend, and here we are.”

Ivy and Tobias, who met through a family friend, put on a picnic at the Log Cabin on Presidio, where guests were offered IV drips to cure their hangovers.

There was also a British Invasion Mod party the night before the wedding which was DJed by Mark Ronson at the Palace of Fine Arts.

Guests donned '60s-themed outfits and danced to a performance by disco legends, Earth, Wind, and Fire.

There was also a pre-wedding, “Mod”-themed bash DJed by Mark Ronson at the Palace of Fine Arts where guests donned looks from the 1960s and later rocked out to a performance by Earth, Wind, and Fire.

Actress Anya shared several photos from the groovy night on Instagram and wrote: “My baby girl got married yesterday.

"I am so PROUD of the woman you’ve become. If you’re ever in any doubt – I have loved you and will love you, forever.”

Ivy and Tobias first met through a family member and ran into each other again at Paris Fashion Week.

The New-York based socialite told Vogue: “I saw this cute guy who was taking photos of the event and of me.

"I naturally went over, and we started talking. Quickly we realized that we had met before, the year before.”

Tobias proposed to Ivy during a three-day trip the couple took to Capri, Italy.

Ivy recalled: "Normally, I pick where we go out to eat, but this time Toby insisted he pick. This didn’t raise any red flags, but when I got to the restaurant, I thought to myself ‘Oh he really planned this.'

"We had a table overlooking the entire island away from the rest of the restaurant. As the sun was getting ready to set, we went outside to take photos of it. Toby set his iPhone timer and got down on one knee. The timer went off at the perfect moment as we have the most incredible photo.”

He proposed with a sapphire engagement ring on a yellow gold band, dotted with diamonds from a necklace Ivy's grandmother gave her when he was a teenager.

Sharing photos from their wedding on Instagram, Ivy paid tribute to her new husband.

She enthused: "I love you @engel.world !!!!! thank you so much for an incredible weekend everyone.

"It was so special and i could not be more grateful for those who made it happen. My grandma and father were by my side gagging with joy as much as I was." 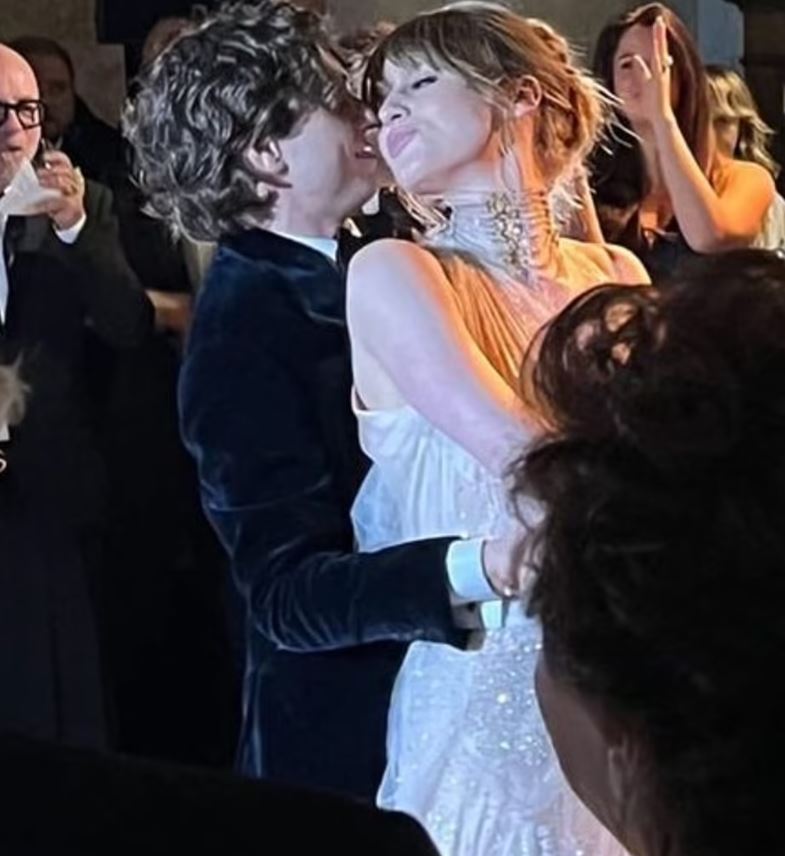 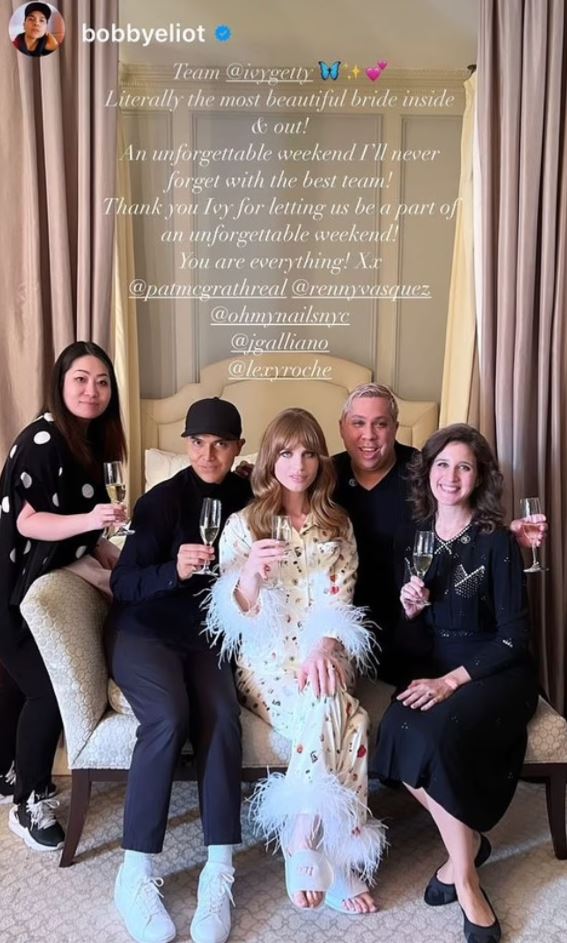 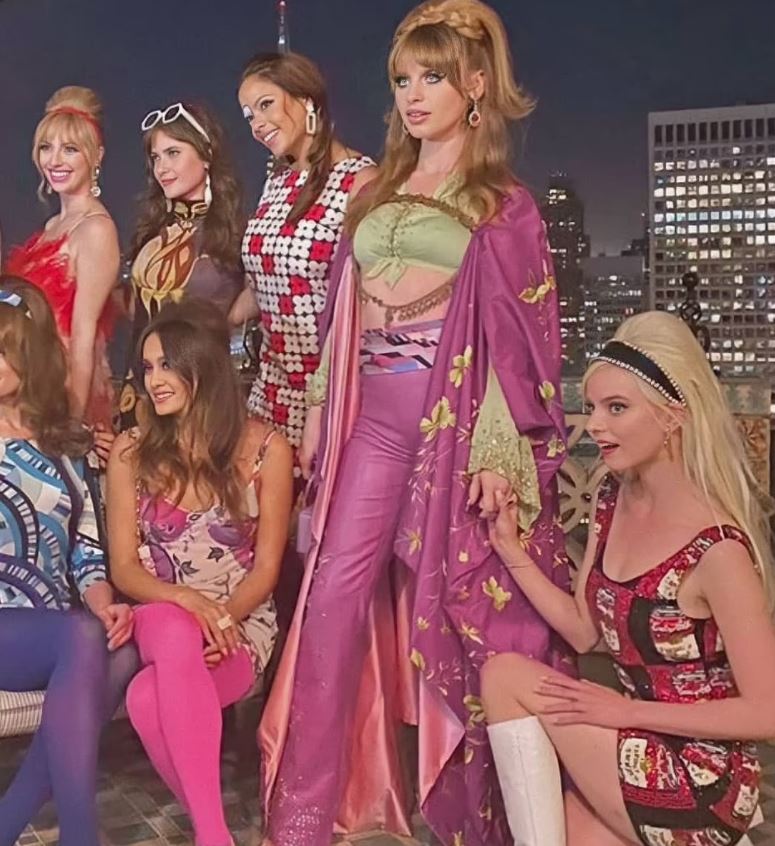 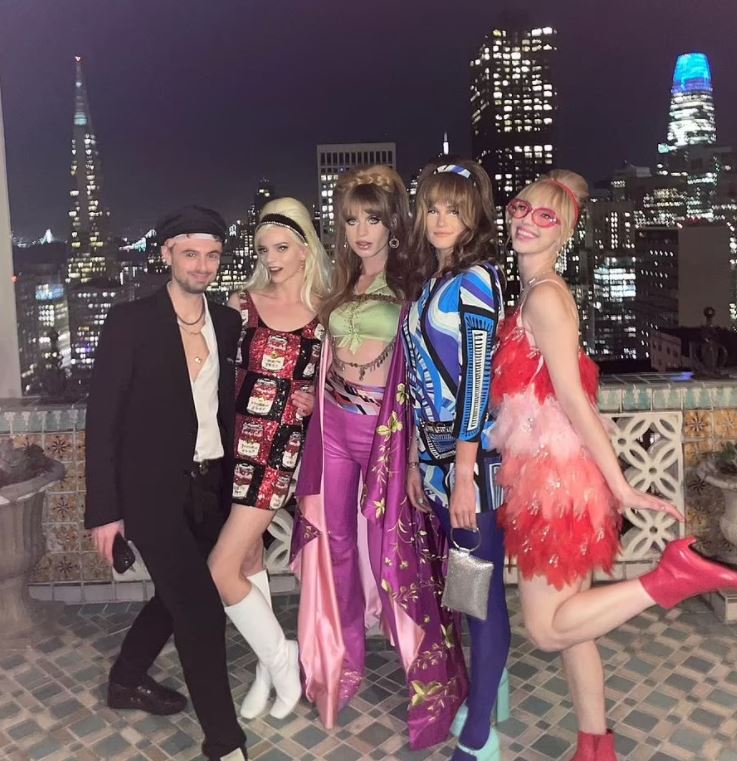 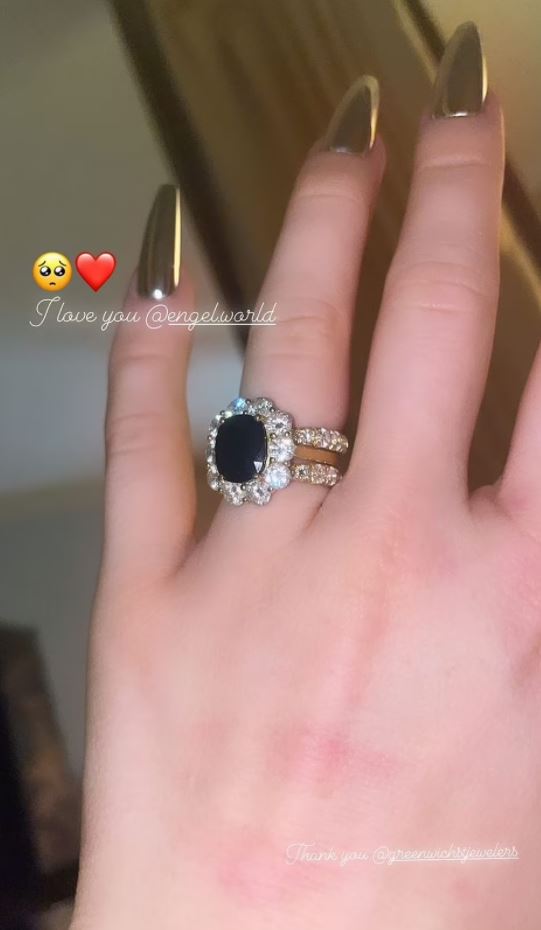