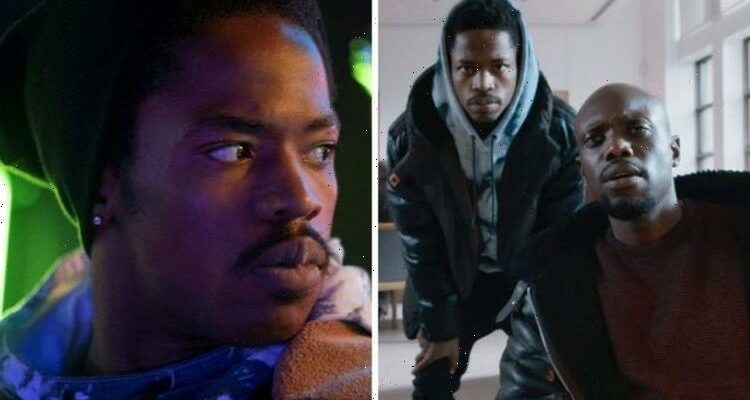 In the Dark: Trailer for ‘I Know What You Did Last Night’

The hit crime drama is confirmed to end with its fourth season, but thousands of fans are still tuning in. Back in season three, Josiah (played by Maurice Compte) moved one step closer to catching Murphy Mason (Perry Mattfield) in another thrilling instalment of In the Dark. As the CW series starts to heat up, a major blunder from Trey (Dewshane Williams) throws their plans into chaos.

The latest episode of crime drama In the Dark received mixed reactions from viewers as Murphy and co. maintained their track record of bad decisions.

Season three kicked off to a troubling start as Murphy and her friends Felix (Morgan Krantz) and Jess (Brooke Markham) were forced to go on the run after their crimes were literally dug up.

In episode four, ‘Safe and Sound’, Felix discovers one of their victims, drug lord Nia Bailey (Nicki Micheaux) was actually broke after hacking into her bank account.

With just $2,000 left in their safe, Murphy enlists the help of Trey to rob a casino.

Although their list of crimes keeps getting longer, Murphy and Trey manage to walk away with $450k.

Unfortunately, in a cruel twist of fate, they almost immediately manage to lose the stash after a run-in with a crooked cop.

Murphy and Trey arrive just in time as Felix and Darnell (Keston John) are arrested for causing a scene at the library.

Trying to stand up against racial profiling, Felix instead lands them in hot water as their arrest coule jeopardise their cover after the gang went on the run.

Trey anticipates the cops could be susceptible to bribes, and tries to offer them a portion of their newly acquired loot.

However, he makes a rookie error and hands the officer the whole bag; when the cop realises he’s holding almost half a million dollars, he promptly walks away with the entire sum.

For many fans, Trey’s actions represented a trend of increasingly poor decisions that have characterised the series from the beginning.

Many In the Dark fans took to social media to vent their frustrations with the show’s dim-witted characters.

On Twitter, one viewer wrote: “Trey should not have given that cop that whole bag. I’m sick.”

And another said: “That was dumb to give him the whole bag anyway, just take the 100k out and give it to him smh.

“If he was dirty of course he would take the entire bag.”

A third raged: “First of all, why give up the whole bag … WE WERE SOOO CLOSEEEE!”

Despite the show’s strong start, a string of bad choices and out-of-character moments have convinced some viewers to drop the series altogether.

The promo for the latest episode teases Murphy reaching out to her pursuer, Josh (Theodore Bhat) in order to track down her missing friend Jess (Brooke Markham).

While In the Dark’s messy cast of characters may be part of the show’s charm, Murphy will have to pull herself together soon to convince viewers the latest season is actually worth watching.

In the Dark season 3 continues Wednesdays on The CW.