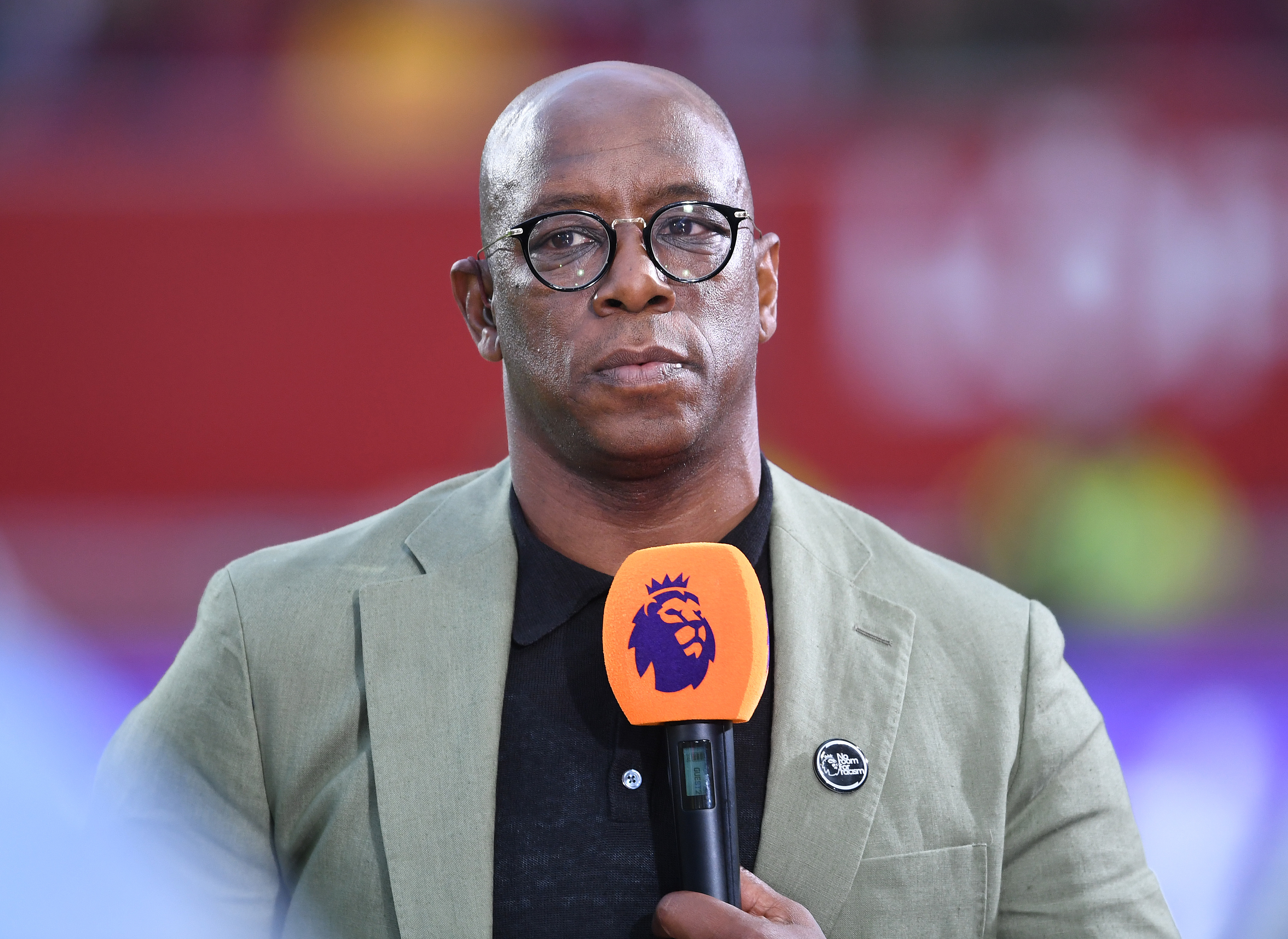 Ian Wright had to abandon ITV’s coverage of the FA Cup during half time after being told his mum died just 30 seconds before going on air.

The former Arsenal legend, 58, was commentating on the Rochdale and Plymouth Argyle second round match on Saturday afternoon when he left the programme.

It’s now been revealed Wright was told his mother Nesta had died aged 94, prompting him to leave the Crown Oil Arena.

During the interval, presenter Mark Pougatch told viewers: ‘Ian, I’m afraid is
not [with us at half-time].

‘A family bereavement, so he has gone to where he is most needed – with his family.’

The Sun quotes a friend as saying: ‘Ian would be the first to admit he had a difficult relationship with his mum, but hearing your own flesh and blood has passed away is never easy.

‘It’s upsetting news to hear for anyone.

‘He was told just before he went back on air at half time, and wanted to be with his family, which ITV obviously totally understood.

‘He left the ground immediately to be with them.’

Prior to the match, the former England player appeared to be in top spirits, posing with a fan coincidentally called Ian Wright.

Wright was raised by his mother and ‘abusive’ stepfather in Brockley, south London, and confirmed in his hard-hitting BBC documentary Home Truths they had made peace after a hard upbringing.

He called home a ‘difficult place to be’ and a ‘repressive environment’.

Metro.co.uk has contacted a spokesperson for Ian Wright for comment on this story.