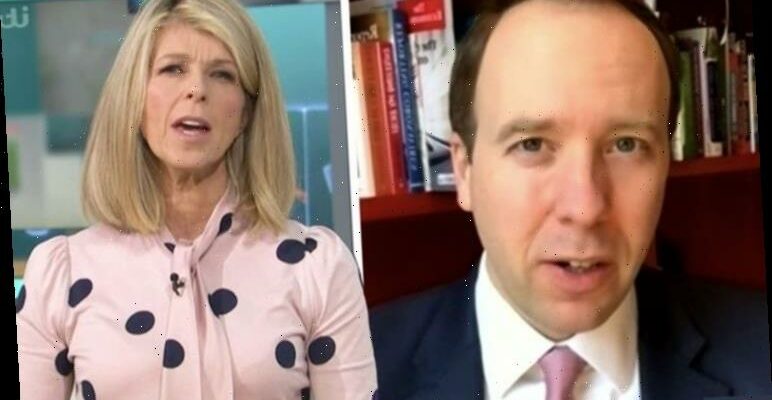 Kate Garraway and Ben Shephard interviewed Matt Hancock on Monday’s edition of Good Morning Britain about the next stage of the coronavirus vaccine rollout, easing lockdown restrictions and whether or not there was general consensus amongst the cabinet ahead of the big decisions they were going to make later this week. It came after Professor Neil Ferguson, an Epidemiologist who has been advising the government said there was a divide in the Conservative Party last autumn over when lockdown should’ve started. The GMB presenters put this to the Health Secretary who neither confirmed nor denied the comment, instead, he stayed loyal to his party.

“Do you agree with that? Do you think that has been the biggest myth? And is there a political consensus with the strategy for getting out of this lockdown so we don’t have to go in again?”

“The goal, of course, is to come out safely and in a sustainable way so we don’t have to go in again,” Hancock replied.

“Was Professor Ferguson correct? Was that the biggest myth?” The presenter reiterated. 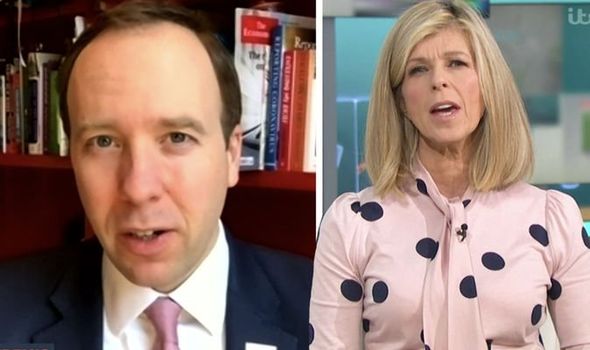 “What I care about is getting things right int he future so this week we will be having the discussions for the final decisions as to the roadmap set out that the Prime Minster has set out,” the politician explained.

Garraway jumped in and said: “He did imply, by the way, that you were one of those who wanted the lockdown, and if people had listened to you and Boris Johnson it might’ve been different.

“Will you get your way this time and have more caution? Will you be able to control it more, because it looks like those that argued against you, might’ve been wrong.”

“We learn from everything that’s happened and make the best judgement we can in the circumstances,” Hancock commented. 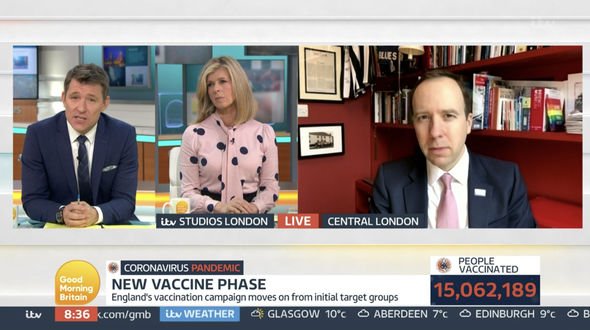 “The difference this time is we now have this vaccine programme which has gone so successfully and we can see – there are only two other countries in the world which have gone faster than us – UAE and Israel, Israel has published a huge amount of data on their vaccination programme and you can see it’s having the effect we all want to see in reducing hospitalisations and deaths, we want to see that here as well.

“That is different to last time because we didn’t have the vaccine in large scale before and we have managed to give that first jab to the most vulnerable.”

Garraway added: “I was trying to give you the chance Mr Hancock, to say you were right and the others were wrong, so full marks for loyalty.”

“Well, that was very kind of you,” Hancock said.

“But it doesn’t make it clear whether there’s going to be consensus and whether people are going to listen next time in those discussions you’re having this week,” the presenter continued. “Do you feel confident they will?”

“I feel confident we will come to the right answer based on all the evidence we have,” Hancock concluded.

As for when schools are going to reopen, Garraway asked: “Still the ambition of getting school back on March 8.

“It was the suggestion that teachers would get the vaccine over half term and it would’ve been a good way of making March 8 more likely. Why did you not do that in the end?”

“We’ve chosen to do that because the prioritisation of who gets the jab in what order is all about saving the most lives and those who are aged over 65, which is the next group, they are much more likely to die than the under 50s.,” Hancock explained.

“We’ve seen this very strong correlation between your age and your likelihood of dying with Covid.