While Queen Elizabeth II’s two oldest children, Prince Charles and Princess Anne, have played major roles on The Crown, season 4 formally introduced Prince Andrew, who is portrayed by newcomer Tom Byrne. The Netflix historical drama depicts the future Duke of York in his early 20s, during his time in the Royal Navy and before his eventual marriage to Sarah Ferguson.

Prince Andrew only makes a few brief appearances during the season. But his scenes are notable, particularly given the controversy that now surrounds the royal thanks to his association with convicted sex offender Jeffrey Epstein.

In the episode, “Favourites,” Elizabeth (Olivia Colman) summons Andrew for a “mother and son lunch” so she can determine which of her children she prefers most. During that meeting, Andrew asks what his title will be once he gets married, suggesting he’s getting serious with Koo Stark, whom the Queen describes as “the young, racy American actress.”

The prince and Stark reportedly met in 1981 and “were close” for about two years, with author and journalist Tina Brown claiming in The Diana Chronicles that she was Andrew’s “only serious love interest.” At the time, the actress was most notable for starring in the 1976 British film The Awakening of Emily.

“It’s set in the 1920s and follows an impressionable, nubile 17-year-old girl, Koo,” Andrew says in the scene, describing the plot of the film to the shock of his mum. “The story is that she returns home from a finishing school in Switzerland to her mother’s country house in the English countryside… There she meets several twisted and perverted older predators who seduce the vulnerable, helpless young Emily as we follow her induction into sensual pleasures.” 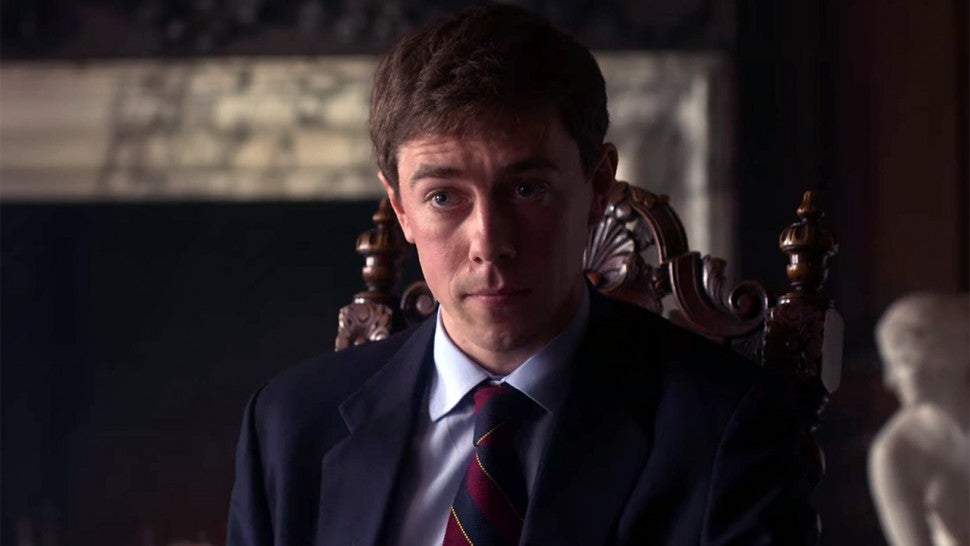 Later in the season, during the episode, “48:1,” Andrew and the Queen share another notable scene together, in which he reveals that he’s chosen his younger brother, Prince Edward (Angus Imrie), to be his best man during his wedding to Ferguson and tells his mother that he is a better “heir” than Prince Charles (Josh O’Connor).

Over the past year, Prince Andrew’s reputation has fallen and his royal duties have been reduced after renewed allegations of sexual assault stemming from his ties with Epstein and an ill-advised November 2019 television interview denying any wrongdoing. Following the backlash, the Duke of York announced that he was stepping back from royal duties “for the foreseeable future.”

“It has become clear to me over the last few days that the circumstances relating to my former association with Jeffrey Epstein has become a major disruption to my family’s work and the valuable work going on in the many organizations and charities that I am proud to support,” Andrew said in the statement. The 59-year-old royal also revealed that Her Royal Highness gave her permission for her son to step down. 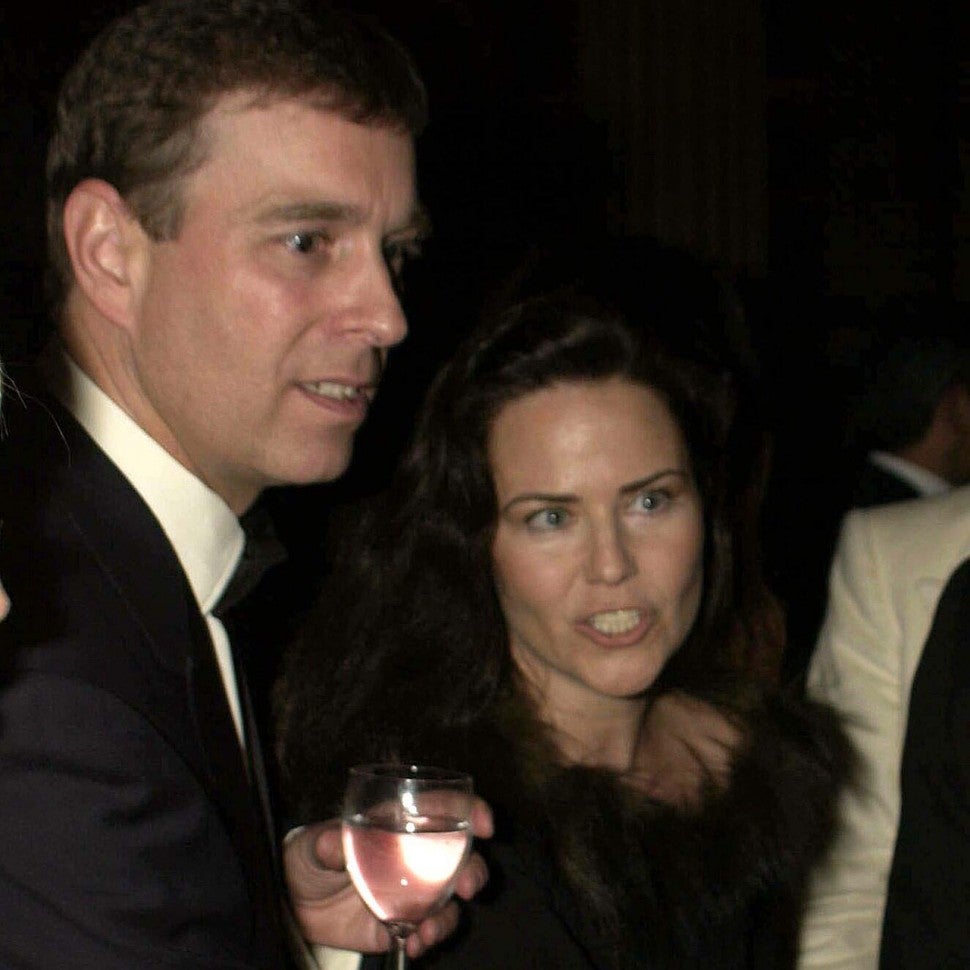 Prince Andrew and Koo Stark at a party in 2002.

More specifically, Virginia Roberts Giuffre alleges she was sex-trafficked to the prince when she was 17 years old. “I was sexually abused by Prince Andrew,” she claims after first meeting the royal in March 2001. “He knocked on the door, he came inside Ghislaine [Maxwell]’s townhouse, and we’re sitting there having tea. She goes to Prince Andrew, ‘How old do you think Virginia is?’ And he said, ‘17.’ And she’s like, ‘Oh, you’re right!’ He’s like, ‘My daughters aren’t far from your age. My daughters are a little bit younger than you.’”

Later that evening, “I asked Jeffrey to take a photo of me and Prince Andrew together,” Giuffre alleges. “Right after that photo was taken, I was sexually abused by Prince Andrew for the first time.”

According to the docuseries, Maxwell, was arrested by the FBI over the summer, denies all allegations and maintains that she “had no involvement in or knowledge of Epstein’s alleged misconduct.” Additionally, Buckingham Palace issued a statement: “It is emphatically denied that the Duke of York had any form of contact or sexual relationship with Virginia Roberts.”

Meanwhile, after Giuffre first came out with her allegations of sexual assault in 2015, Stark reportedly came to the prince’s defense, claiming that he was a good person.

The Crown is now streaming on Netflix.