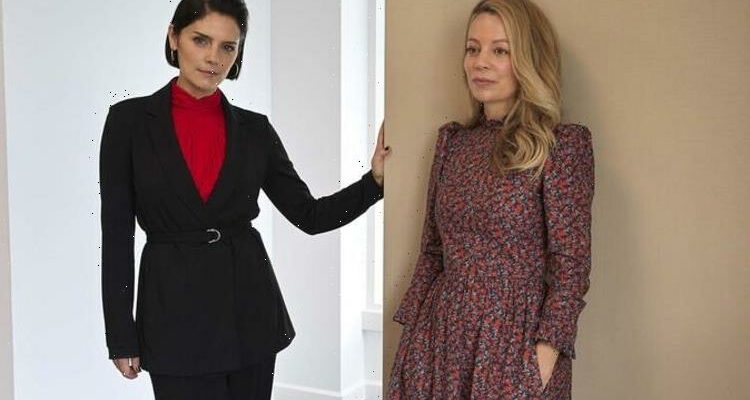 The Split: Trailer for season 3 of BBC divorce drama

The Split season three is returning to BBC One and Hannah and Nathan (played by Stephen Mangan) are working on their own divorce agreement. Actress Walker has already teased that the TV series will end with a wedding, and fans will have to wait patiently to find out who ties the knot. Express.co.uk has all you need to know about how many episodes are in the series and when they will air.

How many episodes are in The Split season 3?

The final season will continue to follow the divorce lawyers as they navigate their messy lives.

Trying to keep their personal affairs separate from work will prove even more difficult this season.

The legal drama will follow the same pattern as previous seasons, with the third season consisting of six episodes.

They will air weekly on Monday nights, from 9pm until 10pm on BBC One.

With this in mind, the finale is expected to air on Monday, May 9.

Fans will be pleased to hear the episodes will also be available to watch on BBC iPlayer.

A synopsis for the first episode gives some insight into what fans can expect from the explosive last season.

It says: “Hannah and Nathan are in the final stages of negotiating their divorce, but Lennie advises her that going through with it would be a terrible mistake.

“When Nathan reveals he has met someone else, the amicable separation takes a turn for the worse.

“Nina [Annabel Scholey] and Hannah take on a new client, the fianceé of the now-deceased Earl of Brode, who is struggling to evict his ex-wife.”

She said: “I’m in denial! I keep thinking we’re going to meet up next year and make another one.

“I’m still grinning all the time because anything to do with The Split family puts a massive smile on my face.

“I want everyone to enjoy it. It’s such a good story and it has a fantastic ending,” she told The Mirror.

The legal drama has been written by Abi Morgan and it first aired in April 2018.

The Defoe family continue to work in divorce law for the family firm, with Hannah choosing to take a different path.

Some new faces will be appearing in the show’s final outing, including Lara Pulver as Kate.

Kate is a child psychologist who adds a new and complex layer to the story.

The trailer for the final instalment has also been released and it shows Hannah and Nathan fighting against each other.

Nathan is heard saying: “You no longer have a say in what I do,” as they navigate their own divorce.

The final season is set 10 months after the events of the previous season, when Nathan and Hannah’s marriage ended.

Hannah’s betrayal is at the centre of the season and she quickly realises how much she could lose.

The BBC teased: “A shocking revelation that dramatically changes the stakes.

“Battle lines are redrawn, their dream of achieving the ‘good divorce’ is left in tatters.”

The Split season 3 starts tonight, April 4, on BBC One at 9pm.