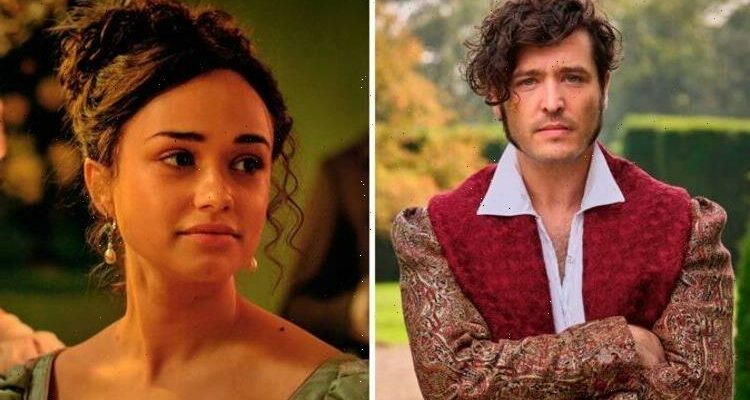 Sanditon tells the story of Charlotte Heywood (played by Rose Williams) who moves to the fishing village for a fresh start. It isn’t too long before she finds herself caught up in a flirtationship with Sidney Parker (Theo James), who is only briefly mentioned in Jane Austen’s unfinished novel. When the period drama originally aired, it didn’t conclude with an ending anyone expected.

From the very first episode of Sanditon, the chemistry between Charlotte and Sidney was clear to see.

Some viewers were backing a relationship with her and James Stringer (Leo Suter) but, despite his admiration for her, it turned out to be unrequited love.

Charlotte only had eyes for Sidney and was eager to marry him but Sanditon season one instead ended with him leaving her for another woman.

While he was in love with Charlotte, Sidney chose to marry wealthy widow Eliza Campion (Ruth Kearney) for her money, leaving his beloved heartbroken.

How many episodes are in Sanditon season 2?

ITV cancelled Sanditon after one season which led to an uproar from fans who petitioned for its return.

Their voices did not go unheard and so Sanditon was picked up for a second and third series by the streaming service Britbox.

Sanditon season two will premiere on Masterpiece on PBS in America, on Sunday, March 20, and on Britbox UK on Monday, March 21.

The second outing of the drama will be made up of six episodes, two episodes shorter than series one.

Often with streaming services, full series are released in one go so fans can binge-watch whenever they want.

This will not be the case with Sanditon season two though as only the first episode will come out on Britbox on March 21.

From then on, a new episode is going to come out every Monday until it reaches its grand finale.

Sanditon season two will release its conclusion on Monday, April 25.

Actor James will not be returning for the new series and neither will actor Suter.

So there are going to be two new love interests waiting in the wings for Charlotte in season two.

The first will be Colonel Francis Lennox (Tom Weston-Jones), a celebrated war hero and the second, Alexander Colbourne (Ben Lloyd-Hughes), the guardian of the children Charlotte is the governess to.

So who will she fall in love with, if either of these potential suitors?

Whereas series one was shown on ITV, season two is exclusively airing on Britbox.

There are no other platforms in the UK that will be showing the drama for now until it starts airing on the network later this year.

To be able to get access to Britbox, fans must be a subscriber which costs £5.99 per month.