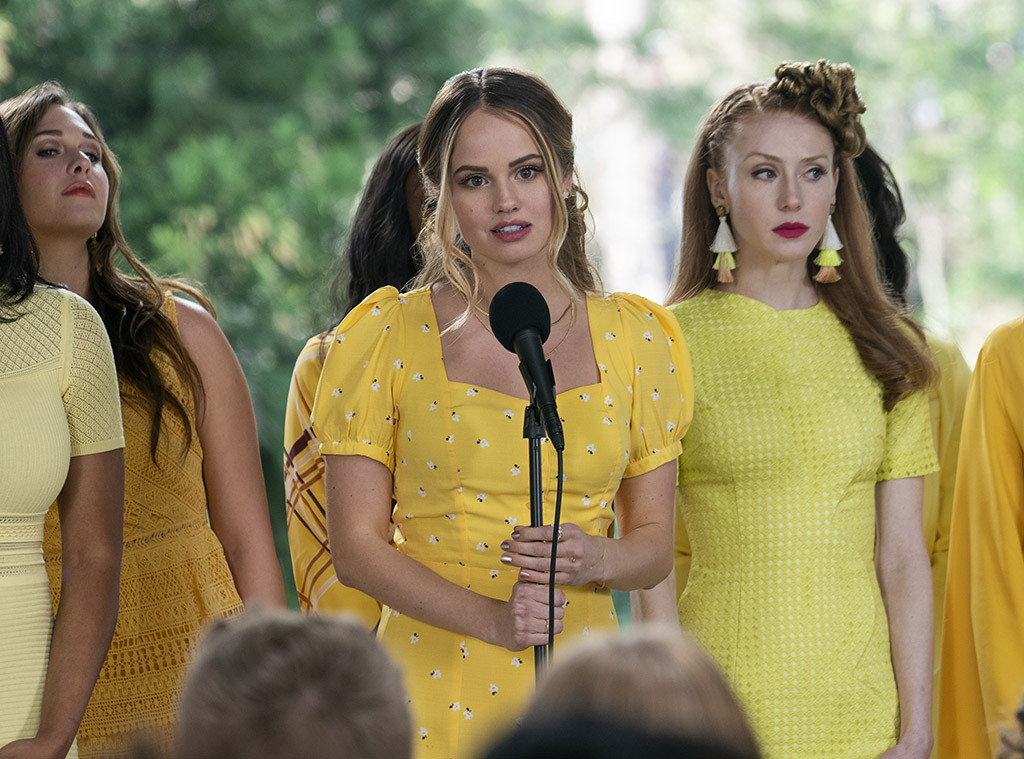 Whether you were craving it or not, Insatiable is back for more.

Over a year after Netflix’s pitch black beauty pageant dramedy debuted to much consternation over just what sort of story it was telling, the show, created by former Dexter scribe Lauren Gussis, has returned for a second helping on Friday, Oct. 11. The series, which stars former Disney starlet Debby Ryan as Patty Bladdell, a formerly overweight teenager hellbent on getting revenge on her onetime tormentors as she enters the pageant circuit, was a lightning rod for controversy from the second the anyone ever saw a trailer for the thing and remained that way throughout much of the first season’s life cycle. So much so that it feels almost like something of a small miracle that a second season is even seeing the light of day.

Within days of that first trailer dropping last June, hinting at a storyline that counts its heroine being punched in the face by a homeless man while fighting over a bar of chocolate and being put on a liquid diet for the summer, only to slim down and finally be deemed as hot, as its inciting incident, a petition began circulating begging Netflix to reconsider putting what they deemed to be the toxic story of “Fatty Patty” out there for the impressionable young girls to see.

“For so long, the narrative has told women and young impressionable girls that in order to be popular, have friends, to be desirable for the male gaze, and to some extent be a worthy human … that we must be thin,” the petition, which gained 200,000 signatures within a week, read. “We still have time to stop this series from being released, and causing a devastation of self-doubt in the minds of young girls who will think that to be happy and be worthy, they need to lose weight.”

In response, Netflix, Gussis, Ryan and several of the show’s other stars, including Dallas Roberts, Alyssa Milano and Christopher Gorham, were quick to defend their creation, each of them insisting the show was, in fact, using an over-the-top, satirical lens to examine the damage fat-shaming causes. Gussis, in particular, tweeted on July 20 about her own experiences as a 13-year-old mirrored those of Patty. “I thought if I looked pretty on the outside, I’d feel like I was enough. Instead, I developed an eating disorder…and the kind of rage that makes you want to do dark things,” she wrote. “The show is a cautionary tale about how damaging it can be to believe the outsides are more important–to judge without going deeper. Please give the show a chance.” 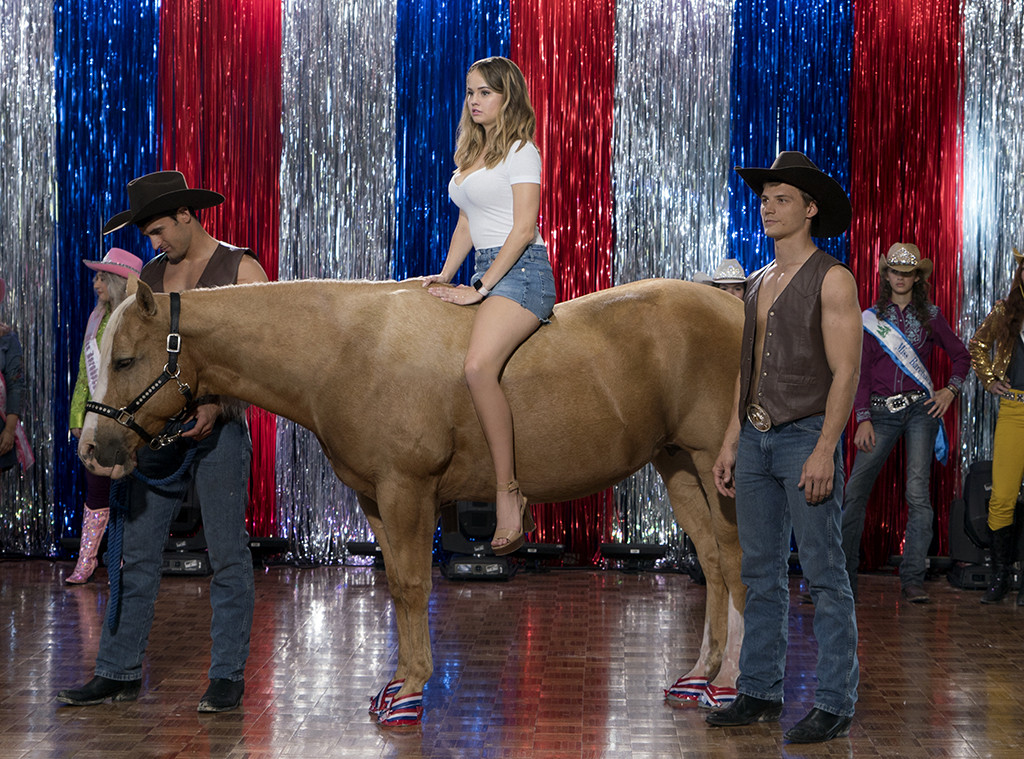 At the show’s premiere event in August, Gussis told Variety that Netflix never once hinted at the possibility of pulling her show in the face of criticism, adding, “They knew it was a satire and we discussed the issues going into it so that when the issues came up, we could poke the bear so people could talk about the them.”

Of the show that was originally developed for the CW before the network passed on taking the pilot to series, she swore that the satirical approach was paramount to what she was hoping to achieve. “Being able to laugh means you’re in on the joke, which means you identify,” Gussis said. “That means people are going to be able to look at this and go, ‘I get that, and that means somebody else inherently gets me and I’m not alone, and I’m connected.'”

Ryan, who donned a fat suit for those early “Fatty Patty” scenes, insisted that everything in the series was born with the best of intentions. “It really comes from a place of compassion and it was such an eye-opening experience for me learning about things I could have never known,” said the actress, who revealed she listened to the podcast “She’s All Fat,” which features two hosts discussing body positivity and struggling with shame over personal appearances, to prepare for the role. “Just walking through the world with friends and people close to me with very intense and visible weight fluctuations and watching the difference in their treatment ignited a fire in me. The rage was a lot of preparation for me.”

In response to Ryan’s revelation, “She’s All Fat” hosts Sophia Carter-Kahn and April K. Quioh tweeted, “We’re not sure how our show could inspire a thin actress to don a fat suit as we’ve discussed at length how this very act is incredibly harmful to the fat community.”

Nevertheless, the show was released as planned on August 10 as the reviews began rolling, one more negative than the next. Tim Goodman of The Hollywood Reporter labeled it “trite,” “unfunny” and “a hot bloated mess.” Linda Holmes, writing for NPR, insisted that the show was only “satire in the same way someone who screams profanities out a car window is a spoken-word poet.” Vulture’s Jen Chaney called the show “an equal-opportunity train wreck” that didn’t just traffic in stereotypes about fat people, but also in those about “the LGBTQ community, Southerners, women, Christians, conservatives, African-Americans, and probably some other groups I’ve neglected to mention.”

Celebrates author Roxanne Gay, writing for Refinery29, called the show “lazy” and “insulting,” nothing that “Insatiable’s greatest sin is that it suffers from a profound lack of imagination. The show cannot imagine that a straight man could truly love pageants and mentoring young women and be secure in his masculinity, or that a young lesbian could love herself enough to not fall in love with her straight best friend, or that a fat girl could be happy, healthy, and thriving without losing weight. Never does this show dare to imagine that maybe it was everyone else who had the problem when Patty was fat, not Patty herself. The show cannot imagine that perhaps, the most profound way Patty could seek vengeance would be to love herself at any size, to be seen by a love interest as lovable at any size, to see herself as beautiful because of rather than despite her fat body.”

The first season holds an approval rating of just 13 percent on Rotten Tomatoes. 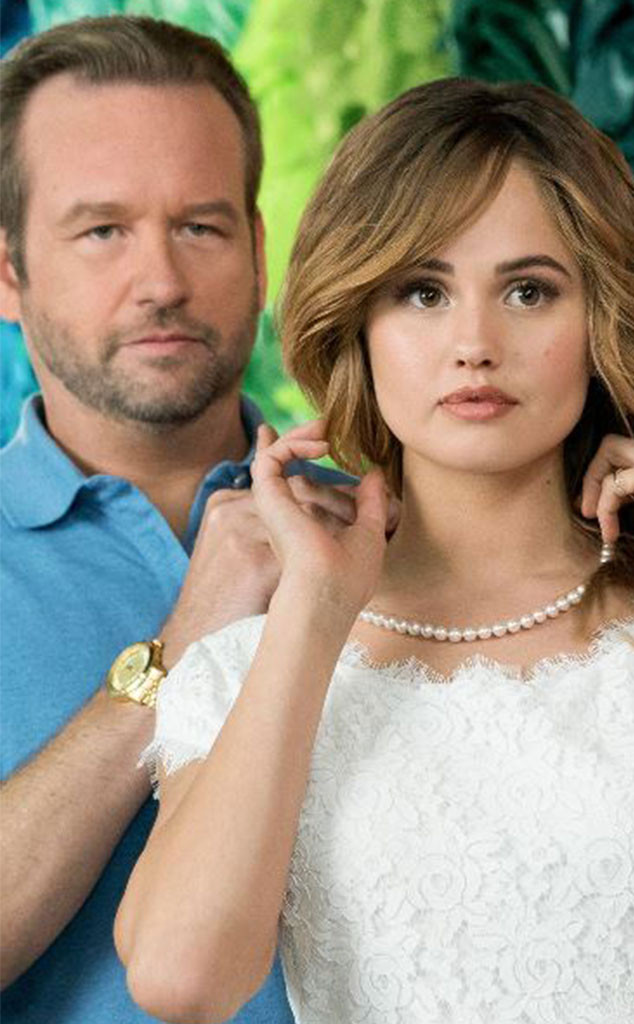 Gussis responded to the absolutely savage reviews her creation received in an especially contentious interview with The Hollywood Reporter, comparing them to attempts at censorship. “I think that if we try to tell people how they should tell their stories, if we try to silence them, then we are doing the opposite of what art needs to do, which is to spark conversation and I think we are, as a society, getting very close to the dangers of censorship,” she said. “And I think that if we tell people, and artists specifically, that you can only tell a story in a certain way and you are only allowed to tell a story in a way that makes me feel comfortable, then we’re never offering ourselves an opportunity to grow and that artists have the right and the obligation to tell their own truths and not be told that they should tell it a certain way.” (Not exactly the best look when your show is still streaming as is on the biggest streaming service in the world, but we digress.)

Despite (or maybe because of) all the negative publicity surrounding Insatiable, Netflix never once publicly batted an eye at the way their new series had been received and it renewed the show for a second season a month after it debuted. While the streaming giant famously does not release viewership data, it’s safe to assume that enough households were curious over what the big freaking deal with this new show was, given all the vitriol it received, and checked it out, triggering an order for a second season. Or maybe it was just part of some bigger deal with CBS Television Studios, who produces Insatiable for the streamer. We’ll never know for sure because Netflix will never tell.

Remarkably, in the lead-up to the October release of season two, Netflix has done very little to promote the new batch of episodes aside from releasing a trailer that seems to hint that the show is leaning into the controversy, labeling itself  “outrageous,” “hot,” “criminal,” “messy,” “and really, really, twisted.” No press was done by Gussis or any of the show’s stars. There was no premiere event. For a show the streaming service had such faith in the first time around, it’s certainly arriving for season two with very little fanfare, dropping the same day at the highly-anticipated El Camino: A Breaking Bad Movie.

While it’s not uncommon for Netflix to devote less resources to shows the older they get, the total lack of attention shown here is, well, puzzling. However, when we say no press was done by the show’s cast, we should admit there’s a caveat to that statement and that’s that we’re simply referring Stateside media. Because Ryan and Roberts, who stars as Bob Armstrong, Patty’s pageant coach and partner in crime, were sent, inexplicably, to the Philippines days before the new season dropped to speak to reporters there. (Is the show wildly popular in Manila? Who knows because, once again, Netflix doesn’t say.)

While there, Ryan addressed the show’s reception in season one and how it impacted the way Gussis approached season two. “I’ve been working with someone who is so collaborative and so involved and [who] really cares about the nuances in the way that the story [is told]. So towards the backlash, she really does care about the intricacies of it and to be able to have those conversations with her every day on the set and ask why this person is doing this,” she told reporters, according to BusinessWorld. “It was always less about how she looked and more about what every single woman and a lot of men experience in culture, which is this pressure to achieve this thing. Or look this way. Or fit in this mold… To me, it was always about making a story for a woman who has… found herself in dark places because of this unrealistic standard on all of us and this policing of women’s bodies.”

What remains to be seen is whether or not anyone will be back to see whether Gussis and her cast have managed to actually pull that off this time around.