[Editor’s Note: The following contains spoilers from “Crazy Ex-Girlfriend” Season 4, Episode 8, “I’m Not The Person I Used To Be.”]

“We wrote [Fontana] off the show because he voluntarily left. And he’ll be in ‘Tootsie’ on Broadway,” Bloom said during a panel for the show at the Television Critics Association press tour this summer. “But with an actor leaving, that left an exciting gap. His character has become like lore.”

With Becky in “Roseanne,” Aunt Viv in “Fresh Prince of Bel-Air,” or Darren in “Bewitched,” recasting a role isn’t usually acknowledged on the show, although the audience can’t help but be aware of the change. However, “Crazy Ex-Girlfriend” did the opposite and uses the recasting as an opportunity to comment on the changes that Rebecca went through this season as she sought therapy for her borderline personality disorder. She’s not the person Greg had met in the pilot, and therefore, the way she interprets the world is different. He’s also been through changes, seeking a new life of recovery and higher education in Atlanta.

“It seemed really fun to us to explore characters who haven’t seen each other in such a long time,” said co-creator Aline Brosh McKenna. “He’s a character who’s been in recovery for two years, and she’s been in a pretty serious recovery for a year herself. It seemed like a fun opportunity to revisit people who had really changed so much.” 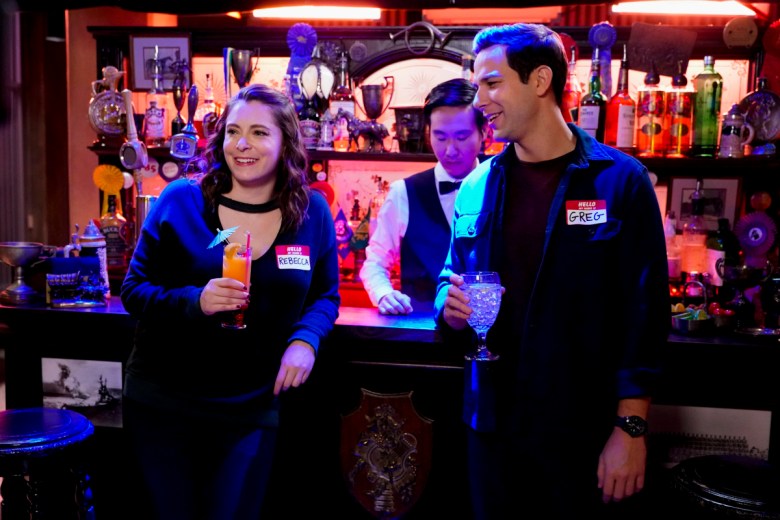 Rebecca’s friends have no problems recognizing Greg, which reinforces the idea that the audience has experienced the show through Rebecca’s skewed point of view. While it was known that the show’s many musical numbers take place in Rebecca’s head, it’s revealed that Rebecca is, in fact, a horrible singer. She just thinks she sounds amazing, and therefore, that’s what the audience has experienced.

Brosh McKenna said, “The show is very much a first-person show, and we commonly deal with her perceptual issues, that she sees the world, in a different way from other people… It seemed like for that reason, that [the recasting] made a lot of sense.”

As Rebecca and Greg catch up, neither is willing to dredge up a past that was fueled by chemistry, but tainted by their respective issues. They decide to start anew, which leads to the musical number “Nice to Meet You,” in which the two sing and dance through various meet-cute scenarios in the subway, at a bar, and the doctor’s office. 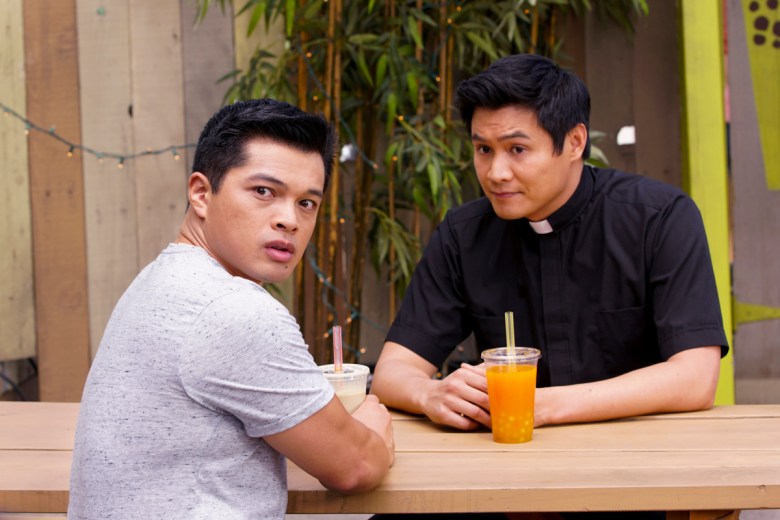 The high school reunion also provides other opportunities to reexamine perceptions. Popular bro Josh Chan (Vincent Rodriguez III) was voted prom king in senior year, and he’s taken that responsibly a bit too seriously as the supposed leader of the school. However, he learns that his pal was actually voted prom king and didn’t want the role, so Josh the runner-up was crowned.

“Josh finds out that a linchpin of his identity never happened. That prom king thing has been a huge part of his identity,” said Brosh McKenna. “Josh has really had a lot of his conceptions about himself shift away over time. This is a hard one for him to swallow, but what he realizes is, like many of the challenges he’s experienced in life, this is actually an opportunity for him to move forward and do something that the high school hero doesn’t normally do.”

Josh starts with hanging out with a group of people he didn’t know existed at his high school: The Abracada-Bros, a group of magic enthusiasts that includes George (Danny Jolles), one of Rebecca’s former coworkers. This also leads to the musical number “What You Missed While You Were Popular,” which opens his eyes to his narrow high school experience.

Josh isn’t the only one to have their world shift after a revelation. His high school sweetheart Valencia (Gabrielle Ruiz), who is now dating Beth (Emma Willmann), had a torrid affair with another student at the time and even wanted to run away with him after graduation. In a classic case of mixed connections, her note declaring her love got lost… only to be recovered at the reunion. In an elaborate reveal, it turns out that her old flame is Father Brah (Rene Gube, who also wrote the episode), the cool priest who has been advising Josh and his pals.

“That was something that the writers’ room had always talked about because she seemed like she’s never really been that happy with Josh,” said Brosh McKenna. “Also, we had always wanted to do an episode where we got into Father Brah and his past a little bit more to portray a priest in a way that is dimensional so that he’s not saintly, that you see that he has struggled a bit in his life to get to where he is, that he was a young dude just like everybody else and made this decision.” 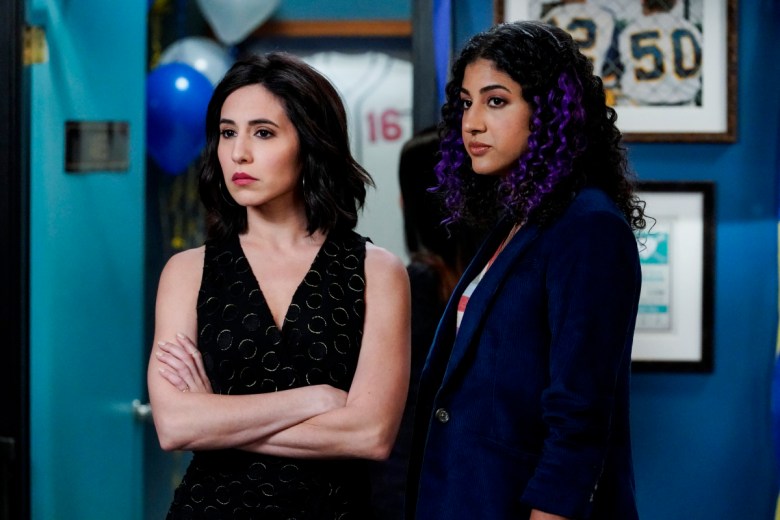 This episode marks the halfway point in “Crazy Ex-Girlfriend’s” final season. Rebecca getting help, quitting her lawyer gig to run a pretzel shop, and seeing the world differently aren’t the only signs of progress from her early days of instability. Although she and this new Greg appear to be rekindling their romance, she confesses to him that shortly after he left, she spiraled out of control and slept with his father. Oops.

“He’s very upset, devastated, disgusted. But also, he sees that it took courage for her to say that, and that she probably wouldn’t have said that two years ago,” said Brosh McKenna. “She didn’t have to tell him. He actually sees in the moment that she’s also changed and she faces the emotional consequences. So, I think he admires that even as he kind of wants to barf.”

Rebecca’s story began with following her crush Josh Chan across the country to live in West Covina. Throughout these four seasons, she’s dated him, Greg, and the lawyer Nathaniel (Scott Michael Foster), and have subsequently split because of her issues. Now that she’s on the path to recovery and all three men are currently single in the same city, Brosh McKenna says that a love quadrangle could “indeed” be in her future, but would only confirm Rebecca’s broad trajectory.

There’s a happiness gap for her, and there always has been, between where she is and where she wants to be,” she said. “She’s going to continue to try and puzzle that out.”