IT turns out Andrew Lloyd Webber was right all along about Jessie Buckley.

A decade since the theatre king stormed off his own BBC1 talent show when she lost the public vote to play Nancy in West End musical Oliver!, the Irish singer has finally become a superstar. 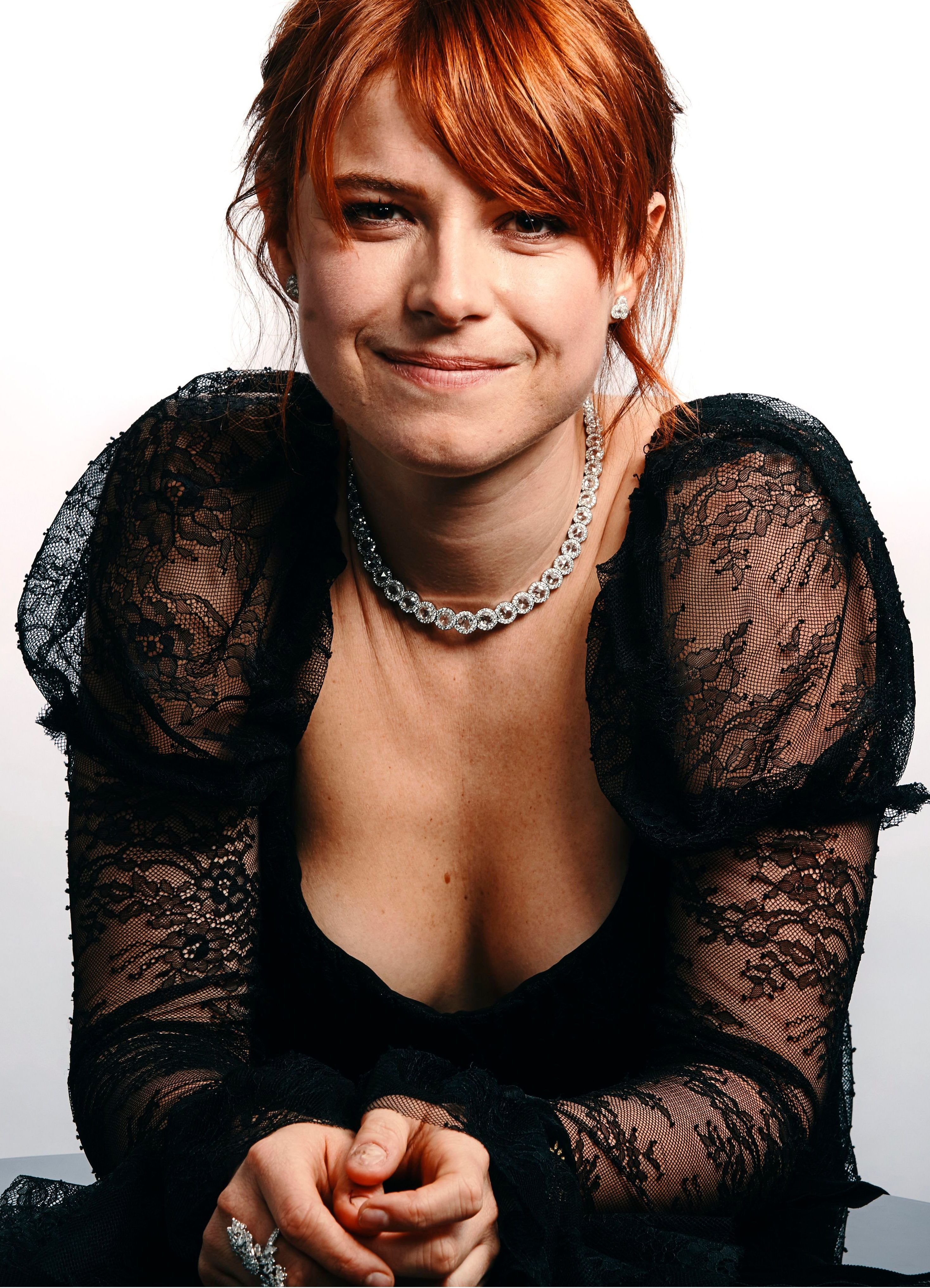 Jessie, 29, is winning five-star reviews for her role as country singer Rose-Lynn Harlan in new movie Wild Rose, dubbed the British A Star Is Born.

Her move into the movie big leagues caps an incredible turnaround for Jessie, who must have feared  a life on the reality show scrapheap following her shock final defeat on I’d Do Anything  back in 2008.

But anyone connected with that series, including judge Denise Van Outen, knew the 18-year-old redhead would one day have the last laugh.

Speaking to The Sun, Denise, 44, said: “Jessie was just incredible, she was very special and definitely had star quality. 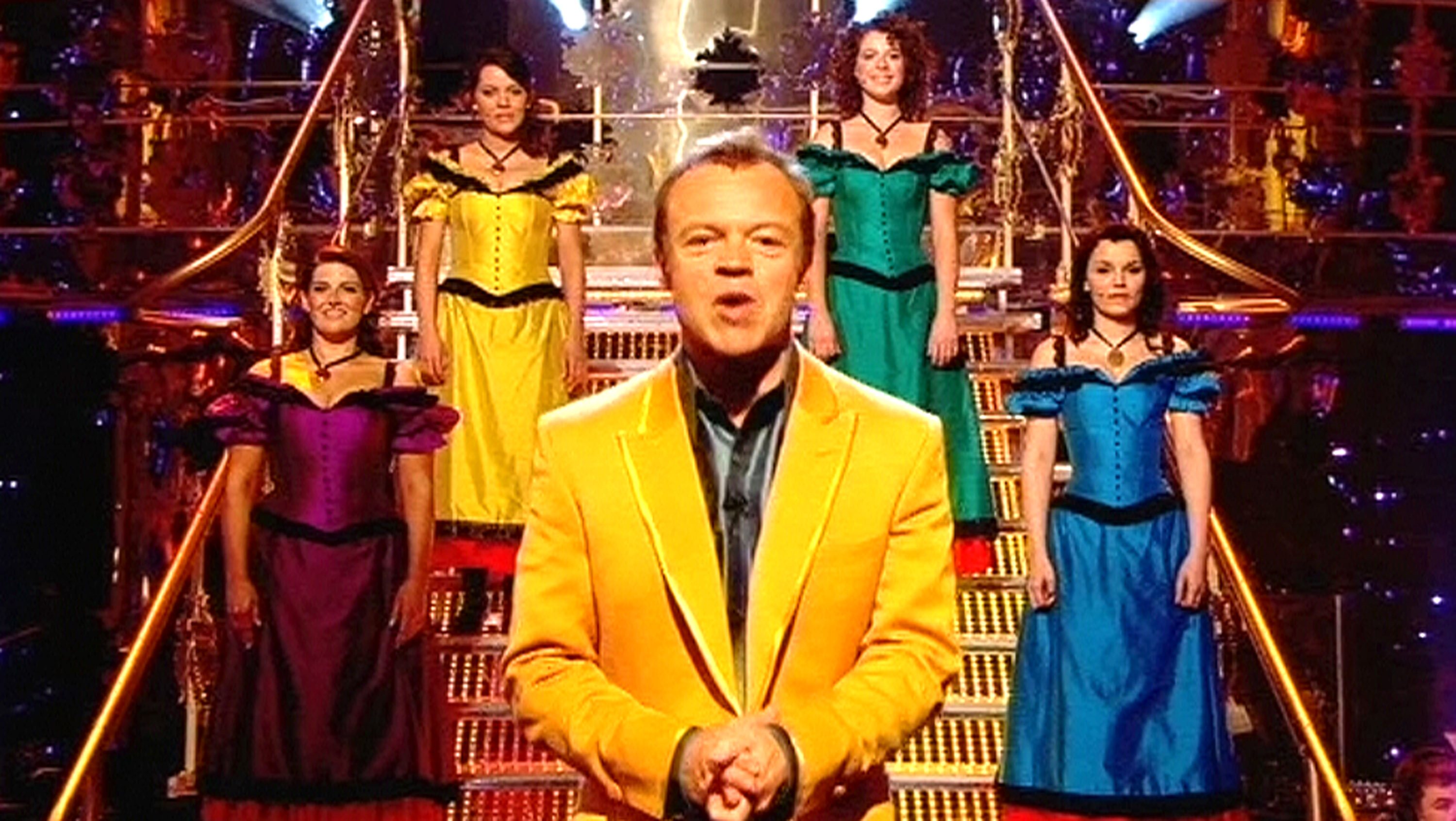 “Andrew was gutted she didn’t win. He said one of her performances was, ‘The best he’d every heard from somebody her age’.

“I’m not at all surprised she’s gone on to do great things.”

And Densie believes  that despite her newfound movie success,  Jessie will return to the stage — and finally become  Lloyd Webber’s leading lady.

She said: “I’m sure he’ll be creating something quite special for her as we speak. Andrew would love it.”

‘I FEEL LIKE A CAT WHO HAS NINE LIVES’

At the same time, Jessie was taking the Toronto International Film Festival by storm with the Wild Rose premiere. She excels as the steely Rose-Lynn, a working-class Glaswegian single mum and ex-convict who dreams of making it big in Nashville.

The soundtrack features songs from country heavyweights including Emmylou Harris and Wynonna Judd, most of which are sung by Jessie. She even wrote a few  herself.

Speaking about how she has gone from reality show runner-up to starring alongside British acting royalty Julie Walters, who plays her onscreen mum, Jessie said: “I can’t believe 11 years has gone by. I feel like a cat that’s had nine different lives”

Jessie was born in Killarney, County Kerry, and was educated at an all-girls convent school. She is the eldest of five siblings.

Her mother  was  a vocal coach and harpist, while her father managed  a bar. When she competed on I’d Do Anything, she had just been refused a place at Guildford School of Acting.

Unlike many of her competitors, she was incredibly raw but she instantly caught Lloyd Webber’s eye.

Denise explains: “From day one, everyone saw her potential and thought she was a star.

“We just felt at that time she was a bit young, naive, not quite ready.”

Jessie sailed through the rounds, with Lloyd Webber gushing she was an “extraordinary performer” who possessed the “sacred flame of star quality”. 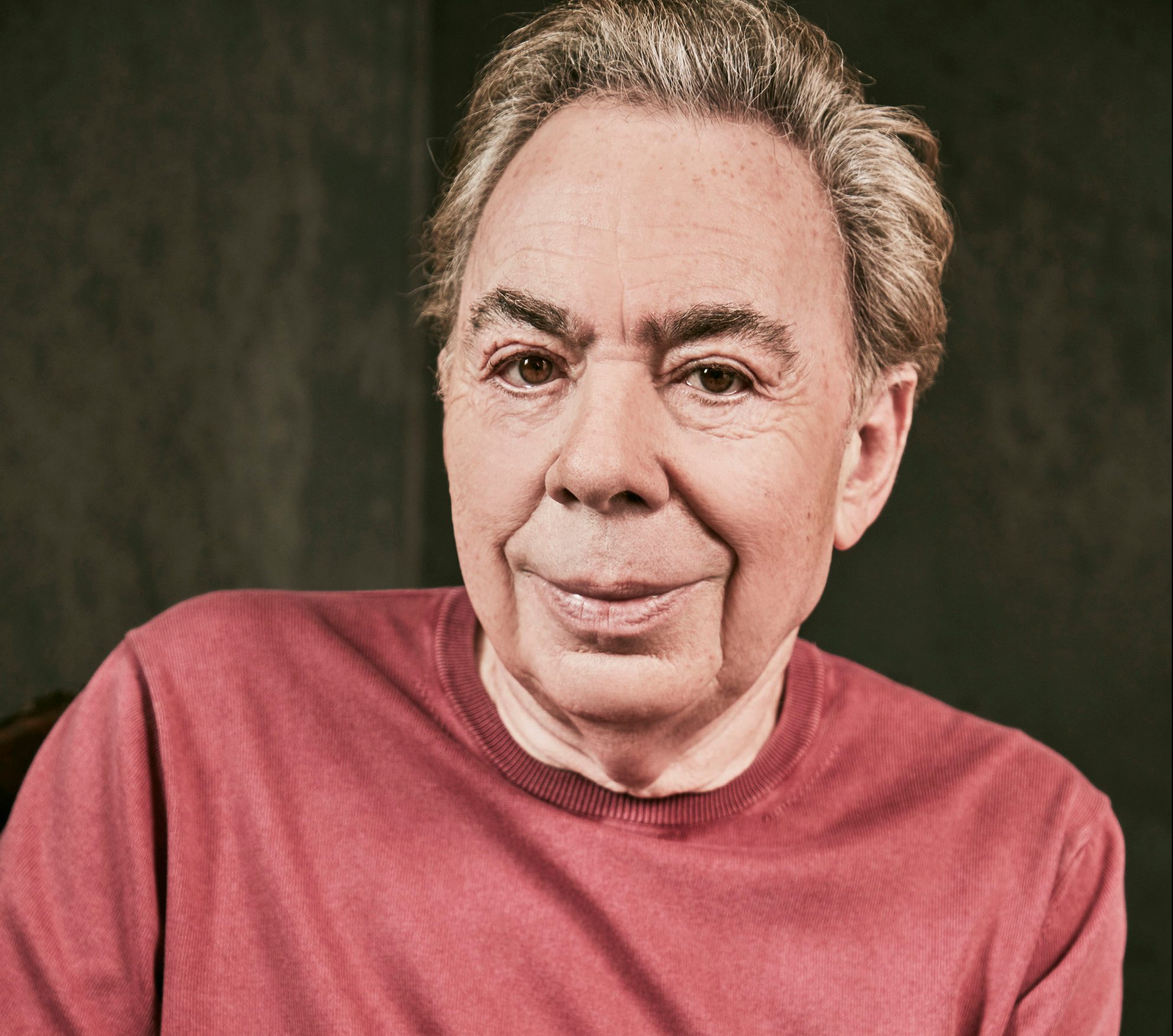 But then the British public triggered one of the biggest shocks in TV talent show history when she was beaten to the part of Nancy by former cruise ship singer Jodie.

Lloyd Webber went berserk and stormed out. Denise believes that theatre producer Cameron Mackintosh’s  comments that Jodie was “too big” to play Nancy were a major factor in the result, leading to an outpouring of sympathy for her.

She said: “Andrew was gutted, terribly gutted. But people got right behind Jodie because she was the shape of an average woman.”

Teenager Jessie’s success in the series was made even more surprising after she revealed last April that she was suffering from mental health problems during filming.

She said: “That age, it’s a funny time in life, becoming a woman

“I suppose my way of channelling that was singing, and that was a saviour in many ways. I felt like I needed it.  I was really sad. 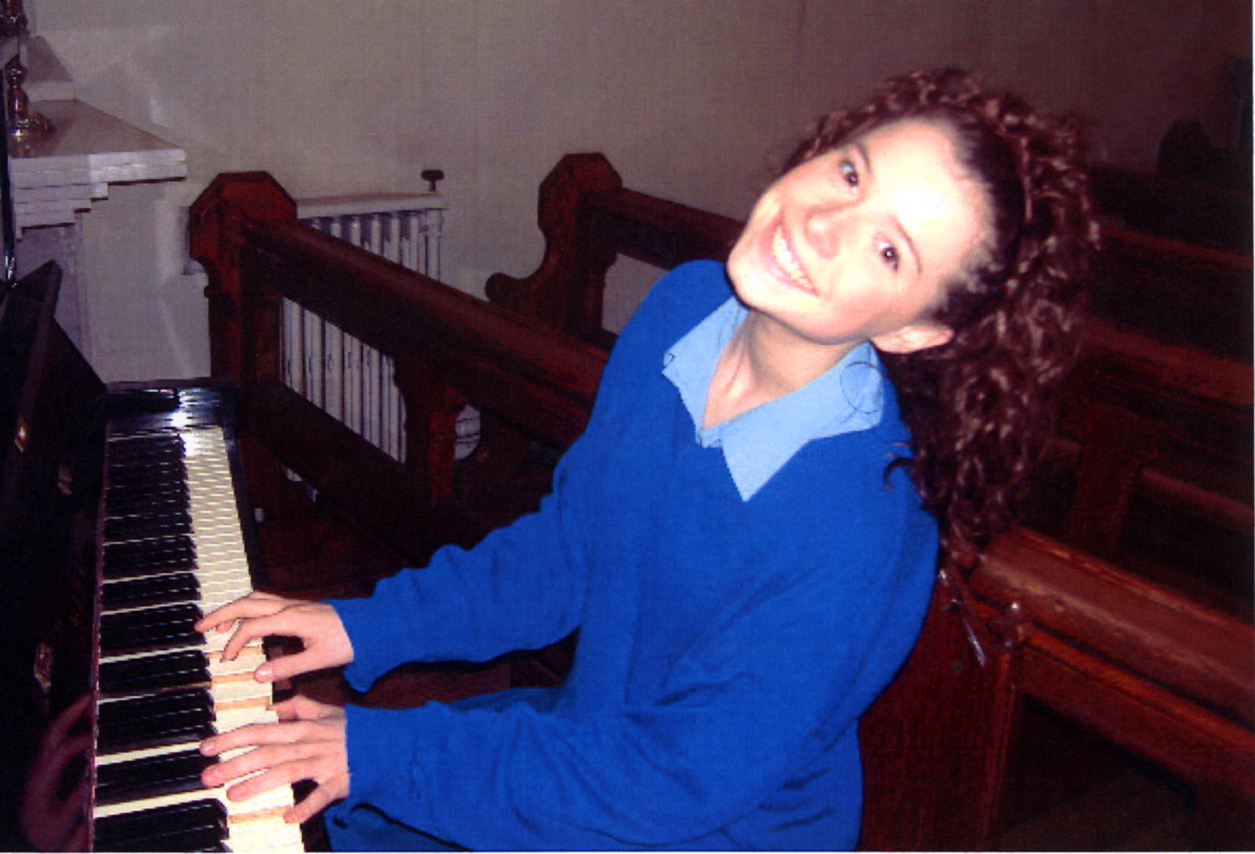 “The adrenaline rush of being in that show got me through and for a little while I could forget all, but after the show finished, I really hit that low point again.

“I was in London, in a big city by myself, and still not well because I’d just put a plaster over it.”

Following the series, which also launched the career of  Samantha Barks, 28, who went on to appear in the 2012 film version of Les Miserables, Jessie turned down the role of Nancy’s understudy and other potentially lucrative jobs.

She remained in London, working as a jazz singer in Mayfair club Annabel’s and as a shop assistant selling cereal to pay the bills.

Jessie wanted to learn her craft before auditioning again, and was eventually accepted into drama school Rada.

Jessie built up her CV by taking on various low-budget theatre roles, including in Stephen Sondheim’s musical A Little Night Music alongside Maureen Lipman, which later moved to the West End.

She graduated from Rada in January 2013 and signed up for a summer season at Shakespeare’s Globe theatre.

Her stock began to rise and she featured alongside Jude Law in the West End production of Henry V and in the Kenneth Branagh Theatre Company’s production of The Winter’s Tale.

She began dating co-star James Norton but they  split in the summer of 2017. Speaking about their break-up in April last year, Jessie was refreshingly blunt. 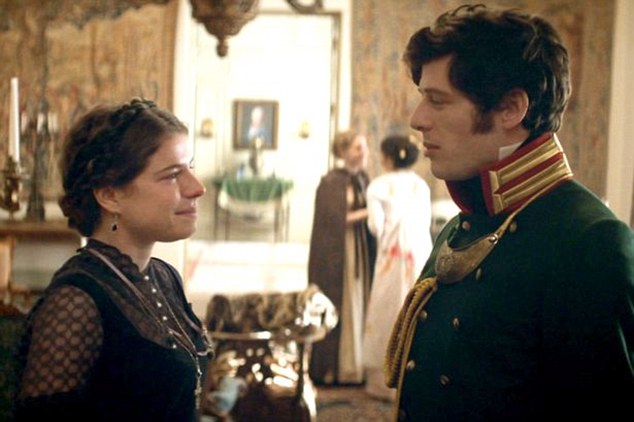 She said: “It was acrimonious, but it’s a tough job to have a relationship and he is a great man and we are great friends. That’s it.”

In 2017, Jessie featured alongside Tom Hardy in BBC series Taboo.

Roles in BBC dramas The Last Post and The Woman in White followed before she made her move to film in psychological thriller Beast.

That earned her a Bafta Rising Star nomination at this year’s ceremony in February — an honour previously won by  Tom Hardy, Shia LaBeouf, Kristen Stewart and John Boyega.

She missed out on victory to Black Panther star Letitia Wright.

But there is little doubt she will be in contention for further gongs courtesy of Wild Rose.  Top agent Jonathan Shalit OBE, the man who discovered Charlotte Church, believes Jessie is the perfect example to  talent show hopefuls that have suffered knockbacks but have the talent to succeed.

He told The Sun: “Jessie’s success is down to really intelligent career choices and taking the long-run view. Doing Shakespeare at the Globe and classy dramas with Jude Law and Tom Hardy has given her massive standing.

“You can see why she’s got this role in Wild Rose. She had a CV that says ‘Great actress’.

“By going for the quality rather than the money, it meant when the big one came along, the casting agents could see this girl is world class.”

She is certainly proving those words true. 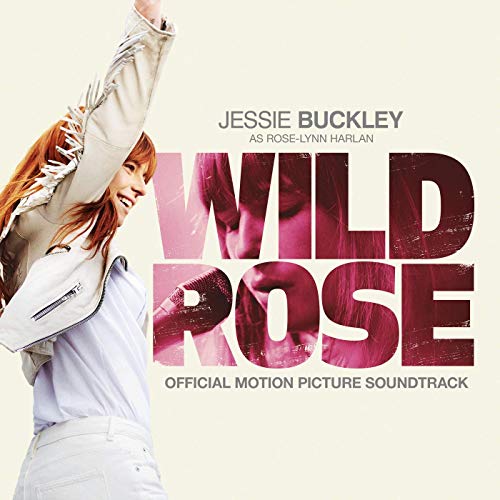